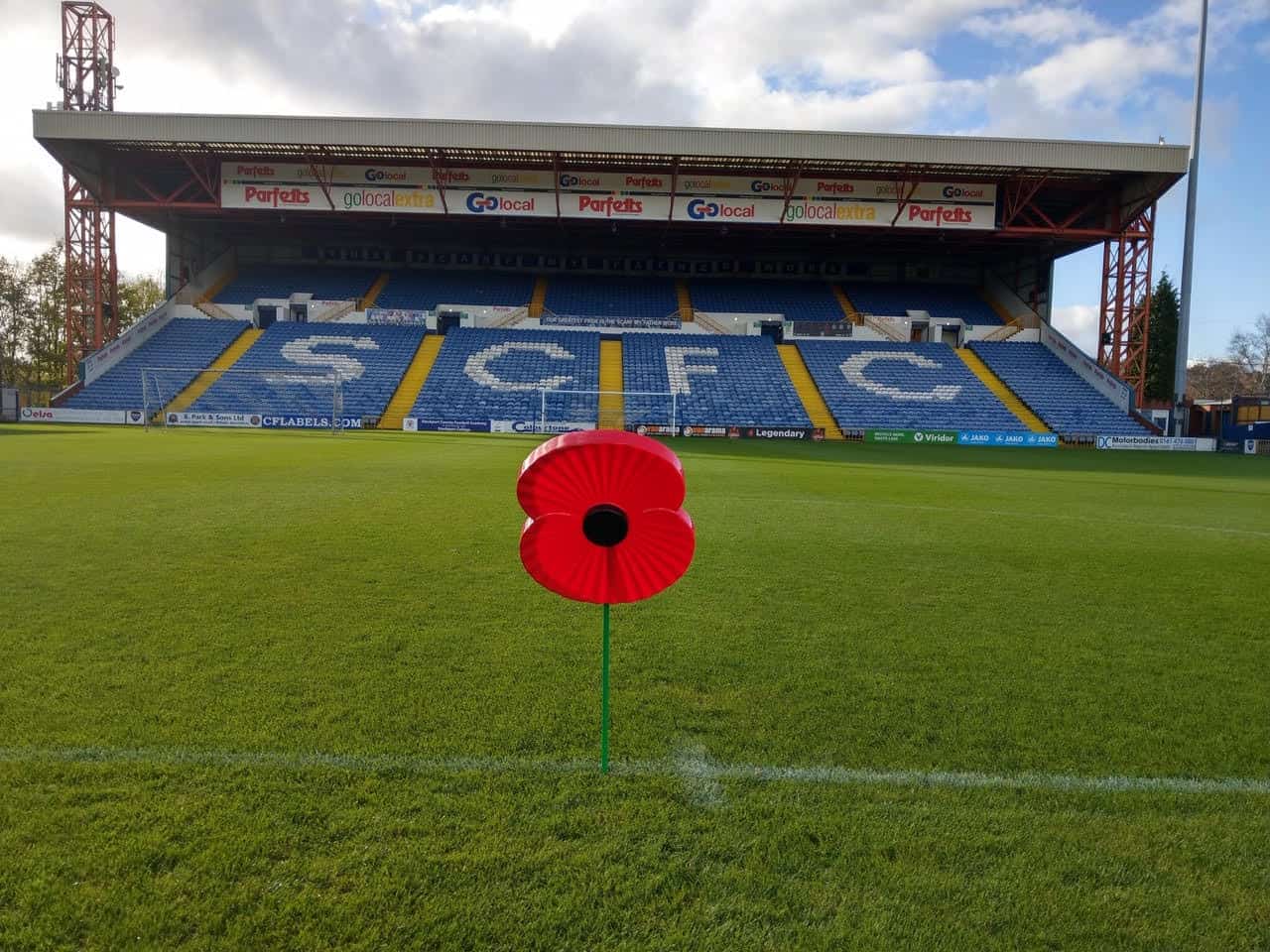 This Saturday, 103-year-old RAF veteran George Haigh will unveil a plaque in tribute to former County players who lost their lives serving their country during World War One.

George is one of the oldest surviving professional footballers in the world, having made his debut for the Hatters in 1936. 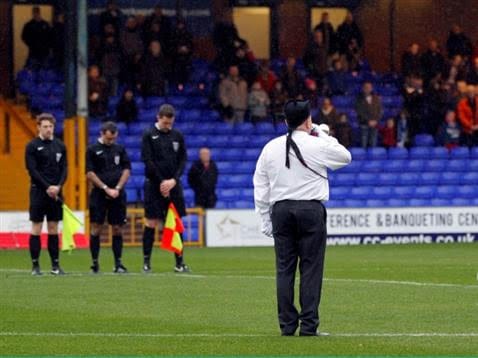 On Saturday, November 17, County face Brackley Town in the National League North, the club’s first home game in November and earliest opportunity to mark Armistice Day and the 100th anniversary of the end of the Great War.

County Director Jon Keighren said: “Last weekend, many County fans attended some of the deeply moving remembrance services held across the borough as the people of Stockport came together to pay tribute to those from the British Armed Forces who made their sacrifices in defending the freedoms we enjoy today.

“As part of the club’s contribution to this important period of reflection, we are proud to be unveiling a specially-designed plaque at 12.15pm on Hardcastle Road to commemorate our former players who made the ultimate sacrifice and lost their lives in conflict.” 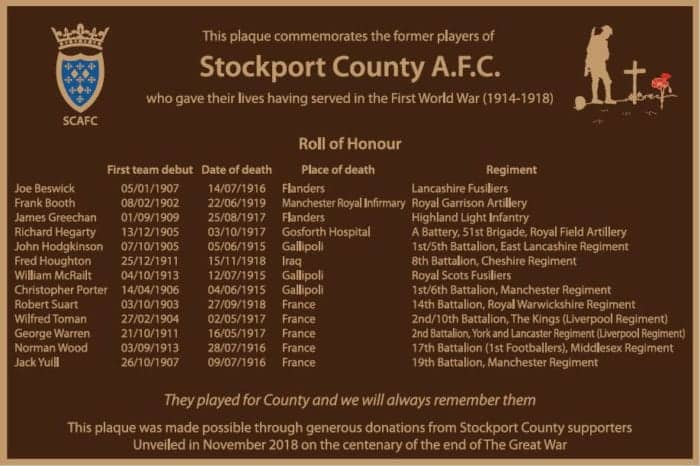 The plaque has been cast in bronze, measures 900cm x 600cm and is the brainchild of County historian Marcus Heap, who will unveil the tribute alongside former County player and centenarian George Haigh, one of the oldest surviving professional footballers in the world at the age of 103.

Marcus said: “This wonderful plaque bears the club crest from 100 years ago, when the guns fell silent at the end of World War One. The project has been financed through generous donations from our supporters, with any surplus funds being donated to the Royal British Legion, and we are truly honoured to have George Haigh joining us to unveil this tribute.” 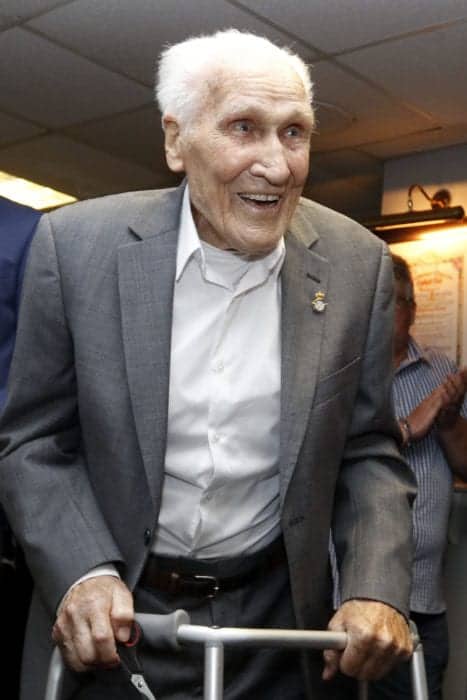 George was born on June 29, 1915 in Reddish, Stockport, and left school in 1929 to sign for Manchester City as an amateur, working in a dying and bleaching factory alongside playing football. He became great friends with team mate and England international goalkeeper Frank Swift, who died following the Munich air disaster, an incident which George says ‘broke my heart’.

He went on to play for County until 1939 when World War Two effectively ended his pro career – he joined the RAF as a PT instructor and was initially posted to RAF Morecambe, where he trained new recruits and parachutists, still playing football at weekends.

George said: “The war definitely curtailed my career and it really intervened with everything as far as professional football was concerned.  As soon as war broke out, all contracts were cancelled and that made it very difficult because most of the players then had nowhere to go, so that’s when I decide to join the Air Force as a physical training instructor.” 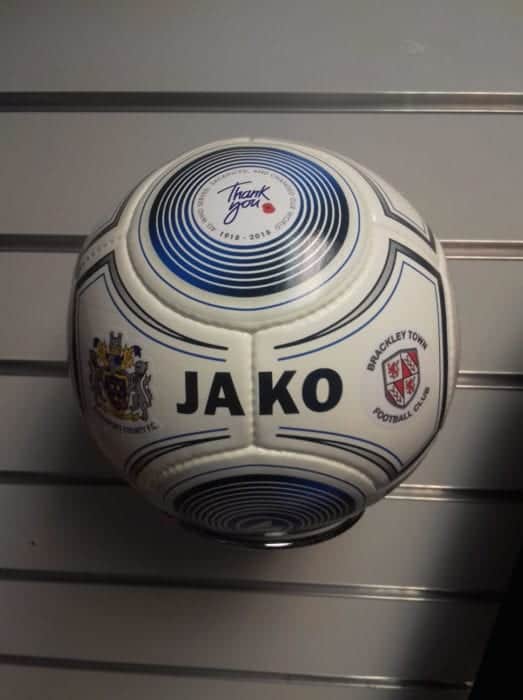 Stockport County has also produced a commemorative scarf for the period of Remembrance and a special match ball for Saturday’s game, with both being used to raise money for the Royal British Legion. There is also a specially-commissioned coin for the referee to use before the fixture. County would like to thank Press the Ball and JR Sports for creating the unique match ball for this Remembrance fixture. 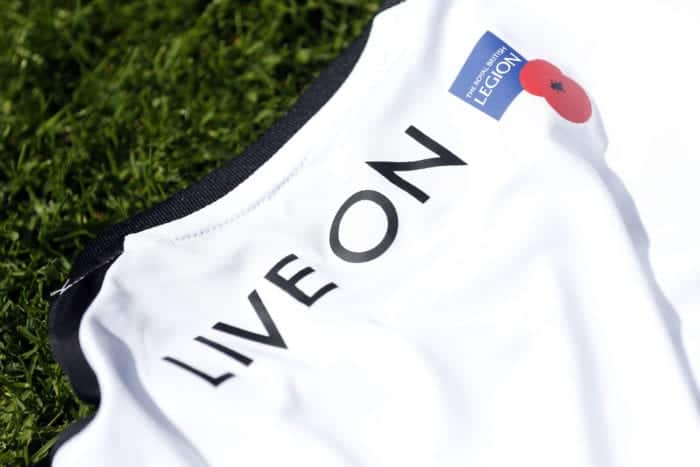 The Stockport Branch of the Royal British Legion will be collecting donations on behalf of the nation’s leading armed forces charity before the game and will also receive a cheque for £1,000 from the sale of County’s special Poppy shirts, which carried the emblem of the Legion for the whole of last season.

The entire first team squad will wear shirts bearing the symbol of the poppy during Saturday’s game, and there will be a minute’s silence before kick-off to allow supporters to pay their respects to the fallen in the First World War, as well as all other conflicts. 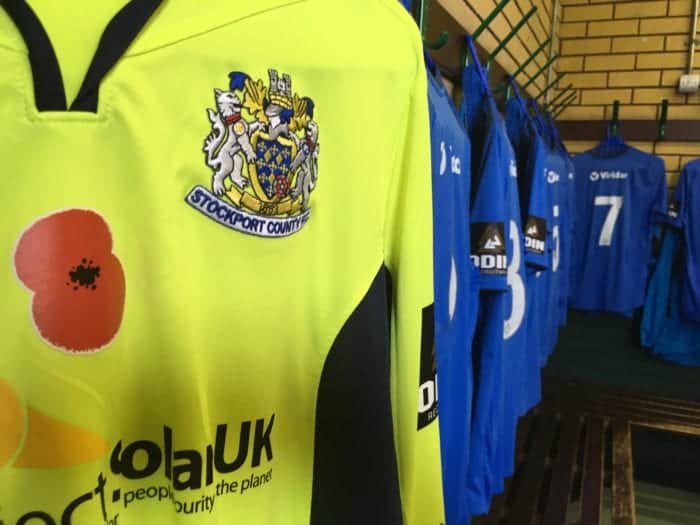 Jon Keighren said: “Approximately 6.7 million people in the UK are eligible for the Legion’s help and they provide financial, social and emotional support to members and veterans of the British Armed Forces, their families and their dependents, so County has always been proud to support the Legion at this time of year.

“The names of more than 2,800 people are commemorated on war memorials across our borough, showing the scale of the losses in this town alone. This football club will never forget them.”