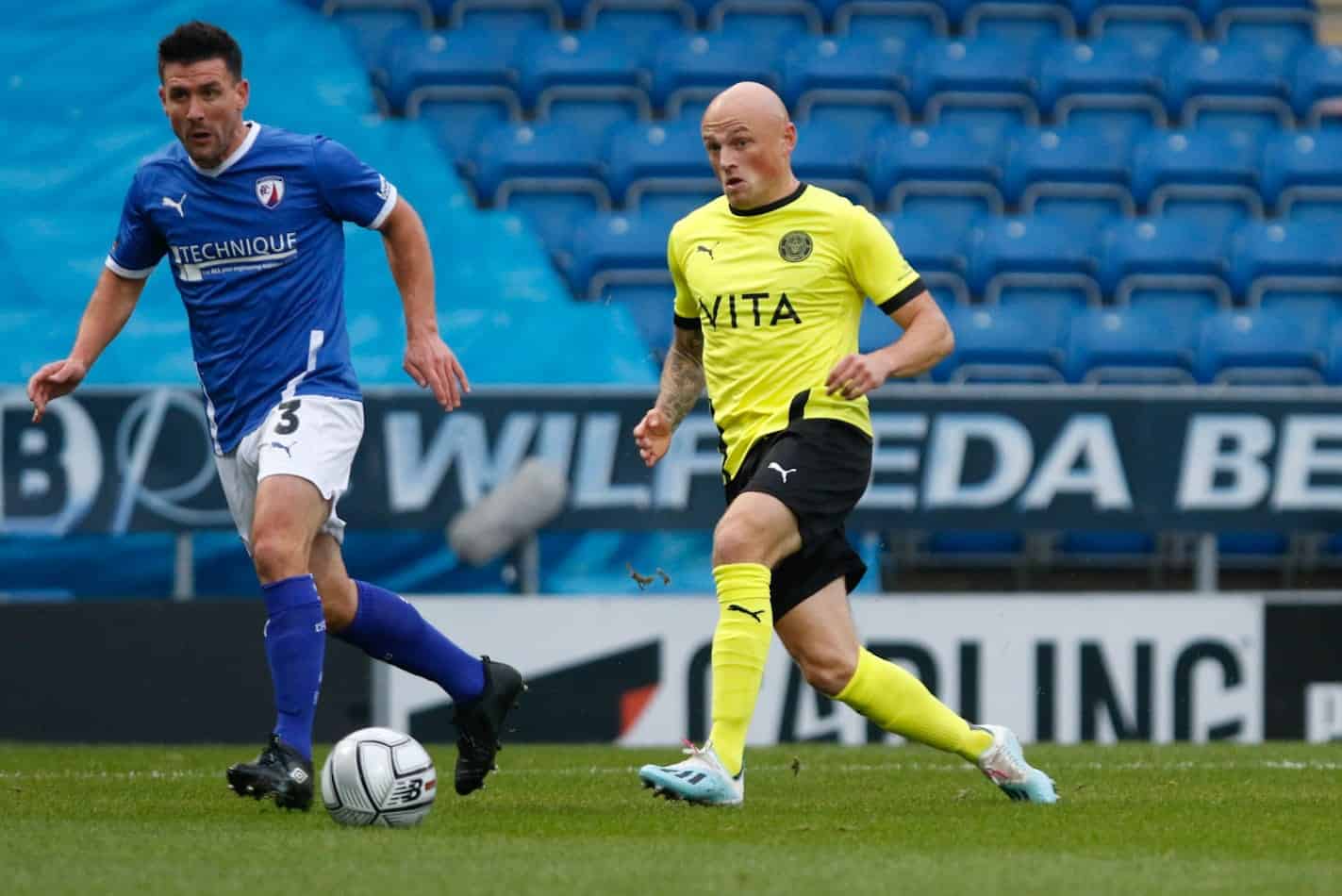 Hear post-match reaction from match-winner Alex Reid, and man on the match Sam Minihan, as another County late show sent the Hatters top of the National League table.

After making a decisive impact off the bench for the second week running, Alex believed the win and performance showed how together the team is right now, with every member of the squad playing a part.

He described it as a good win against a strong Chesterfield side, although was sad that no supporters were in the ground to witness such an exciting game.

Although early in the season, Alex believes that moving top of the table is an early statement of intent from the side, with the focus now on staying there over the coming weeks.

Hear all of that and more from Alex in the video below.

Delighted at moving top of the table, Sam believes it’s fully deserved for the side after the last four performances, describing the team as ‘relentless’ at the minute.

The defender talked about how much he is enjoying his role as wing-back in this new look team, believing it really suits both him and the team.

Reflecting on the mood around the team at the minute, Sam emphasised how every member of the squad will play a crucial role this season, with substitutes playing a key role in the last few weeks.

Watch the full interview with Sam in the video below.