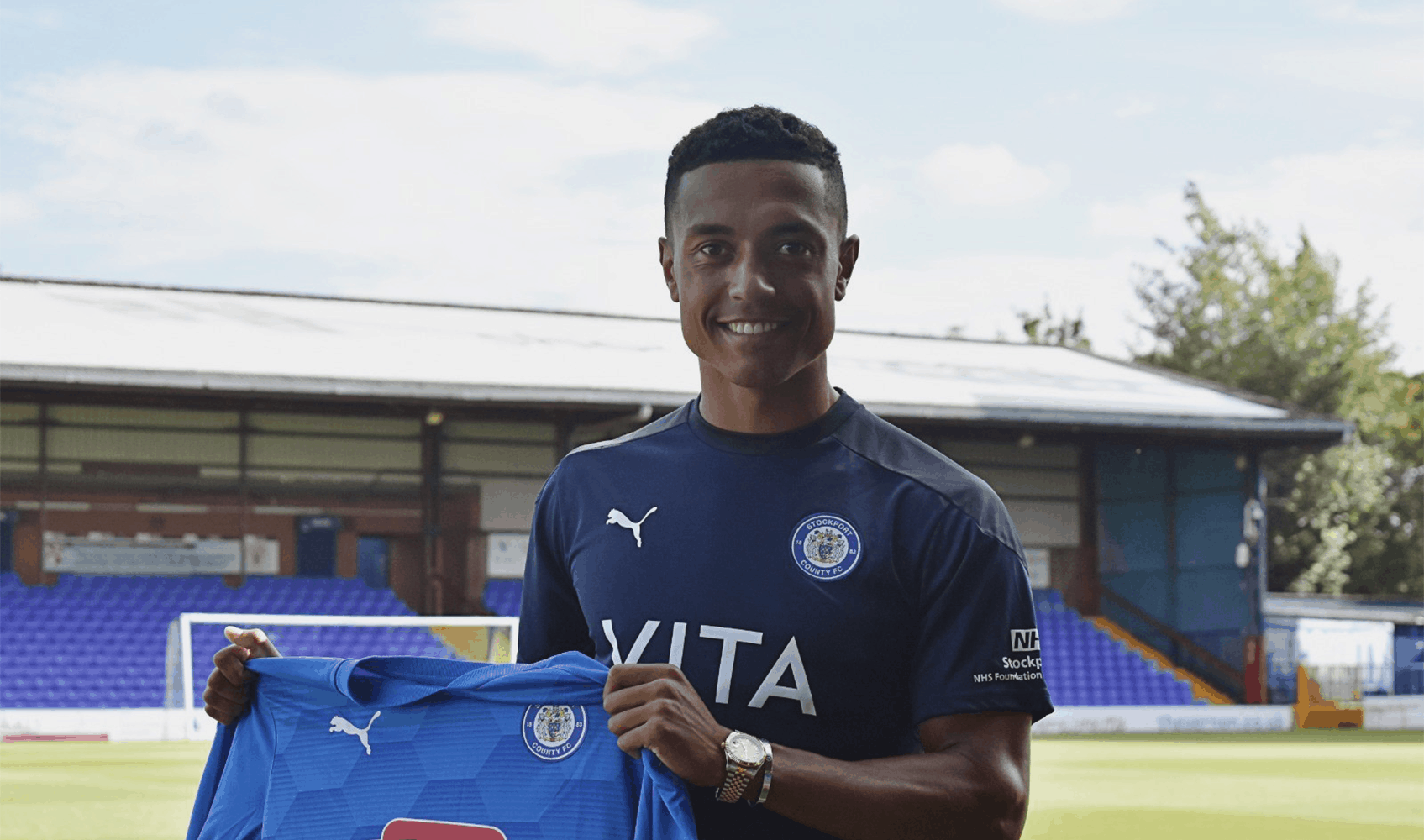 The Club is delighted to announce the signing of striker Alex Reid to Edgeley Park.

Alex, 24, began his career at Aston Villa at the age of 10 and remained at the club’s academy until 2013. He joined the League Football Education’s Player Placement Programme in Sweden, joining Ange IF in 2014.

He moved back to the UK and signed for Fleetwood Town in 2016, with loan spells at Wrexham, Solihull Moors and Stevenage. After impressing on loan, he signed for Stevenage in 2018 and most recently played on loan at AFC Fylde, Ebbsfleet United and Dagenham and Redbridge.

“Alex is a player that I have been aware of for a few seasons now. I liked his rise from non-league into Football League at a young age. His game was built on strong ‘non-league’ ethics of commitment and willingness to work, but it was his athleticism, pace and presence, along with his eye for goal that earned him the chance with Fleetwood. Unfortunately, sometimes young players don’t always get a chance to mature and come good in the League.

“Whilst on loan, Alex continued to catch my eye with performances in the National league with several clubs. His hunger to play was clear, and so was his ability to help a team to get up the pitch, and create and score goals. I enquired about him during the last two transfer windows and continued to track his progress throughout last season with great interest.

“I think Alex adds another strong dimension to the team and squad build. Regardless of system, or whether we play a front three or central two, Alex’s versatility means he can operate as a point attacker, central penetrator, or an inside forward off the left in a front three. This gives us a great strength, depth and versatility to our attack options.

“Having met him I instantly liked his modest personality and hardworking mentality. I look forward to working with him and helping him fulfil his potential to become a League player”.