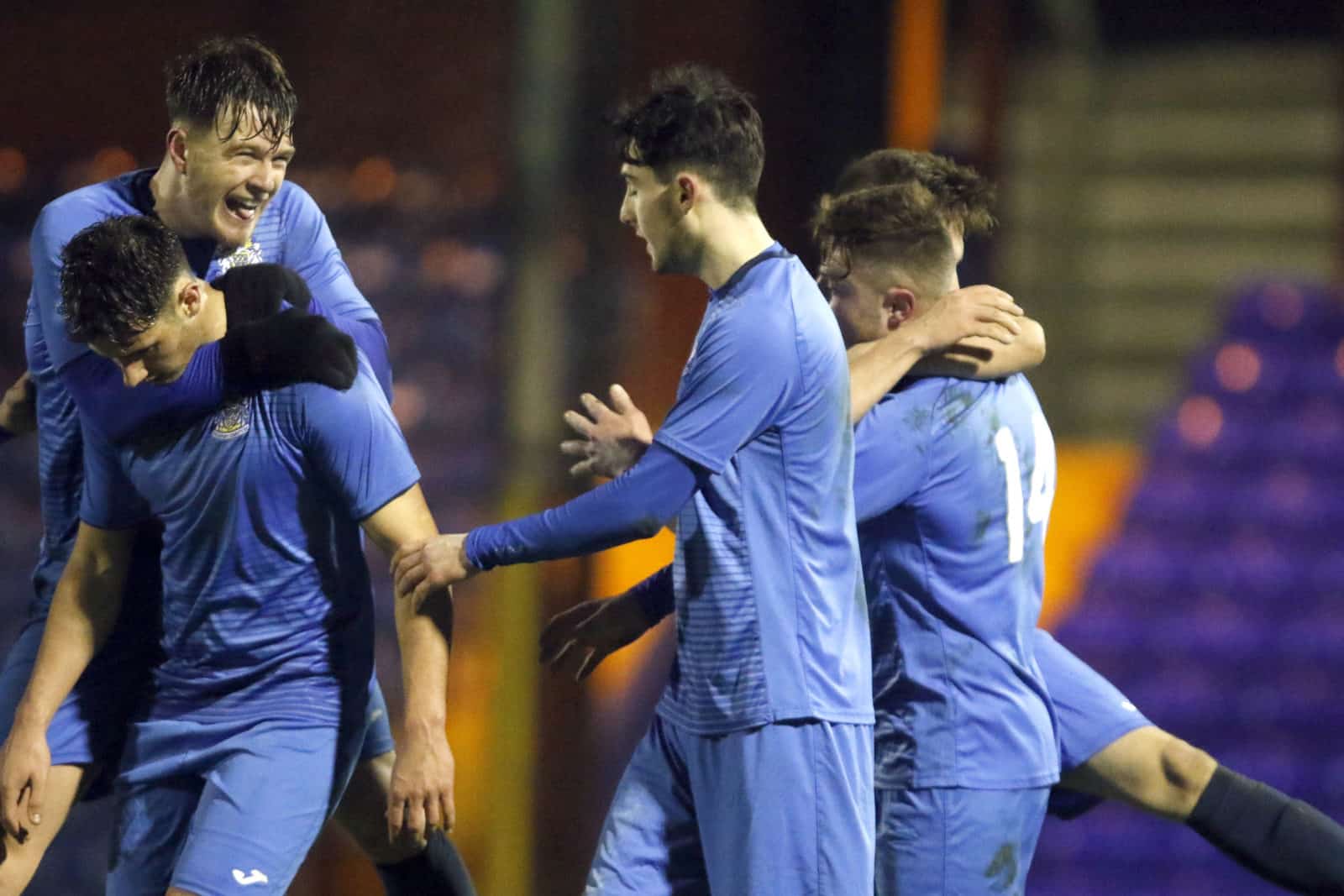 The Hatters edged through to the last eight of the Cheshire Senior Cup, following a first-ever meeting with 1874 Northwich – but literally won at the last minute, and in the face of a spirited performance in SK3 by the North-West Counties League Premier Division visitors.

A quality strike by Elliot Osborne on the cusp of full-time saw County prevail, after the fans-run 1874 – formed half a dozen years ago by disillusioned members of the then Northwich Victoria Supporters’ Trust – had spent an hour of the game down to 10 men. 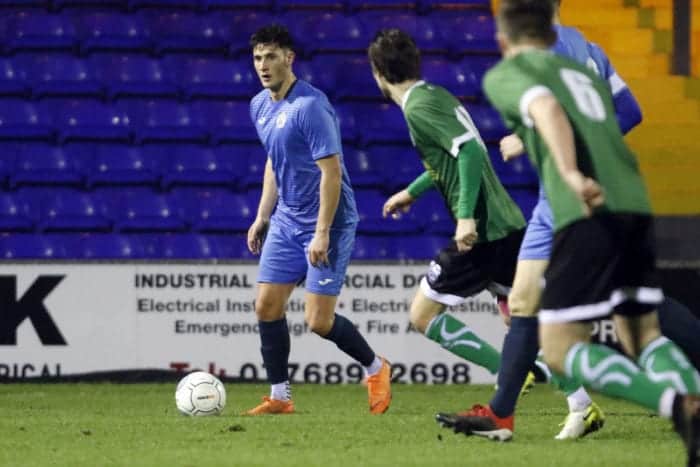 As had been the case for the previous round, several first-team regulars were rested for the tie – although Ian Ormson and Connor Dimaio, who had both played in the November meeting with Warrington Town, started again, alongside fellow senior-squad members Dan Cowan (who was made captain for the night), Nyal Bell and Osborne, and six Academy members or graduates also used in the course of the match at Cantilever Park.

Roared on by a sizeable turnout of visiting supporters, mingling with the County Faithful in the Danny Bergara Stand, 1874 launched the night’s first attack of note – as ex-Hatter Sam Hare’s shot on the turn after three minutes was blocked by central defender Festus Arthur. 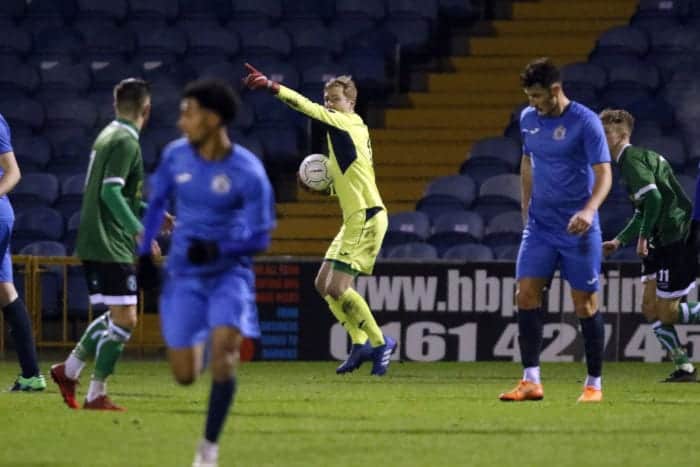 The Hatters, playing in a 4-2-3-1 formation, then began to create chances of their own – with Dimaio, on two occasions, and Saj Elhassan firing shots wide of the left post. Bell did likewise, following a mazy run into the visitors’ area – as well as blasting another attempt into the right side-netting, as County continued to press.

Just ahead of the half-hour mark, the cause of 1874 looked to have been dealt a severe blow when Steve Mason was shown a straight red card for a two-footed challenge on Elhassan. But the dismissal served to galvanise, rather than demoralise, the visitors for the remainder of the first half. 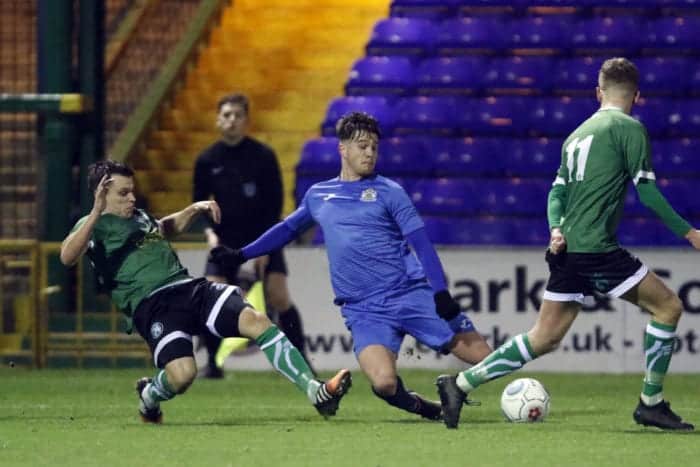 A pair of headers from free-kicks by Hare were headed beyond each of County’s uprights – either side of a close-range Dimaio toe-poke that visiting goalkeeper Dane Rigby held at the second attempt. And five minutes before the break, an 1874 free-kick from the right was squared to Callum Gardner – whose shot from the edge of the box was brilliantly tipped over by Ormson.

The Hatters regained their earlier momentum upon the resumption – earning three corners within the second half’s opening five minutes, before Alex Jackson and Cowan shot beyond the crossbar and right post, respectively. 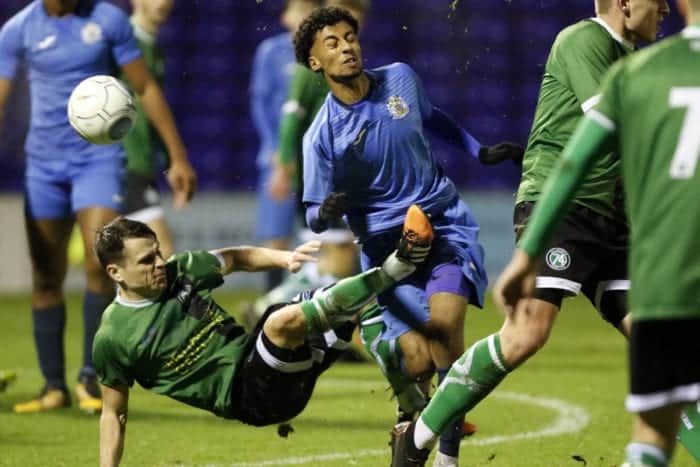 But 10 minutes after the re-start, the visitors went closer still, when Taylor Kennerley’s angled effort from the left was parried by Ormson, who recovered to block Gardner’s follow-up shot.

The Hatters owed a further debt of gratitude to Ormson after 65 minutes, when the ‘keeper tipped at full stretch past the right post a low drive from Michael Koral – as well as to Referee Woodward, for rather surprisingly awarding a goal-kick to County afterwards. 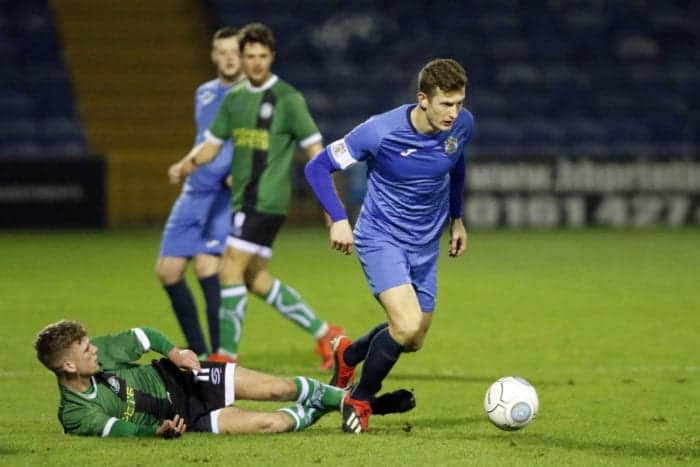 And County’s Number One for the evening produced a hat-trick of second-half wonders by catching cleanly on the line, with arms outstretched, an awkward looping header by Jack Tinning.

Having endured a spell of fits and starts in attempting to make their extra man count, the Hatters embarked upon some more focused possession as the prospect of extra-time, and possibly penalties, loomed. And, with three minutes left on the clock, Dimaio produced a neat turn and shot – only to see the attempt smothered by Rigby. 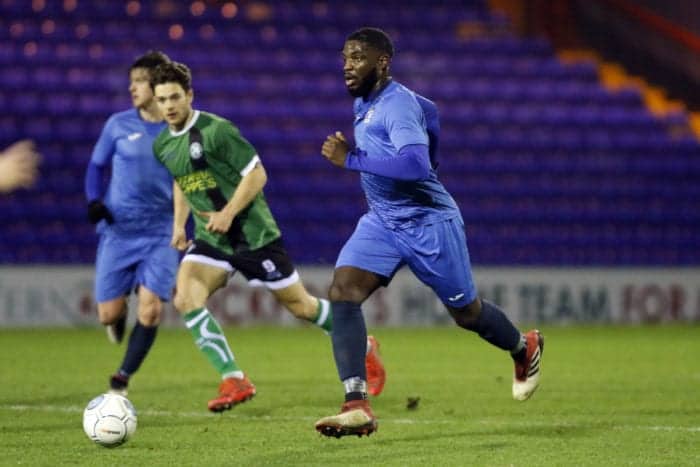 But cometh the hour and a half, cometh the man. With 90 minutes just up, Osborne – for it was he – concluded an entertaining evening’s fare with its ultimately decisive moment, by way of a sweetly-struck low drive from outside the area that fizzed past Rigby and into the bottom-right corner to settle the tie.