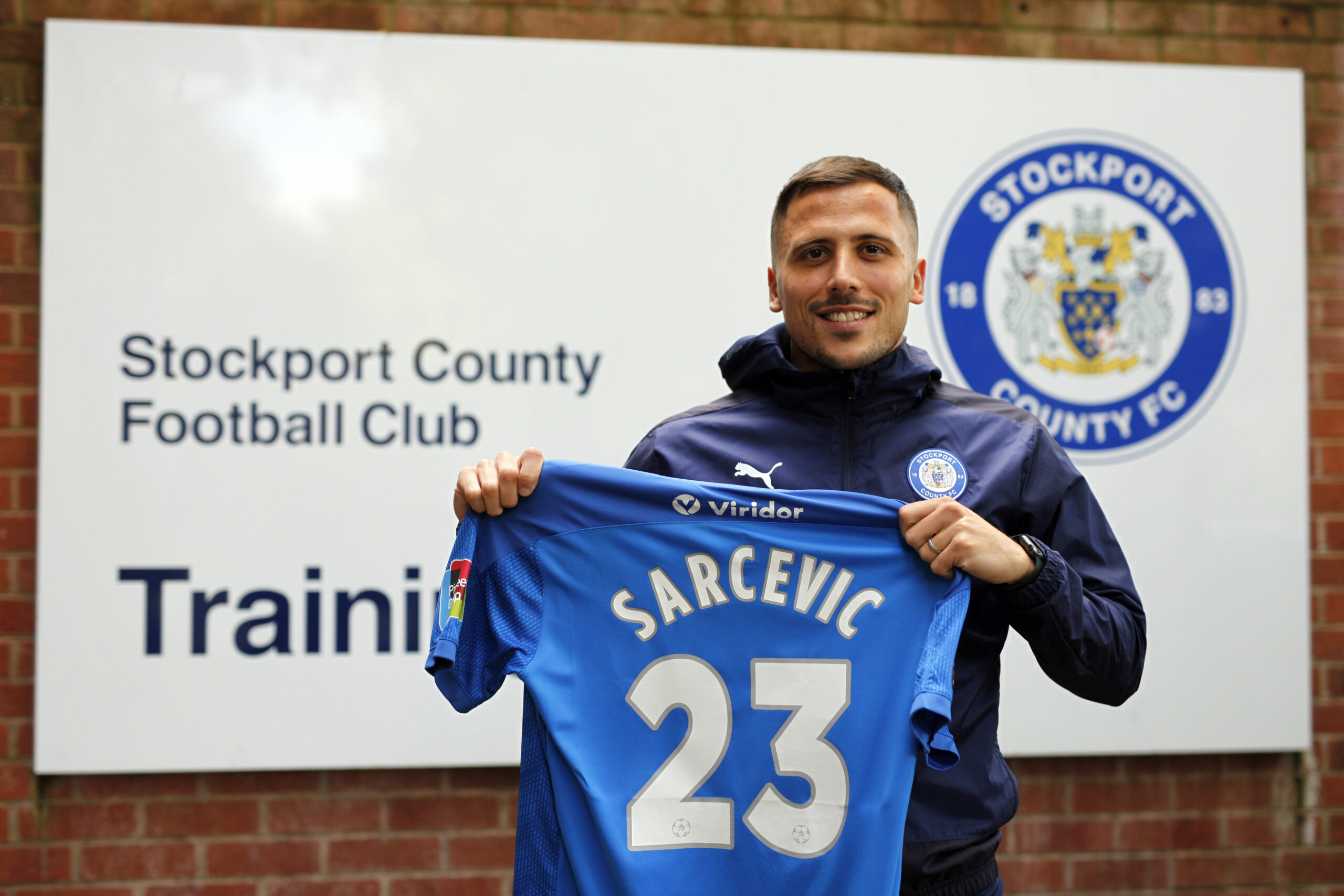 We are delighted to announce the signing of Bolton Wanderers captain Antoni Sarcevic on a free transfer, with the midfielder signing a contract until 2024.

Antoni captained Bolton to promotion from League Two last season in his first year at the University of Bolton Stadium, scoring eight times in 35 appearances from midfield.

The 29-year-old began his career at Woodley Sports, where he played alongside County captain Liam Hogan, before going on to have spells at Crewe, Chester and Fleetwood Town.

He enjoyed a sensational first season at Fleetwood, topping the club’s assists charts and scoring 15 goals, the last of which proved to be the winner in the 2014 League Two play-off final against Burton Albion. His performances that year also earned him a place in the League Two Team of the Year.

Manchester-born Antoni spent a further two years at Highbury Stadium, appearing regularly and helping the club consolidate their place in League One – eventually leaving the club having made 138 appearances.

After a brief spell at Shrewsbury Town Antoni moved down south to Plymouth Argyle, where he soon became a fan favourite. Having signed in January, his performances in the second-half of that season helped Plymouth clinch promotion to League One after securing a 2nd place finish.

He soon became known as the ‘Manchester Messi’ for his performances for the Green Army, and although the side suffered relegation back to the fourth division in 2019, Sarcevic remained to fire them back up at the first attempt.

He scored ten goals in the league that season as Plymouth finished 3rd, with his performances that year seeing him voted as their Supporters’ Player of the Year.

That summer, Antoni moved back up north to join recently relegated Bolton Wanderers, where he was immediately named as the club’s new Captain.

After scoring on his debut, he quickly became a key part of the Bolton midfield as Ian Evatt’s side recovered from a slow start to the campaign, winning 16 of their final 22 games to clinch promotion with a 4-1 win over Crawley on the final day – with Antoni scoring the opener that afternoon.

He has made a further 14 appearances in League One so far this season, scoring three times, but now makes the move to Edgeley Park.

He will wear the number #23 shirt this season, and will be available for tomorrow’s National League game against Notts County.

“I’m absolutely delighted to have Antoni join the group. During my first conversations with him here, I have already felt his hunger to succeed.

“He is clearly someone with a high level of experience and pedigree from his time in the Football League, which we believe can add to us both on and off the pitch.”

“We are delighted to bring Antoni to the club, and we all believe we have secured the services of someone with the experience, mindset and quality to further drive the team forward.

“This shows our supporters again that everyone at the football club is relentless in our ambition to together take this club forward, and will not stop.”