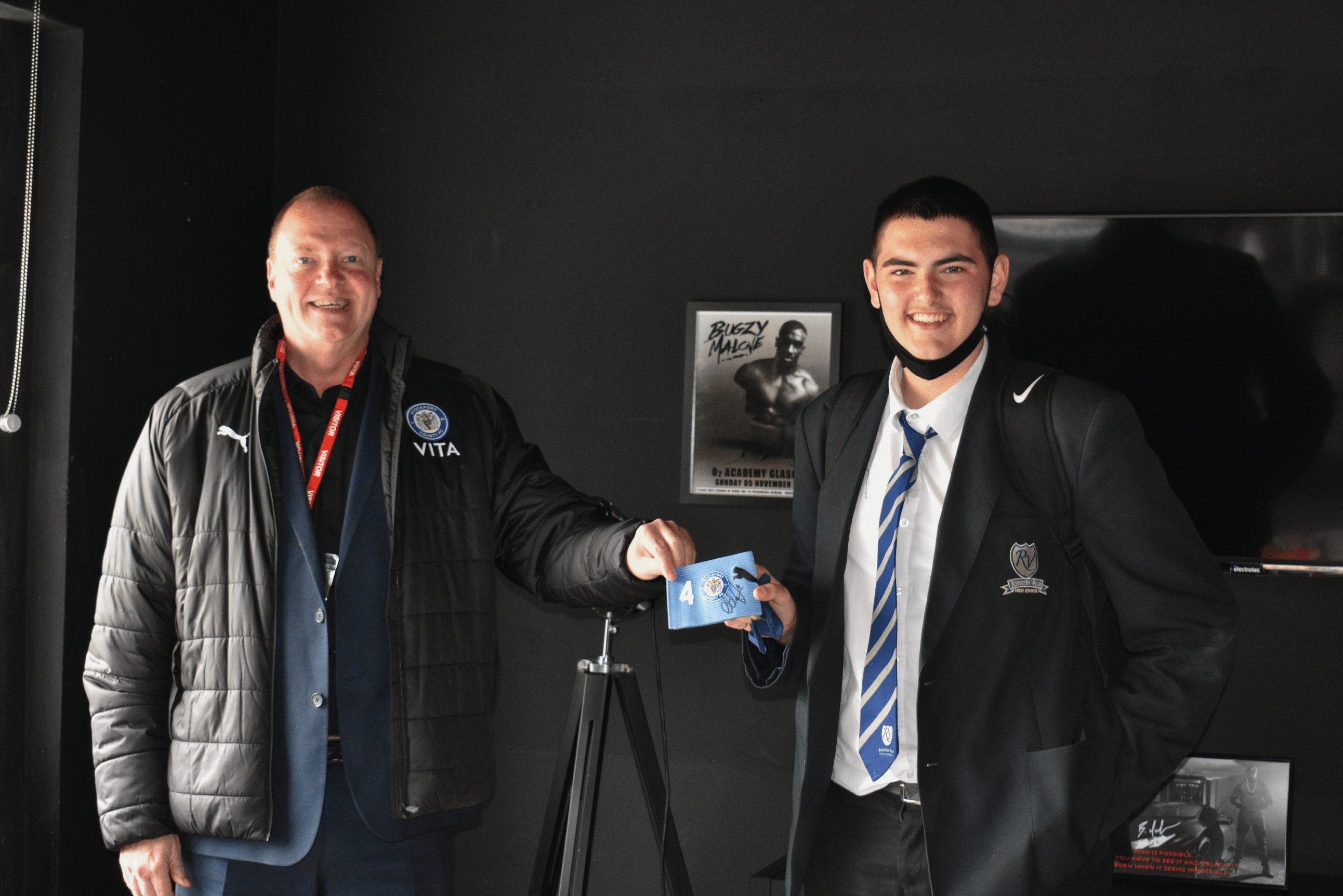 Our first series of County Heroes comes to a perfect conclusion with the story of 14 year old County fan Kieron Rowley, described by his Dad Lee, as “the best son you could ever wish for”.

Eighteen months ago, Kieron’s beloved Nana was diagnosed with terminal cancer. Given how unwell she was, the family were given two options, either move her to support accommodation or stay with family.

On hearing this, Kieron immediately offered to give up his bedroom so his Nana could stay with them. She moved in and Kieron’s dedication to her since has been incredible, as his Dad describes “From the day my mum moved in he has been so supportive. He often has his mates asking him to go out but he won’t until he checks that his Nana is ok. Despite his Nana and myself telling him to go out he insists on helping her first”

Kieron checks on his Nana almost every day, he takes her bottles of Ribena which he pays for himself, refusing to take a penny off his Dad.

Lee said “He won’t take a penny off me for anything he buys for his Nana and as soon as he comes in he makes both my mum and me a brew while I am working. He takes her to the shops as her mobility is very limited and she can’t go out alone, linking her in his arm all the way.”

When his Dad is working or on a call Kieron will often assist his Nana up the stairs when she needs the toilet and on the nights that he stays at the house he always takes her a cup of Ovaltine while his Dad takes care of his daughter. On the nights that he doesn’t stay, Kieron never fails to ring to wish his Nana goodnight.

He is so thoughtful and will do anything he can to improve things for his Nana, Lee recalls another example of this “My mum went to St Ann’s Hospice for some respite care and before she came home, unknown to me, Kieron got some pictures developed and set them up in her room to cheer her up in her return.”

Kieron started watching County when he was just two, his first game was against Huddersfield and he has been going regularly since he was four.

Lee recalls “He just fell in love with the club and consistently reminds my City supporting Mrs that we always beat them. He was on the pitch (with everyone else) at Nuneaton when we won the National League North Championship and even got a can of beer to celebrate on the journey home.”

Kieron was, like many others, a big Danny Lloyd fan but these days he finds it hard to choose between Liam Hogan and Sam Minihan for his favourite player.

“Kieron is a centre half and the captain of his elite team like Hoges and he thinks that Liam is the best centre half in the league. He also loves Sam because of how he puts everything on the pitch every time he plays” says Lee.

Kieron wants to see us back in the Football League and is adamant that we are going up this year. His Dad agrees.

He also has some advice for Simon Rusk and thinks we should sign Tshimanga from Boreham Wood and Alex Newby from Rochdale. He really believes that County will realise Mark Stott’s ambitions and be in the Championship in seven years and he just can’t wait to get back to EP. He really hates not being able to go.

Kieron is truly deserving of ‘County Hero’ status and everyone at the club is extremely proud of what has done and is doing.

We will leave the final and most fitting words to his Dad, Lee “Kieron is a gentle giant and the pride I have for him is indescribable, he’s certainly a hero in my eyes”.