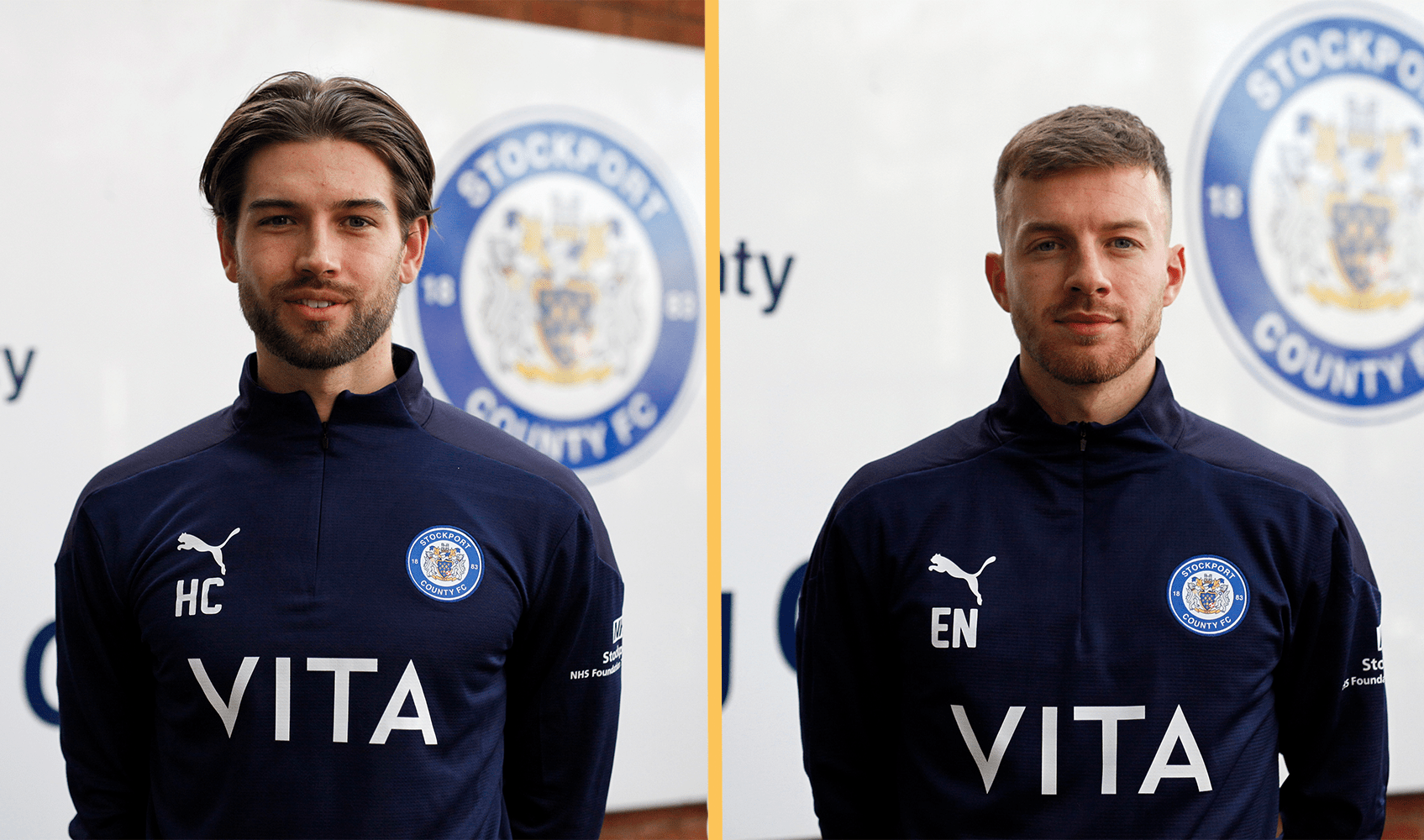 We are pleased to announce the loan signings of Chorley duo Elliot Newby and Harry Cardwell, who have joined until the end of the season.

The opportunity to make these signings has come as a result of the unfortunate circumstances in the National League North and South, after the 2020/21 season was declared null and void last week.

Attacking midfielder Newby, 25, began his career as a youth player at Bolton Wanderers, before joining Barrow in 2016.

After a successful spells at Altrincham and AFC Telford, Elliot made the move to Chorley in the Summer of 2018, playing a key role in the Magpies promotion to the National League via the play-offs in his first season.

Whilst Chorley were unable to retain their place in the division last season Newby continued to impress, even scoring against County in a 3-0 win at Victory Park.

In a season disrupted by postponements in the National League North, the midfielder has still has five goals to his name so far this campaign, scoring in his last two games of the season to help Chorley finish their now voided season in a play-off place.

He is joined at County by Scottish striker Cardwell, 24. The former Grimsby forward joined Chorley permanently in the Summer, having had a loan spell at the Club in January 2020.

Harry, who has one cap for Scotland U21s, has previously spent time in Reading and Brighton’s academy before a three year spell with Grimsby in the Football League.

Both players impressed during Chorley’s recent run to the Fourth Round of the Emirates FA Cup, each of them finding the net in the Magpies’ 3-2 win away at League One Wigan Athletic in the First Round.