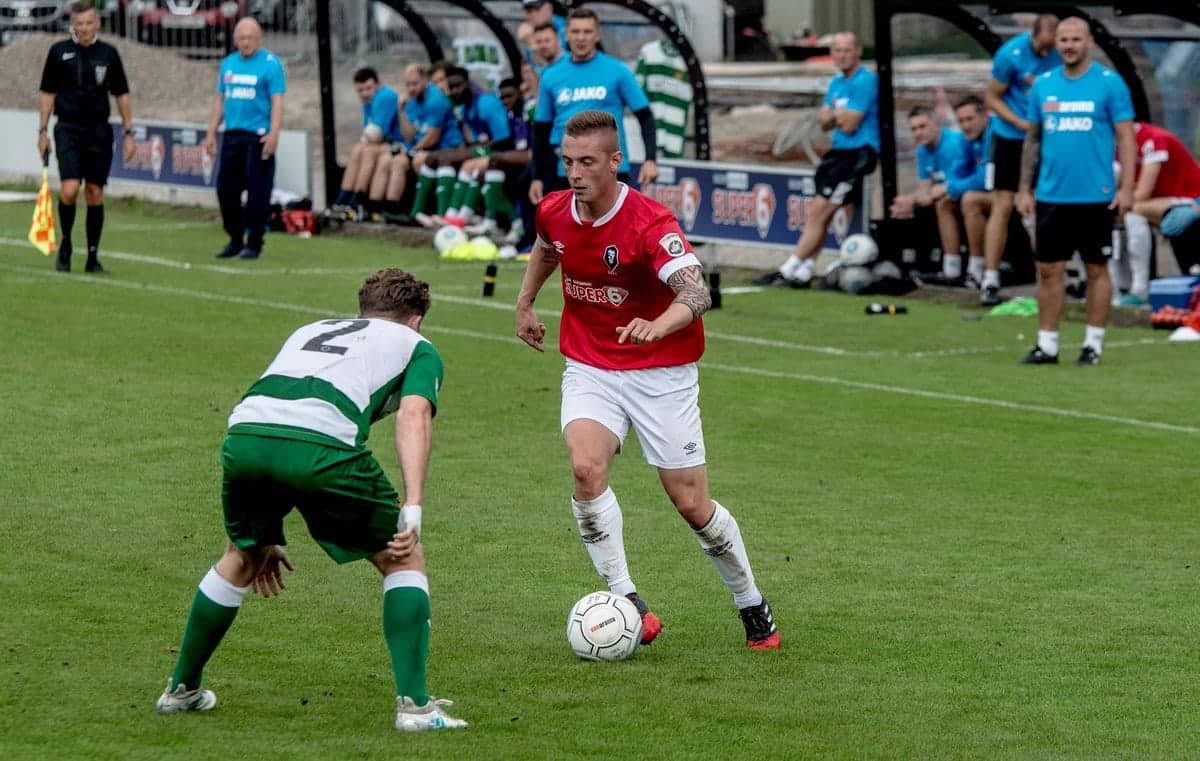 Josh Askew made 37 appearances for Salford last season, having joined the Ammies last summer after nine years at Blackburn Rovers.

Naturally a full-back, the pacy defender can play as a wing-back and also made a number of appearances as a left winger during Salford’s promotion campaign last season, scoring two goals in 34 league appearances.

Josh arrives to provide cover following a poor challenge on Scott Duxbury during the first half of Tuesday night’s narrow 1-0 defeat at York City. The manager has moved quickly, as the tackle looks likely to keep the unfortunate 23-year-old full-back out of action for several weeks.

“Scott had to go to hospital that night – we’ve only had an initial assessment but clearly the force of the impact on his foot also jolted his knee. It’s a bit early to make a diagnosis but there is some damage to the knee, and he’ll be out for a minimum of three to four weeks.”