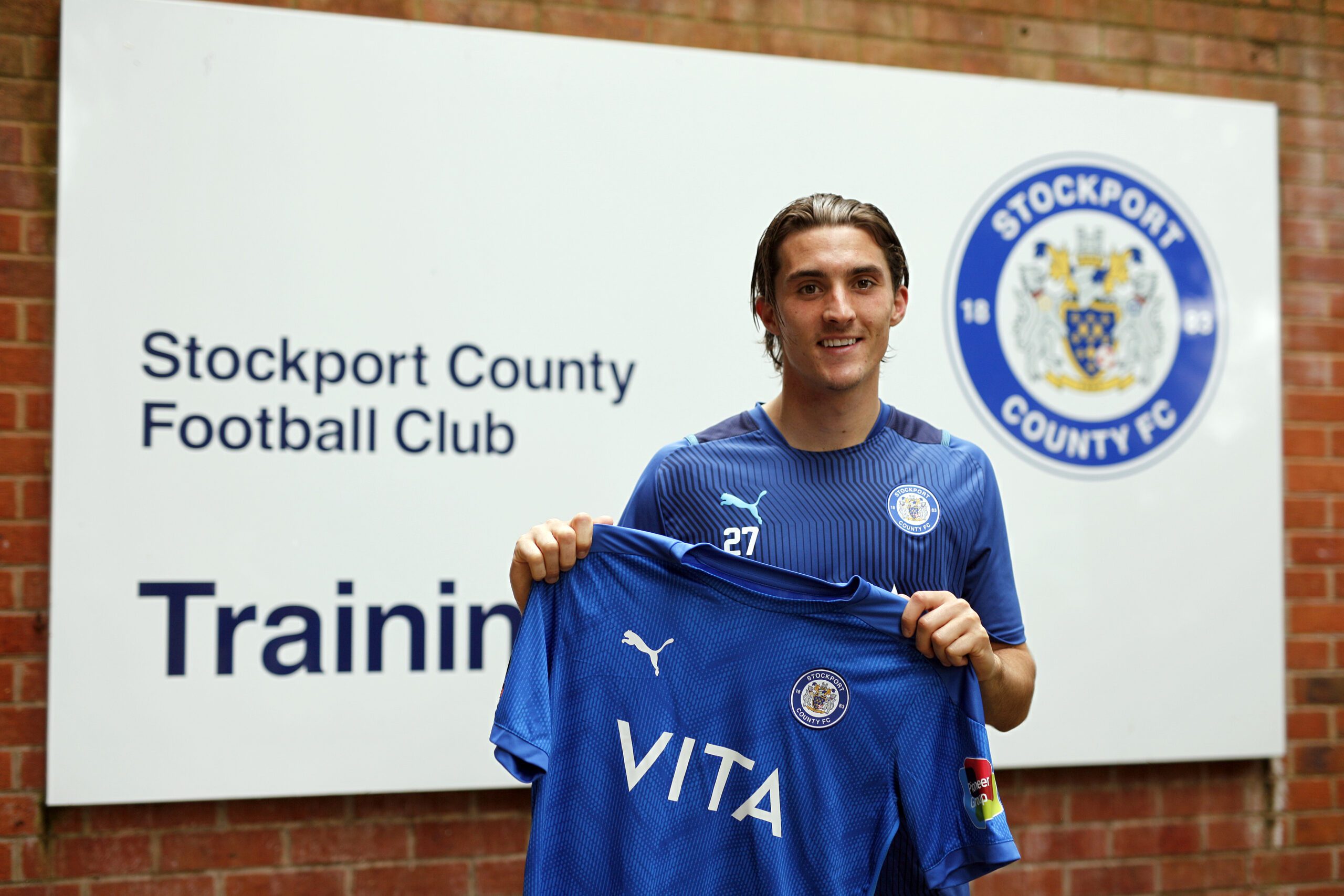 Stockport County is delighted to announce the signing of exciting winger Oliver Crankshaw from League Two Bradford City, for an undisclosed fee.

The 23-year-old, capable of playing on either flank, joins after a seven-month spell at Valley Parade, and has signed a contract at Edgeley Park until the Summer of 2024.

He originally made a name for himself after joining Curzon Ashton from Colne in 2018, with his dazzling performances for the National League North side earning him a trial, and ultimately a move, to Championship Wigan Athletic just six months later at the age of 20.

He initially returned on loan to Curzon Ashton on loan for the remainder of the season, finishing his time at the Tameside Stadium with nine goals in 35 league appearances.

In January 2020, Oliver again went out on loan, this time with Scottish side Dundee. He made six appearances whilst north of the border, scoring once against Ayr United, before the season was cut short due to the Covid-19 pandemic.

Those spells out on loan were enough to earn the winger a chance in the Wigan Athletic first team last season, with the Club back in League One. He made his debut for the Latics in a Carabao Cup tie with Fleetwood in September 2020, before making his Football League debut against Ipswich a week later.

He scored his first goals for the Club with a brace in a 6-1 win over Liverpool U23s in the EFL Trophy, and made a total of 19 league appearances at the DW Stadium in the first-half of the season before Bradford came calling.

He got off to the perfect start at his new Club too with a goal on his debut against Exeter City, albeit in a 3-2 defeat. He went on to make another 18 appearances for Bradford last season, and a further six this campaign, coming off the bench last Saturday and setting up a goal in their defeat at Crawley.

Oliver will wear the number 27 Whilst at Edgeley Park, and trained with his new teammates for the first time earlier today ahead of this weekend’s game against Weymouth.

“I’m delighted for the club to have been able to secure Ollie. He is a long term target, and I feel this is a good deal for all parties.

“It took a lot of effort by a number of the team here at County to eventually get this transfer completed. We have been met with some crazy demands from Clubs and players recently, but I’m happy to say this represents good value for an exciting young player with his future ahead of him.”

“Ollie is a player I’ve monitored personally and been a fan of for some time now, so it’s great to now have him on board.

It’s an exciting signing for the Club and for our fans; Ollie further bolsters our attacking options and adds important depth to the squad, and I wish him well on his journey with us here at Edgeley Park.”