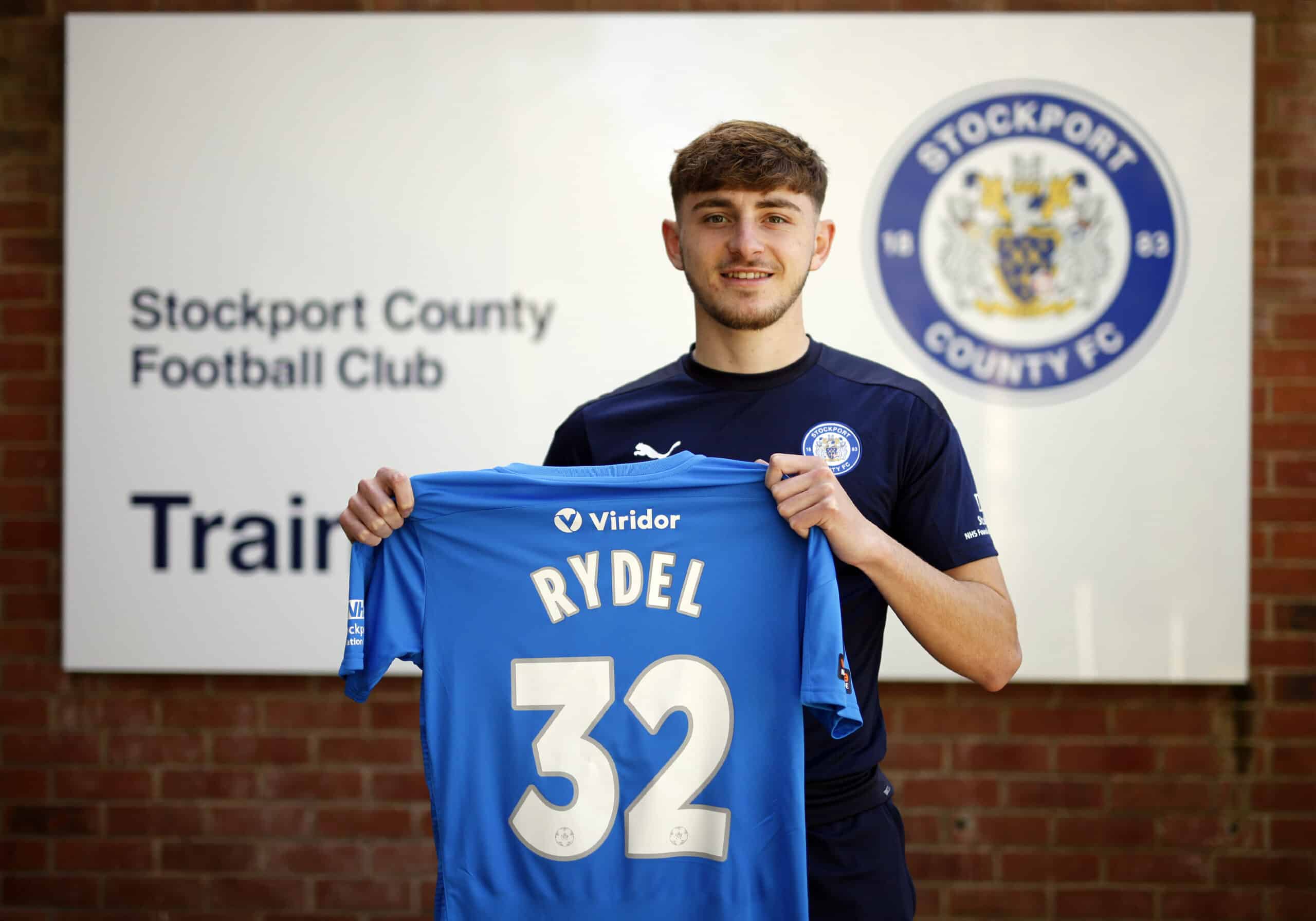 We are delighted to announce the signing of left-sided player Ryan Rydel from Fleetwood Town, for an undisclosed fee.

Oldham-born Ryan, 20, leaves Fleetwood having made 13 appearances in League One for the Cod Army after coming through their academy, and has signed a three-year-deal at Edgeley Park.

Capable of playing anywhere down the left-hand side, Ryan made his professional debut for Fleetwood at the age of just 17 away against Southend United back in September 2018.

He made his full EFL debut for the side just a few months later against Walsall, impressing enough to retain his place in the side over the next three games and drawing high praise from then manager Joey Barton.

Looking to play regular first-team football, Rydel spent the last part of the 2019/20 season out on loan at Northern Premier League side Lancaster City, making six appearances and scoring once before their season was cut short.

Ryan has again been involved in the first-team picture at Highbury Stadium this season, making an additional seven appearances for the Club this campaign and starting their last game against Crewe on Tuesday.

He joins fellow ex-teammates Paddy Madden and Macauley Southam-Hales in making the move from Fleetwood to County this season.

“I’m delighted Ryan has chosen us for the next stage of his career. Ryan is a good age, with plenty of development ahead of him. He brings competition and balance to our squad and is a good fit for our future ambitions.”

“We not only want to have the best players for now, but also for the future. Ryan has an opportunity to be a bit of both. Young, athletic, natural left sided players are not always easy to find and this is an excellent signing for the club.”