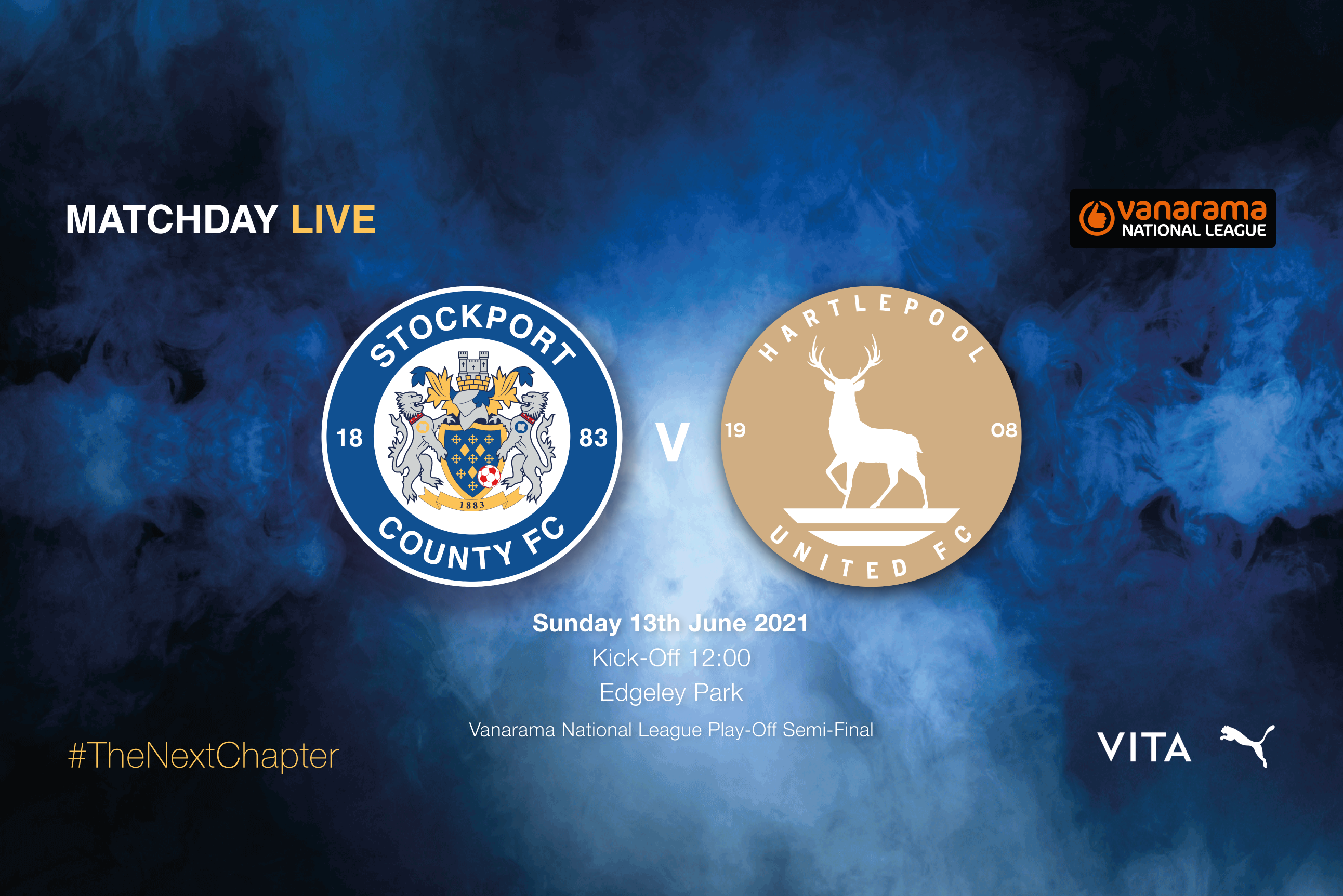 It is confirmed that we will now face Hartlepool United at Edgeley Park next week in the Vanarama National League play-off semi-final, after their 3-2 victory over Bromley earlier today.

The semi-final will take place on Sunday 13th June at 12:00pm, with the winners to take on either Notts County or Torquay United in the final at Ashton Gate a week later.

The game will be televised live on BT Sport, and so will not be shown on the official club live stream.

Season ticket holders have now been sent their E-tickets for this game, whilst the winners of the ballot for the remaining 500 tickets in the Railway End are to be contacted over the coming days to arrange payment.