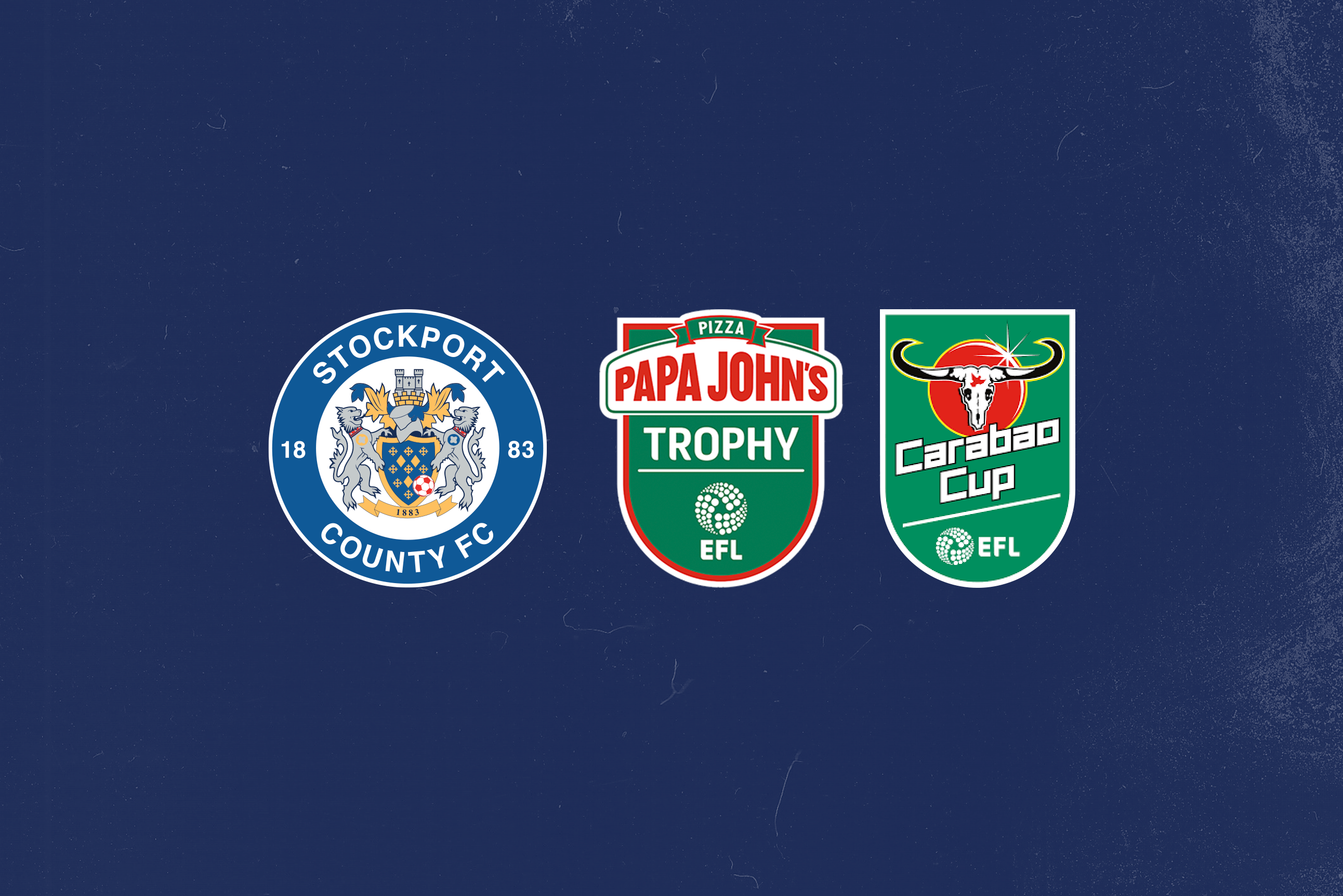 Following on from the EFL fixture announcement this morning, we have also discovered our opponents in both the Carabao Cup and Papa John’s Trophy.

In the 11.30am draw on Sky Sports News, Wolverhampton Wanderers U21s were confirmed as our final opponents in Group C of the Papa John’s Trophy, joining League One sides Port Vale and Shrewsbury Town. We will face each side in the group once, two at home and one away, with the top two sides in the group qualifying for the next round.

The Carabao Cup First Round draw was made at 2.30pm, also live on Sky Sports News, and our first game in the competition since 2010 will see us take on fellow League 2 side Harrogate Town.

The tie will take place at Harrogate’s CNG Stadium on the week commencing 8th August. If the match is level after 90 minutes, the game will be decided by a penalty shootout.