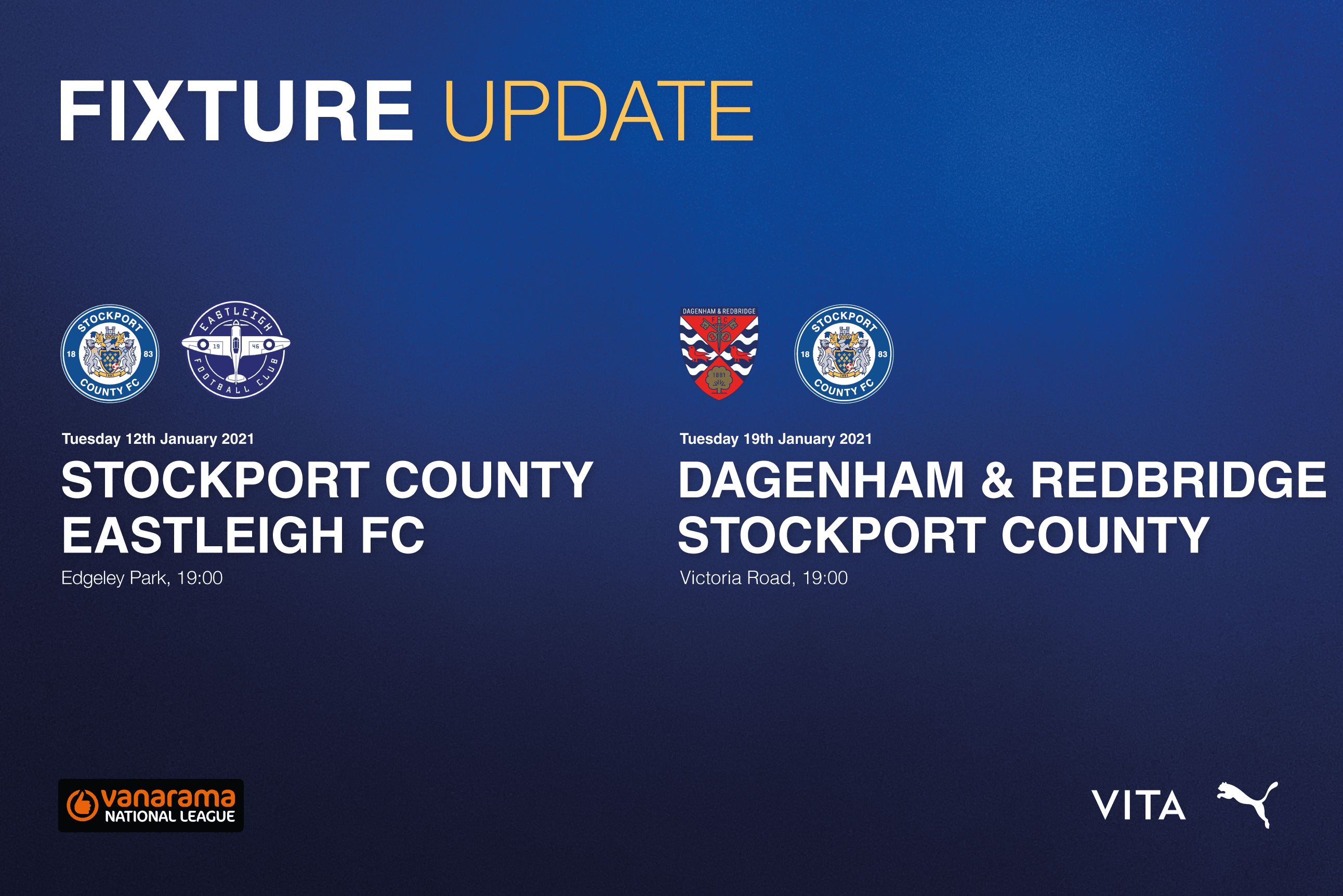 Our postponed fixtures at home to Eastleigh and away at Dagenham in the National League have both been rescheduled for the New Year.

The game against Eastleigh at Edgeley Park will now take place on Tuesday 12th January 2021, with kick-off at 7pm.

Our trip to face Dagenham & Redbridge at Victoria Road will be played the following week, on Tuesday 19th January, with kick-off again at 7pm.

Further fixture details for both games will be announced closer to the time.