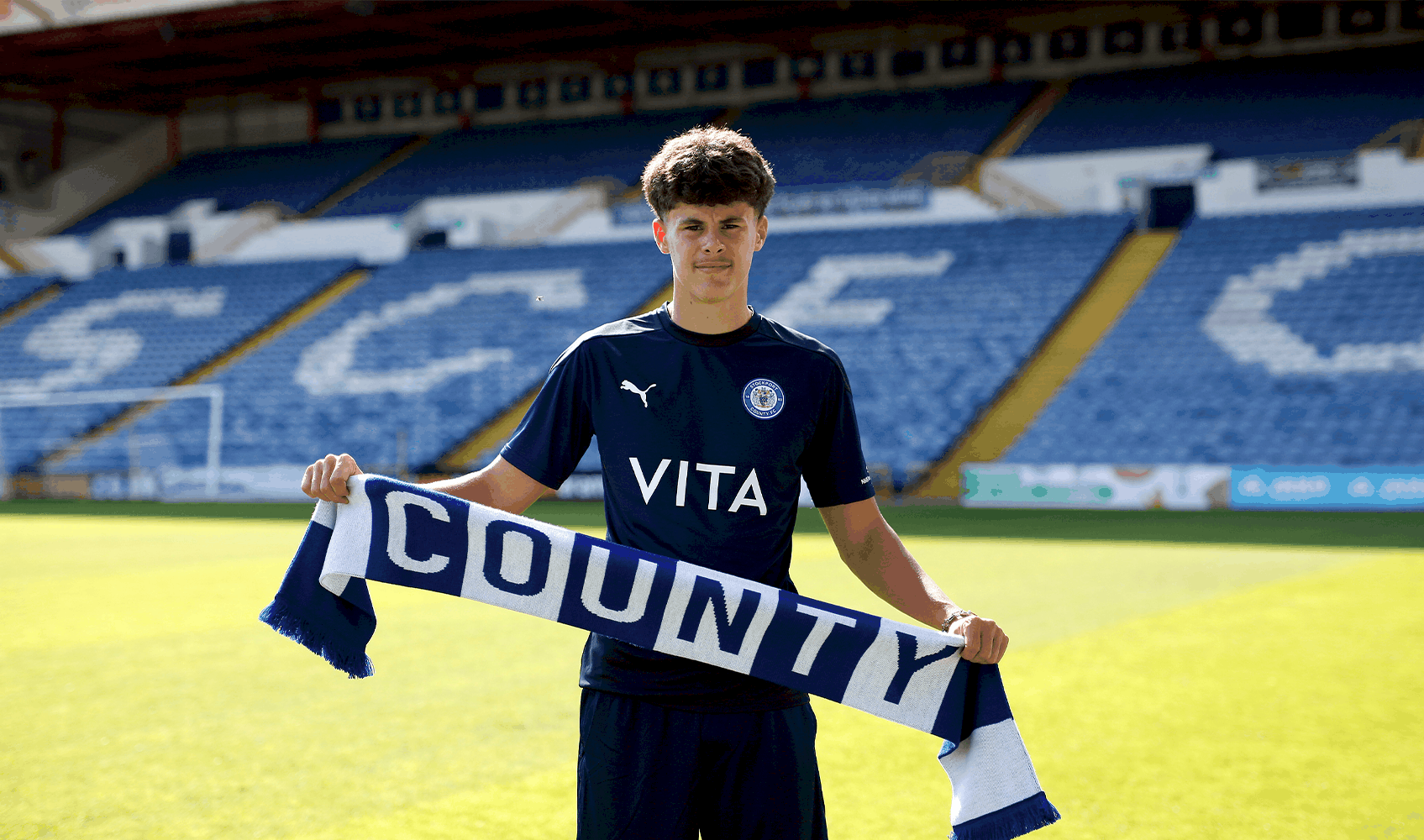 The Club is delighted to announce that academy graduate Finley Stanyer has signed a full-time professional contract at Stockport County, on a one year deal.

Centre-half Finley, who made his maiden first-team appearance recently as a substitute in our pre-season defeat to Rochdale, becomes the third academy player to sign a pro-deal at the Club this Summer, after Jack Hopkins and Max Greenhalgh in August.

The highly-rated defender has been on the radar of the first-team for some time, with the 18-year-old named on the bench for last season’s FA Trophy victory over Blyth Spartans at Edgeley Park.

“Finley is a young centre-back with huge potential, and a bright future in the game,” said Head of Academy Damien Allen. “He is tall, quick, and very comfortable in possession of the ball.”

“Last season he was a consistent performer for the U19 team, and during pre season Finley has continued to impress myself, Mike Jeffries and Michael Raynes.”

“We hope he can continue to learn and develop during the next part of his journey, as he aims to cross the bridge between youth and senior football.”