For the second consecutive friendly, County turned in a composed performance away from home against lower-league opponents to make it two pre-season victories out of two. 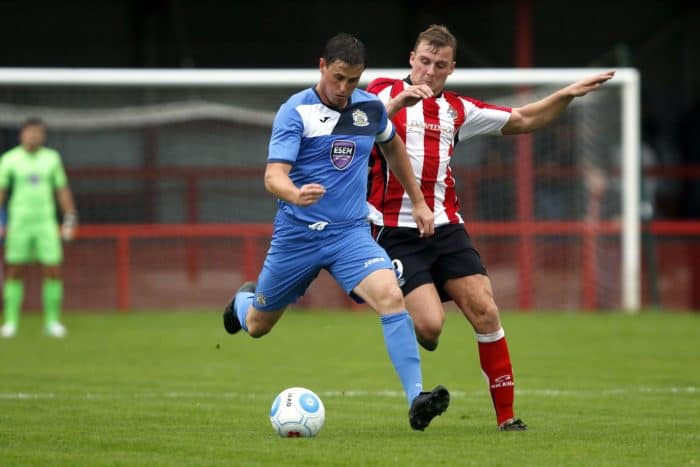 As was the case at Cheadle Heath last Saturday, too, some 20 players enjoyed a run-out for the Hatters in the course of a grey, damp evening at Altrincham, who will this coming season compete in the Evo-Stik Northern Premier League following relegation last term from the National League North.

Sam Minihan was rested due to injury – with Dan Cowan taking his place in the starting line-up – while Chris Smalley, who had been unavailable three days earlier, was named among County’s substitutes. The hosts, for their part, gave starts to no fewer than five former Hatters – including striker Josh Amis, appearing as a trialist further to his departure from Edgeley Park earlier in the summer. 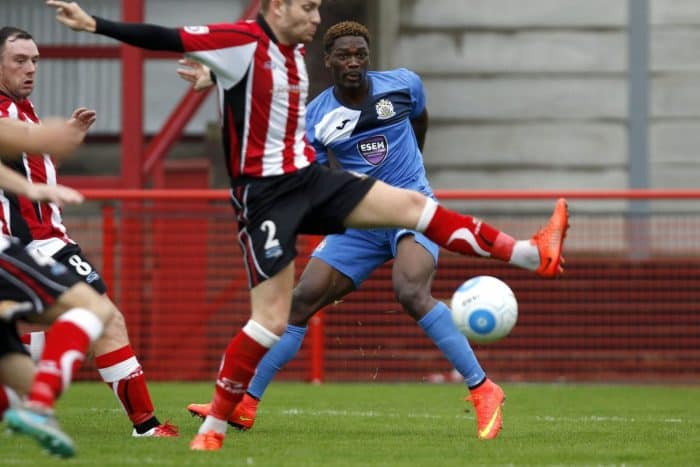 While County looked the livelier side during the early stages, Ben Hinchliffe was the first goalkeeper to be called into any action of note – tipping a free kick by James Poole past the left upright.

But after 20 minutes, County went ahead. Darren Stephenson cut in from the left, before drilling a low shot that ex-County ‘keeper Tim Deasy could only parry as far as Jason Oswell – whose subsequent touch was deflected over his own line by Sam Heathcote.

Both ‘keepers proceeded to make further saves – with Hinchliffe keeping out a Poole header that had met a John Johnston cross from the right, and Deasy denying Stephenson. 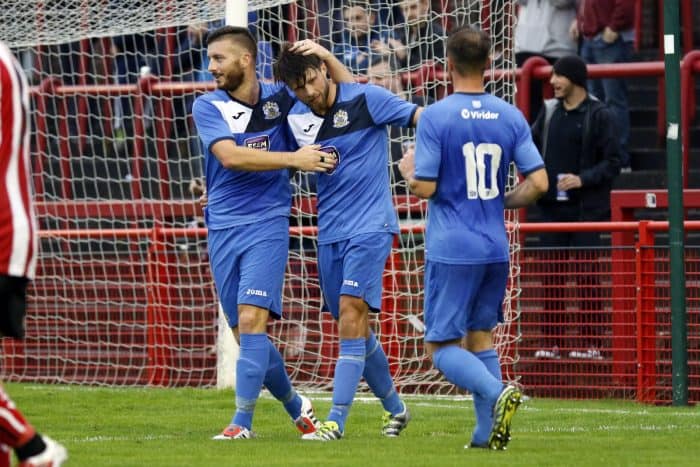 The Hatters then doubled their lead a minute before the break – and, on this occasion, Oswell could quite unambiguously celebrate getting his name on to the score-sheet when he powered in a header from the half’s final corner. 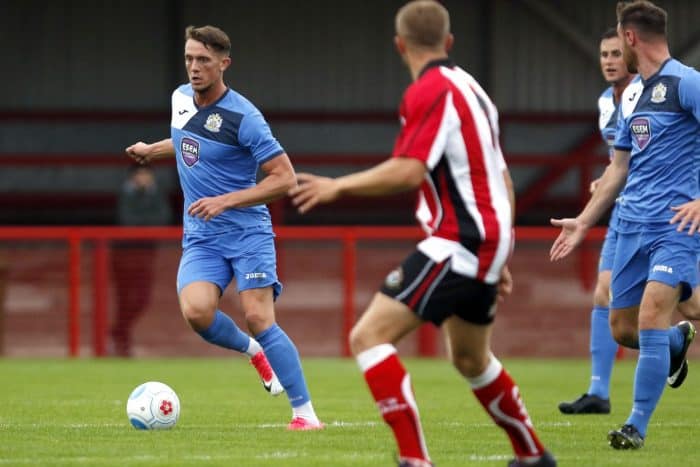 Altrincham took to the field following the resumption with a greater sense of purpose, and were to earn four corners within nine early second-half minutes. From the first of those, Jerome Wright headed just wide of the right post – while the fourth was awarded when another home substitute, Joel Benbow-Lita, saw his shot palmed over by Hinchliffe’s half-time replacement, Ian Ormson. 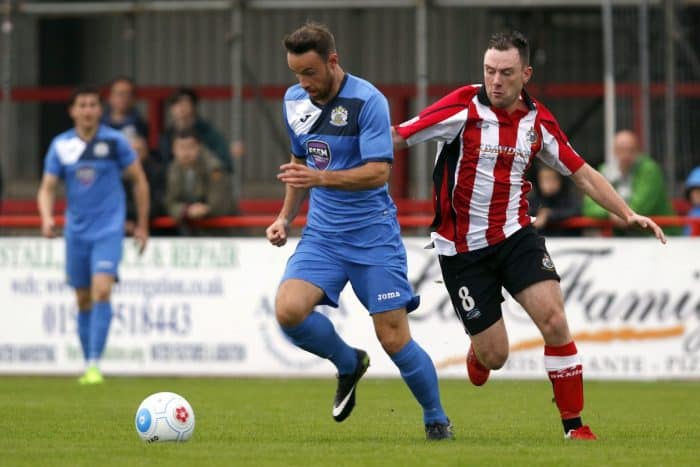 The Hatters then went close themselves through two substitutes. An Adam Thomas shot took a deflection before being scrambled clear by Altrincham’s second-half custodian, Tony Thompson, while George West had one effort blocked and fired another narrowly over in quick succession.

Josh Hancock halved the arrears for Altrincham with a well-taken shot from close range 10 minutes from time, but the Hatters held firm to maintain their advantage and prevail by the odd goal in three.