The rain might have held off under leaden skies at Aggborough, but the Bank Holiday Monday still proved a washout for the Hatters as they went down by the odd goal in three to Kidderminster.

After falling behind nine minutes ahead of the break, they were given hope when substitute Frank Mulhern equalised before the hour. But home skipper Jimmy O’Connor’s strike less than a quarter of an hour from time condemned County to a second defeat in two days, as well as to a sixth successive league reverse against the Harriers. 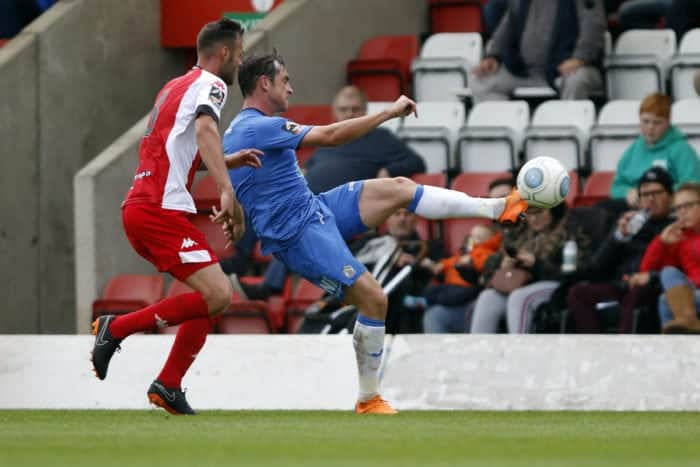 The Hatters took to the field in a 4-2-3-1 formation, and showing two changes from the starting line-up at Edgeley Park against Alfreton 48 hours earlier. Dan Cowan and Jake Kirby were the players recalled, in place of Chris Smalley and Mulhern who both dropped to the bench.

With just five minutes played, County came close to taking an early lead – following a build-up that saw Paul Turnbull play in Kirby, whose cross from the right was screwed narrowly wide of the near post by Matty Warburton.

But the hosts began to exercise more of a grip on proceedings, as play became concentrated in the County half. Joel Taylor stung Ben Hinchliffe’s hands with a shot from the edge of the box, his fellow full-back Lee Vaughan fired wide of the right post, and Ashley Chambers chipped over. 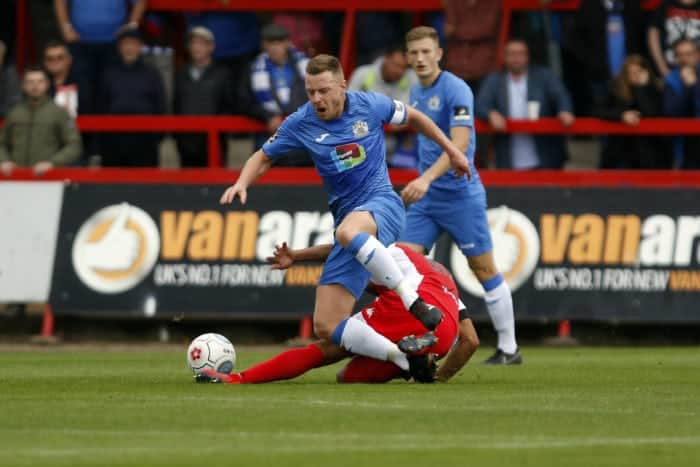 Around the mid-point of the half, the Hatters were forced – as they had been earlier in the month at York and Bradford – to make an early change, after Turnbull went over on his ankle and limped off, to be replaced by Smalley.

Sam Walker just cleared the crossbar after 31 minutes, with a shot from distance that dipped – although, within another five, Kidderminster went ahead. O’Connor initiated the move by winning the ball and finding Billy Daniels, who advanced through midfield before feeding Taylor on the left.

What happened next sparked some debate about whether Taylor was intending to cross or shoot – but the outcome was clear, as, with the possible aid of a deflection, his effort looped over Hinchliffe and into the top-right corner. 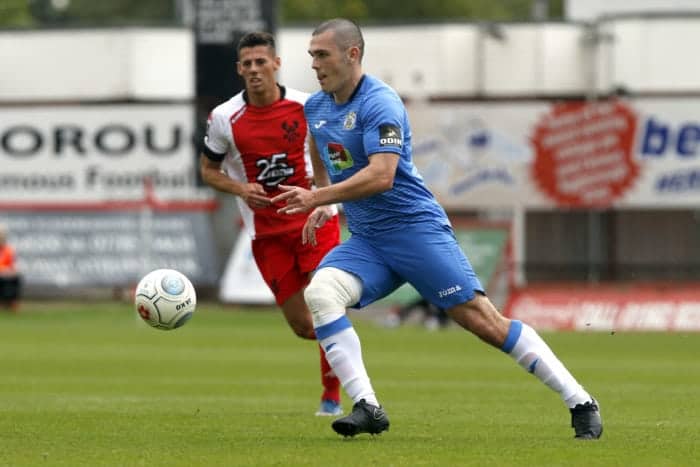 County earned two corners in quick succession as half-time approached – and, following the first, nearly levelled, but Ash Palmer’s six-yard shot on the turn was tipped over by Brandon Hall.

Kidderminster emerged for the second half full of further attacking intent – with Fraser Horsfall heading over a corner, and the increasingly dangerous Ed Williams advancing into the County box before drilling beyond the right post.

County’s reaction, fewer than 10 minutes into the half, was to introduce Mulhern. And this paid off almost immediately, when, having latched on to a Nyal Bell flick following Cowan’s cross from the right, the replacement striker scored from close range to get the Hatters back on level terms.

Hinchliffe was to be kept busy as the hosts strove to restore their lead. But County’s Number One responded in brilliant fashion – courtesy of a one-handed save to deny Williams, and a dive to punch around the right post Declan Weeks’ free-kick from 30 yards out.

The Kidderminster pressure continued, as Chambers, after being played through by Ryan Johnson, rounded Hinchliffe to put the ball in the net after 72 minutes – only to be flagged offside. 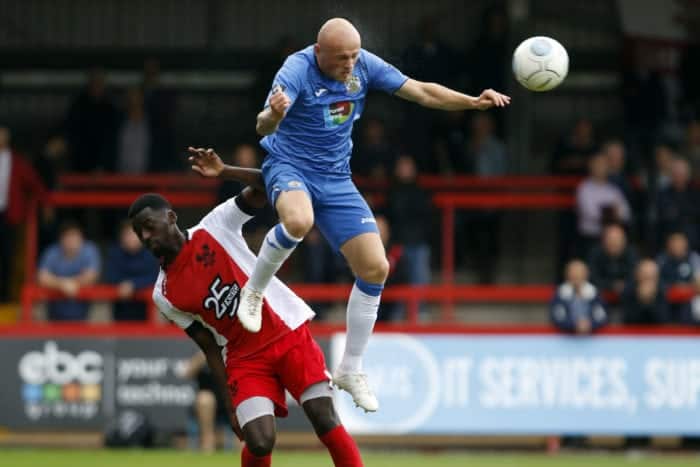 But the Harriers made no mistake four minutes later, when Sam Austin recycled a corner from the right that was nodded down for O’Connor, stealing behind the defence, to blast home.

Hinchliffe continued to keep County in the game – tipping Chambers’ low drive around the right post, blocking a first-time shot from Kane Richards and keeping out another attempt by Williams.

But time ran out at the other end for the Hatters, who, after ending August down in 13th place, will hope for better fortune with the advent of September, and the visit of Leamington, this coming Saturday.