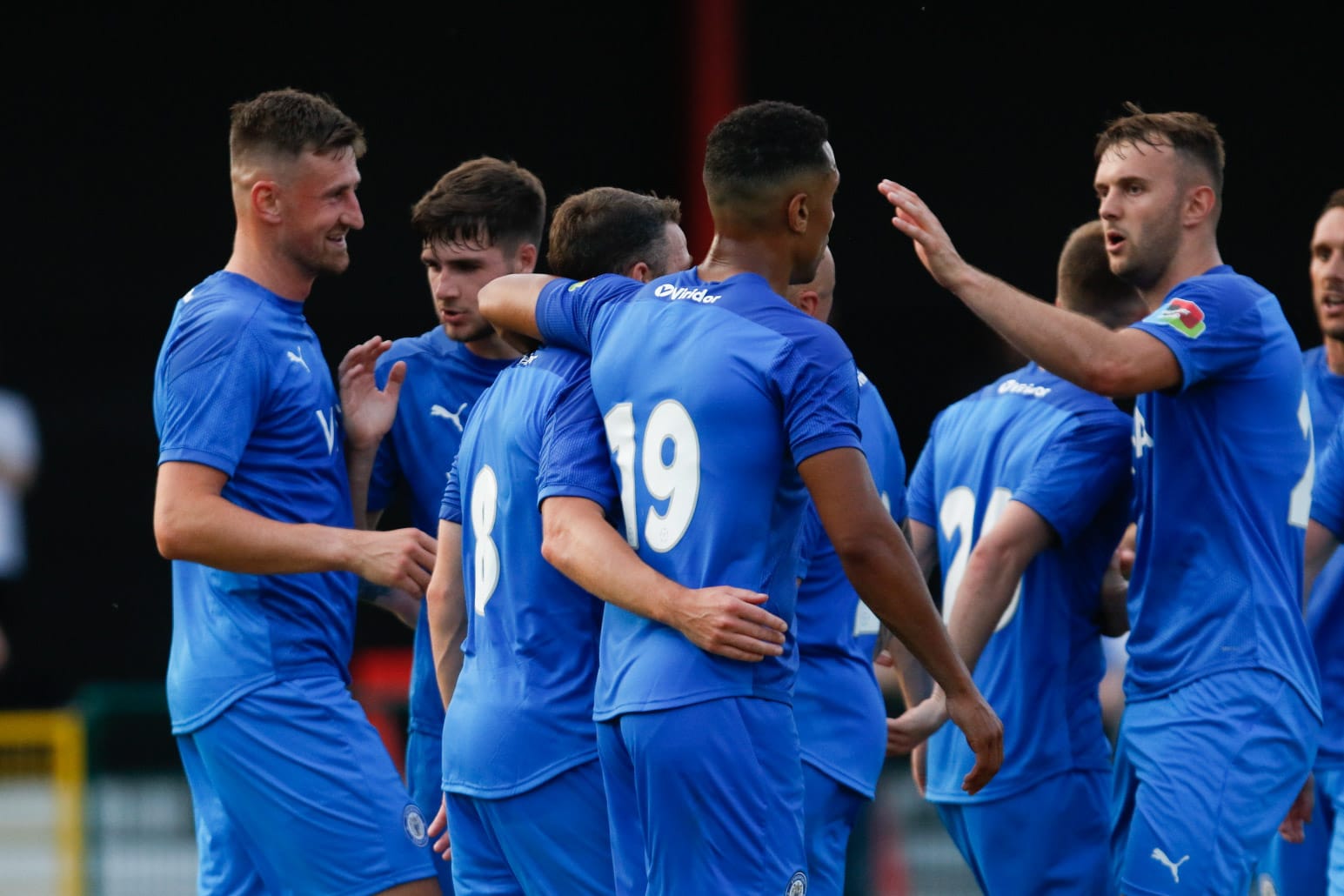 County’s pre-season friendly schedule began with a mid-July workout, and a two-goal victory, in Tameside against Ashton United of the Northern Premier League.

Second-half goals from Skipper Liam Hogan and John Rooney won the game on a balmy summer’s evening for the Hatters, who fielded different line-ups in each half, as well as taking an opportunity to introduce their close-season signings – with the exception of Ben Whitfield. The ‘Robins’, for their part, included former County players Michael Raynes and Sam Sheridan in the home starting line-up.

It so happened that an ex-Robin almost converted the first opportunity of the night for County, as Millenic Alli fired over after latching on to a trialist’s cross from the left, with just over two minutes played.

A quarter of an hour later, good work on the right by Macauley Southam-Hales led to a well-struck shot by Ryan Rydel that was deflected beyond the far post. And a Rydel corner from the same flank found Lois Maynard, whose header cleared the crossbar.

Southam-Hales went closer just after the half’s midway-point, when his 25-yard free-kick curled around the wall to strike the right post. And the lively Welsh wizard was denied again 10 minutes from the break, as home goalkeeper Greg Hartley dived to smother his shot from the right.

As half-time approached, the hosts had their first scoring opportunity of note – only for Nathan Ntalu to fire straight at Ben Hinchliffe, when one on one – before County broke and Alli blasted wide of the right post at the other end.

County’s second-half team took to the field, with new arrivals Ethan Ross and Scott Quigley respectively featuring in goal and attack. But it was Ntalu who fashioned the first chances after the interval, by firing over from the edge of County’s box.

Alex Reid squeezed an angled effort from the left just wide of the near upright, before Quigley saw his first shot as a Hatter kept out by Hartley. But County’s greater share of opportunities eventually bore fruit just ahead of the hour, courtesy of the Captain.

A corner from the left by Rooney was initially flicked on by Reid to Jordan Keane, whose shot rebounded off the near post and into the path of Hogan who drilled home to put the Hatters ahead.

Former Rochdale youngster Ethan Pye delivered a cross from the left for Reid that the striker headed narrowly beyond the far post – whilst at the home end, Ross was called into action to save from Ben Hardcastle who had been put through on goal, and substitute Waqas Azam fired a late effort into the right side-netting.

But Rooney had the last word with practically the final kick of the night, after collecting Sam Minihan’s cross from the right, taking a touch and firing a low shot in from 12 yards.