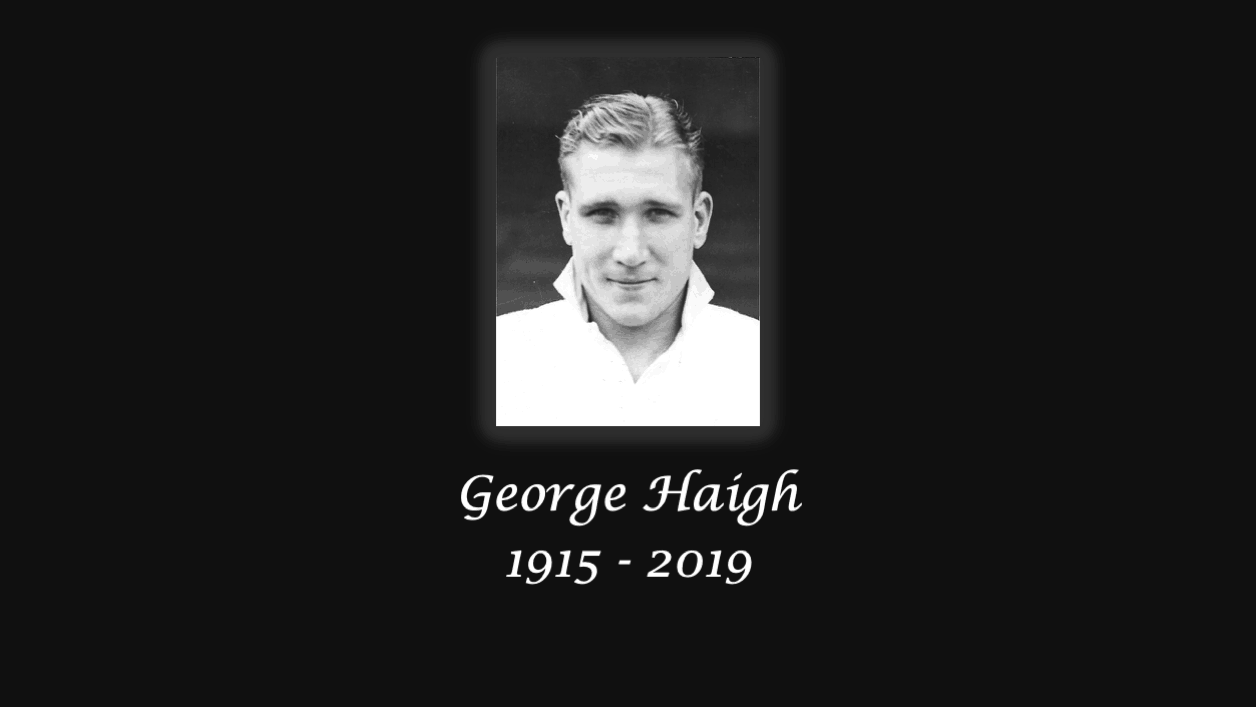 County’s oldest surviving player, George Haigh, has died at the age of 103. The RAF veteran passed away peacefully in his sleep this morning.

George was one of the oldest surviving professional footballers in the world, having made his debut for the Hatters in 1936.

Last November George attended County’s home clash with Brackley Town in the National League North, to mark Armistice Day and the 100th anniversary of the end of the Great War.

During his visit he unveiled a specially-designed plaque at the Cheadle End to commemorate our former players who made the ultimate sacrifice and lost their lives in conflict. George was interviewed by ITV Granada before the game and even gave a team talk to the current players before they left the dressing room.

George was born on June 29, 1915 in Reddish, Stockport, and left school in 1929 to sign for Manchester City as an amateur, working in a dying and bleaching factory alongside playing football. He became great friends with team mate and England international goalkeeper Frank Swift, who died following the Munich air disaster, an incident which George said ‘broke my heart’.

He went on to play for County until 1939 when World War Two effectively ended his pro career – he joined the RAF as a PT instructor and was initially posted to RAF Morecambe, where he trained new recruits and parachutists, still playing football at weekends.

In his last interview, George said: “The war definitely curtailed my career and it really intervened with everything as far as professional football was concerned.  As soon as war broke out, all contracts were cancelled and that made it very difficult because most of the players then had nowhere to go, so that’s when I decided to join the Air Force as a physical training instructor.”

County Director Jon Keighren said: “George was an amazing individual who was passionate about our football club. He was always a welcome visitor to Edgeley Park and was at his best when recalling his playing days.

“It’s a very sad day for everyone involved with Stockport County and we will be paying tribute to George at this weekend’s game at Nuneaton.”

Eight years ago George was presented with his Stockport County Appearance Number (SCAN) – a unique scheme in British football. George received No. 482.

The scheme was the brainchild of County historians Marcus Heap and Ian Watts, and the culmination of 15 years work.