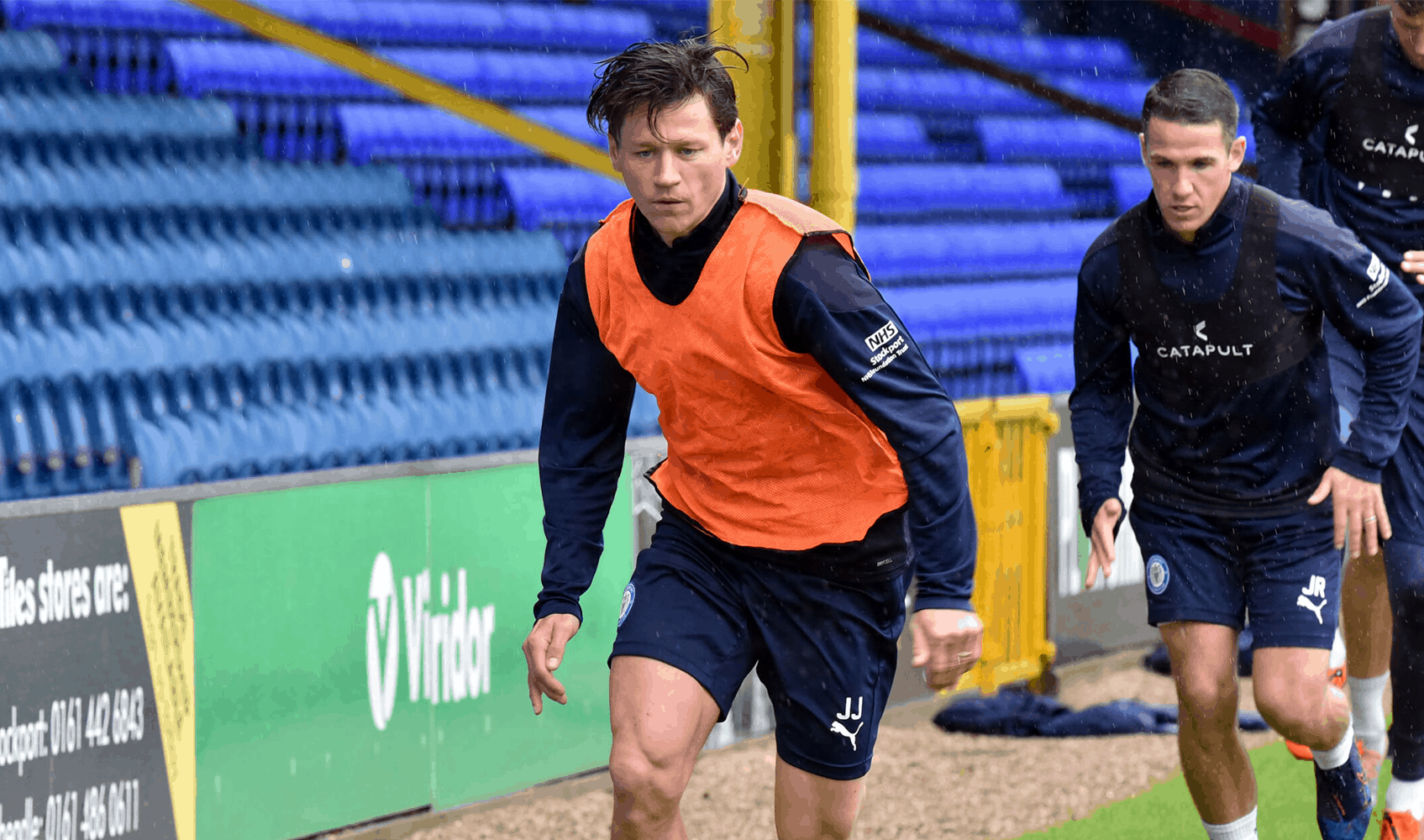 In his first interview since joining Stockport County from Wrexham in the Summer, our new left-back James Jennings spoke of his excitement over his move to Edgeley Park.

Having joined the Club alongside his younger brother Connor, who joined from Tranmere, James spoke of looking forward to playing alongside him professionally for the first time.

With one promotion from the National League already on his C.V. from his time at Mansfield, the experienced defender spoke of the quality of the squad currently being assembled at Edgeley Park, and his confidence that the team can go on to be successful.

Having grown up in Stockport, James’ excitement at representing his hometown Club was clear to see, describing it as a move that ‘ticks all the boxes’.

You can hear all of that, and more, from James in the video below: