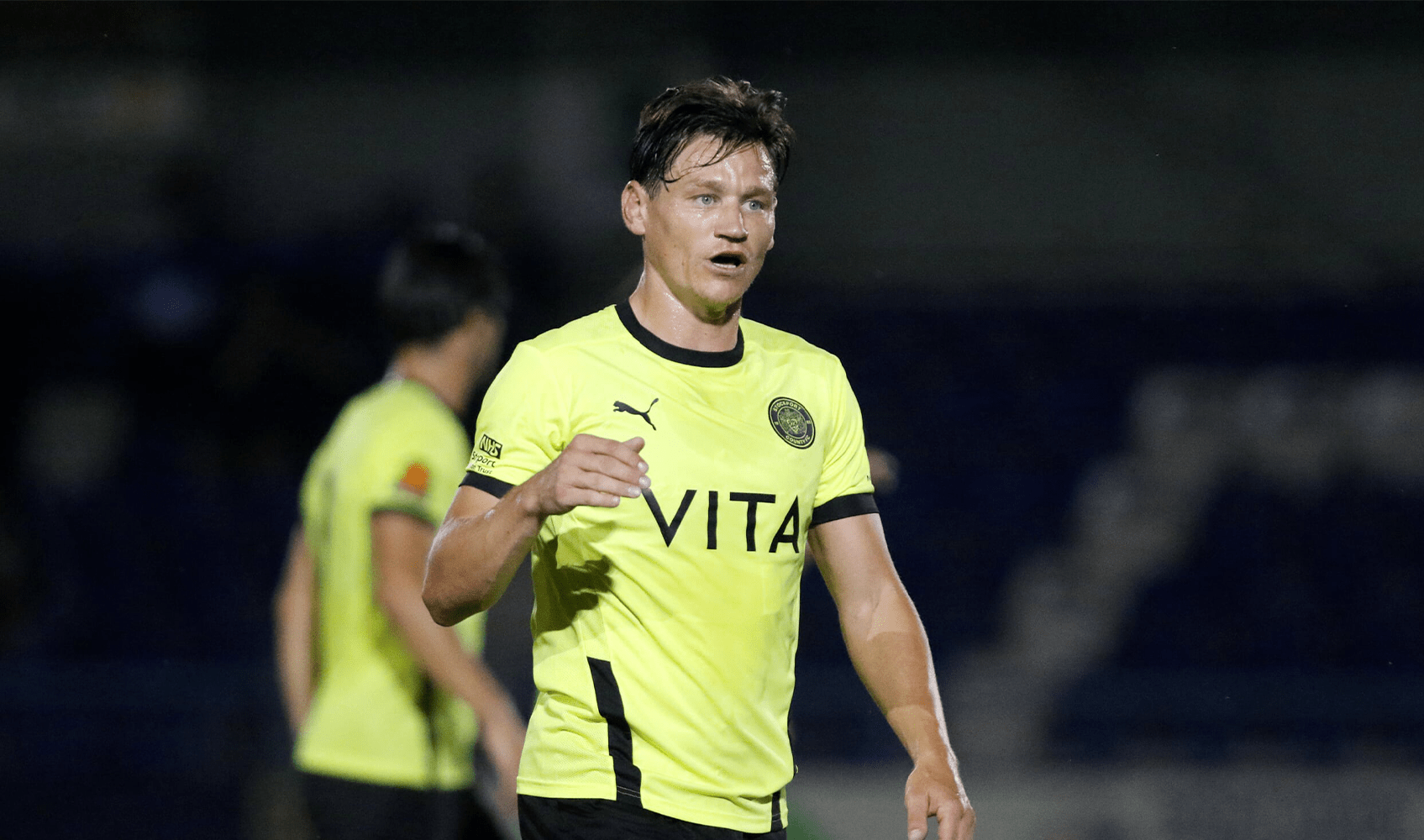 Hear post-match reaction from hat-trick hero James Jennings, after his astonishing first-half display helped County to a 5-1 win over Guiseley on Tuesday night.

James was clearly as surprised as anyone at his goal-scoring display, having never scored a hat-trick before in his career – with such feats usually being left to his brother Connor!

The defender spoke of how much he was enjoying his football during his short time at Edgeley Park, with the system being used giving him license to attack, with so many high-quality options going forward.

Despite a very positive pre-season so far, however, James wasn’t getting carried away, insisting you can’t read too much into friendly results, and that the team cannot afford to get complacent.

The 33-year-old went into detail on the mood around the camp at the minute, with the early start to pre-season allowing the new players to really settle in to their new surroundings in SK3.

To hear more from James after that unforgettable performance, watch the video below.