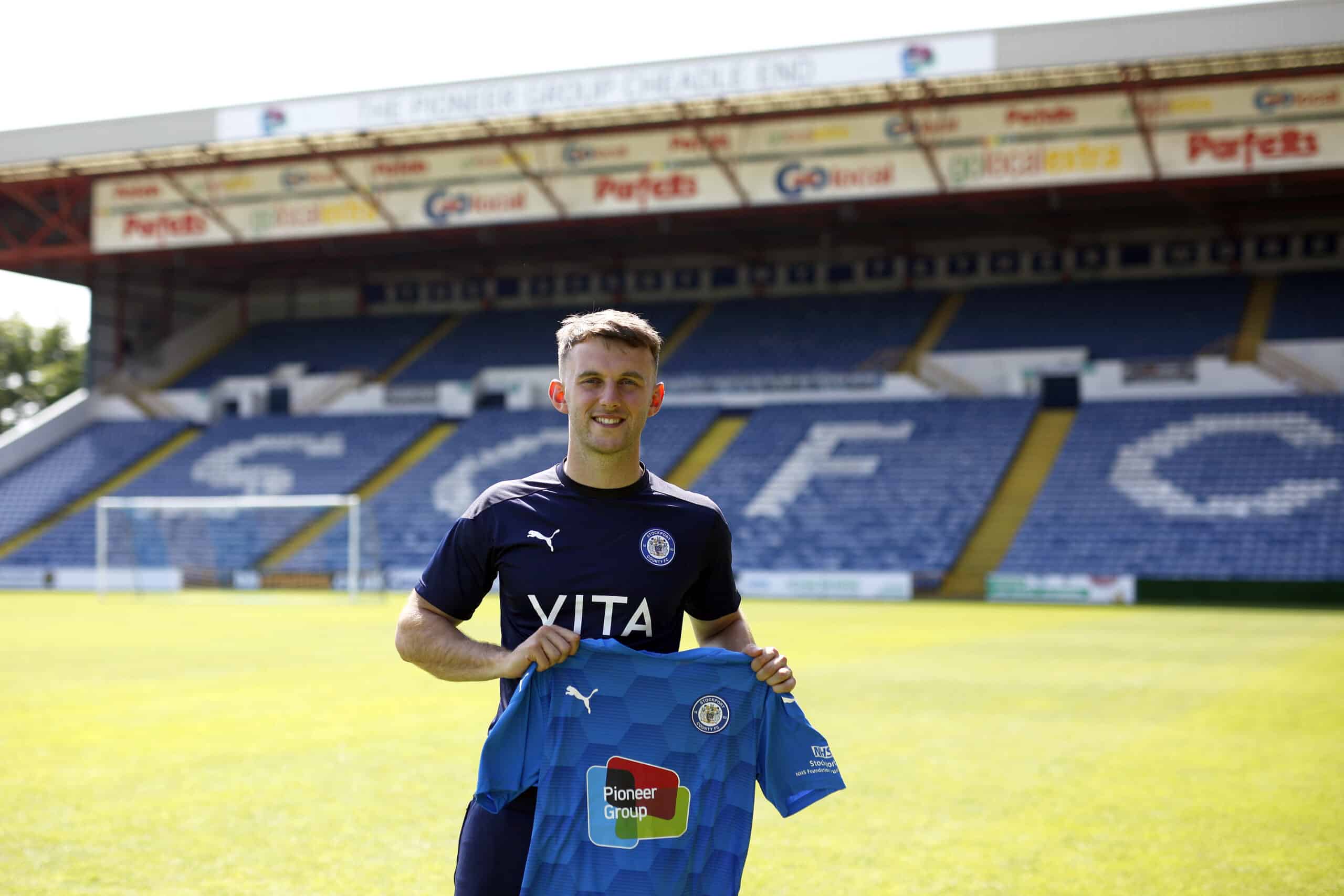 The Club is delighted to announce the signing of Jamie Stott on a 2 year deal at Edgeley Park.

The former Oldham Athletic defender has impressed on three loan spells at County totalling 48 appearances, and played a key role in County’s 18/19 Championship-winning season, picking up Young Player of the Year.

“It is great to see the return of Jamie to Stockport County. He is a player well known to the staff, players, and fans. He proved to be a very popular member of the team in 2018/2019 and we are all aware of the impact he had, whilst on loan, in that title winning season. He forged a great partnership with Ash Palmer at the heart of our defence and earned himself the young player of the year award to go with his Champions Medal.”

“It was understandable that Jamie returned to Oldham Athletic FC and attempted to establish himself as a Football League player with his hometown club. I continued to watch his progress with interest and was delighted to be at Boundary Park to witness Jamie’s winning goal against Liverpool U21s in the Football League Trophy. We had approached The Latics about a return of Jamie to Edgeley Park last season. However, a number of factors meant we couldn’t proceed at that time.”

“Unfortunately for Jamie, a difficult period followed including a change in football management and injury, which meant that Jamie had a frustrating end to the season and became available at the end of his contract this summer. In the past few weeks, we have helped Jamie overcome any concerns or fears with his injury and he looks in great shape for the season ahead, so we were happy to proceed with a contract to secure Jamie’s services.”

“Jamie provides another very good fit to our first team squad. We were looking for a very capable left sided central defender, whether we play a two or three man central defence. At still such a relatively young age Jamie brings a level of proven ability with a great potential for development and improvement.”

“Our initial recruitment targets included players with very strong experience of progress from this level and an ability to compete effectively at both this level and the next. We trust that the blend of these better equipped and experienced players will fit nicely with the players that have served us well over the last two seasons.”

“Myself and Simon Wilson have also identified a ‘third type’ of player which we were keen to recruit which is a group of younger professional players that will strengthen the group, compete effectively, and bring advances in the development of the team over the coming seasons. Jamie’s certainly fills that brief and I look forward to working with him as our own player.”

Welcome back to Edgeley Park, Jamie!