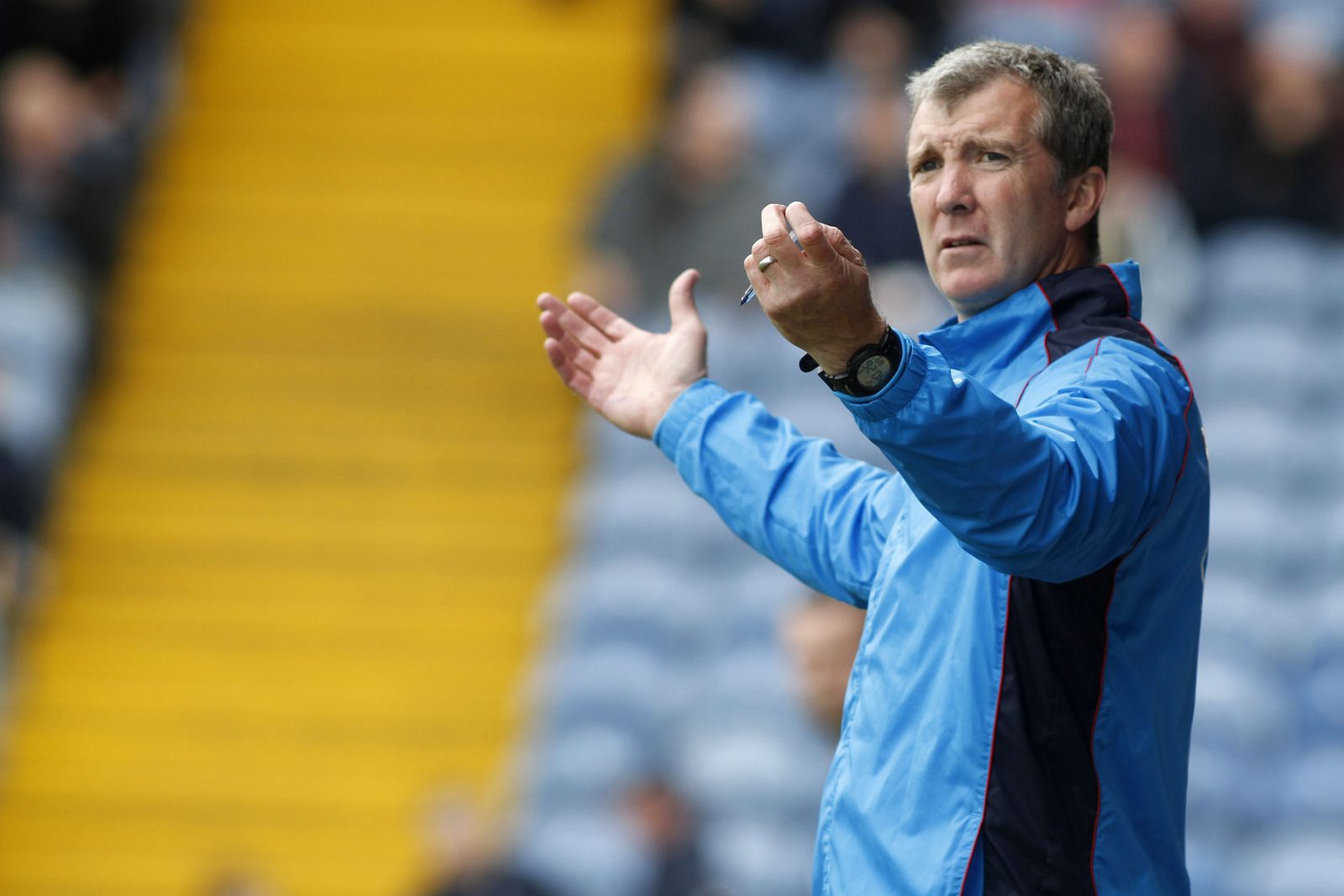 Stockport County manager Jim Gannon speaks to 104.9 Imagine FM presenter Chris Ridgway about the draw at home to Hereford, the challenge ahead in the FA Cup against Altrincham and welcomes Blossoms to Edgeley Park.

It wasn’t just the resilience of Hereford that was frustrating Stockport County at the weekend, but also their own cutting edge in front of goal. The Hatters, despite dominating possession, rarely threatened the Bulls goal.

Jim Gannon on the Goal Threat

”I don’t think we really worked the keeper. We’ve got ourselves into some really good positions and I think the final ball was lacking. In terms of crossing the ball into the right areas, which we’ve practised, and the set plays were poor or over hit, which was just really disappointing.”

There had been a recurring theme throughout the game that had seen Stockport County up against two solid walls of yellow. Despite huffing and puffing, until the late penalty, the Hatters weren’t really able to carve any openings.

Jim Gannon on Altrincham and the FA Cup

“It will be a test, you only have to look at their recent form” says Jim, acknowledging Alty’s goal tally in recent weeks. “They’ve beaten Whitley Bay 5-0 and Bradford PArk Avenue 4-0, so they’re a side showing courage in their convictions in the FA Cup”.

The fact that the First Round of the FA Cup beckons for the winner of this week’s game makes it an even more exciting game in prospect.

“I’m really pleased (that Blossoms will be playing Edgeley Park), I love edgeley park for football, but it’s nice to have one, or several of the best bands in the town playing here…it will be a great benefit for everyone involved in the club and everyone involved to blossoms…it’s a credit to everyone”

Following the conversation with Jim Gannon, hosts Chris Ridgway and Martin Johnston of 104.9 Imagine FM pick over another week in the lives of Stockport County fans, while discussing the Blossoms concert themselves, including a short cap on the bands performance last weekend.

Chris and Martin also picked their ‘one to watch’ for the Altrincham game. As usual they also decided who was ‘da man’ in Stockport County’s draw with Hereford.

Don’t forget that as always, Chris Ridgway joins Jon Keighren this Saturday on 104.9 Imagine FM and around the world on County Player for full match commentary and all the coverage of Stockport County in the Vanarama National League North.

For live updates on that game, every game and indeed everything Stockport County, follow us on Twitter – @StockportCounty