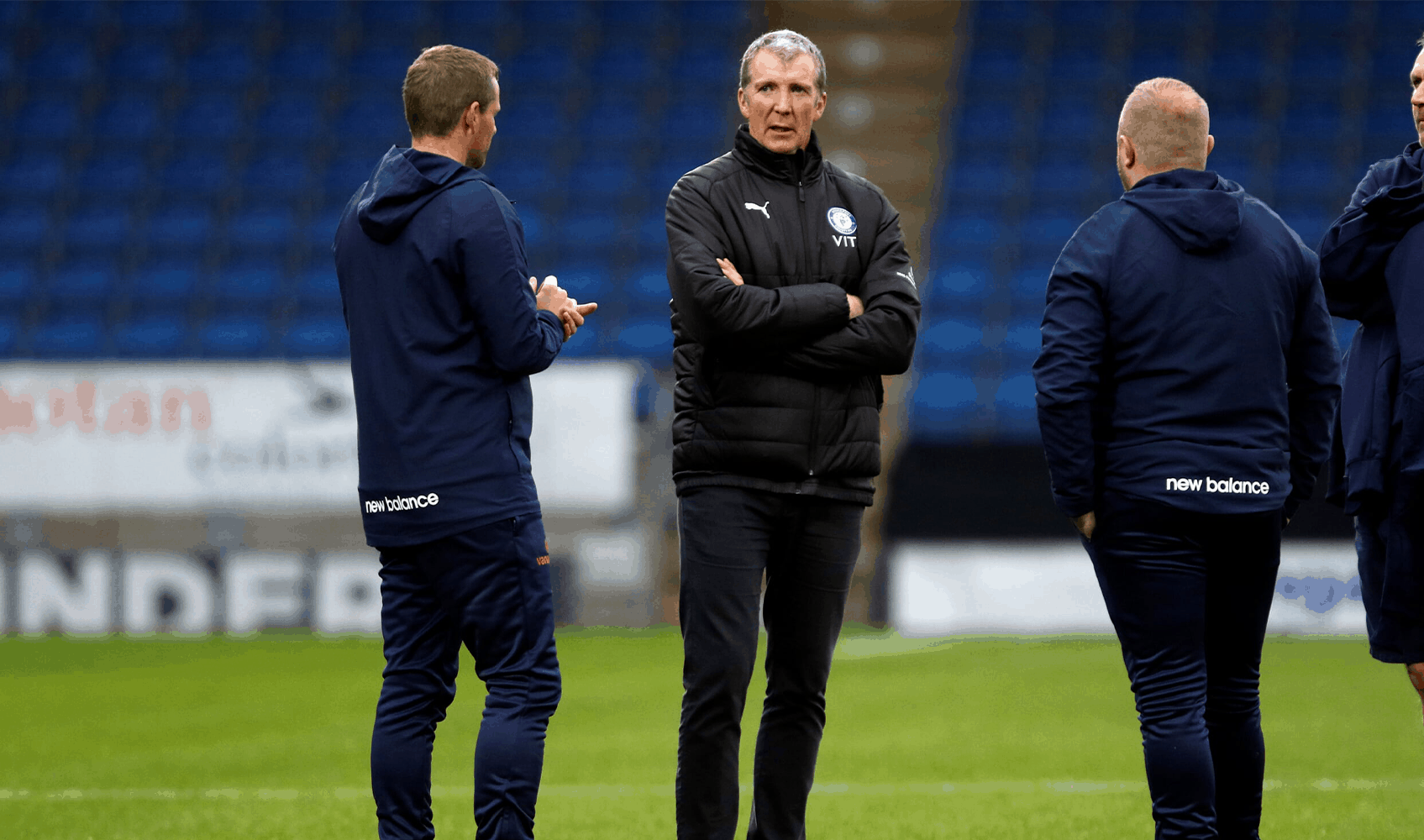 Manager Jim Gannon described it as a ‘great feeling’ as a late goal from substitute Alex Reid sent County top of the National League table at Chesterfield.

Jim was really pleased for the lads after all the hard work put in to the last week, with two great wins away from home after Tuesday’s victory at Wealdstone.

He was pleased that the ‘brave’ decision to bring Reid on for Jamie Stott with twenty minutes to go paid off, with Alex’s introduction opening the game up and resulting in him nodding in the winner with five minutes to go.

With 17 efforts on goal away from goal, Jim talked about the shape of the team and how the contribution of the wing-backs has made us such a dangerous side going forward, especially when facing such stubborn opposition.

The manager was pleased that the side now have a free week until their next game, again against Chesterfield in the FA Cup, as it provides the players a break mentally, and the chance to ‘recharge their batteries’.

Speaking on set-pieces, Jim was really pleased with the vast improvements of the delivery of set-pieces in the game, and was happy to see the side constantly adding improvements to their game every week.

To see the full interview with Jim Gannon, watch the video below.