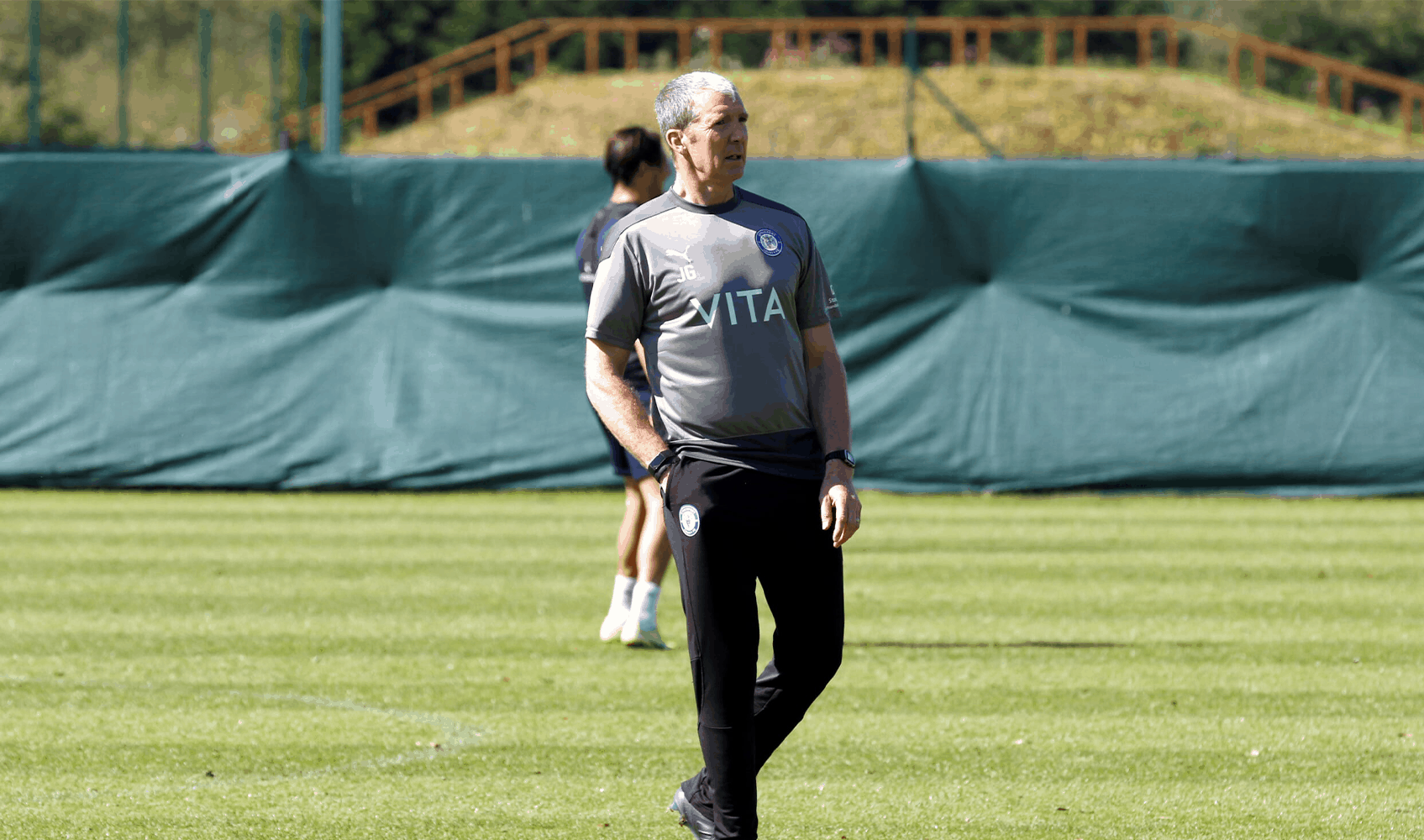 Hear post-match reaction from manager Jim Gannon, as the Hatters returned to pre-season action with victory away at Colne FC.

Although we weren’t quite as fluid as the manager would have liked, he didn’t want to be too harsh on the side given the difficult conditions in which the match was played out, on the slope at Holt House.

There was talk about the flexibility and versatility available throughout the side after switching from a back three to a back four in the second-half, although Jim believes there is still work to be done in players adapting to different shapes and positions.

Jim was delighted to see fans back inside the stadium for the game, with 400 spectators allowed in under government guidelines, and spoke of how he was looking forward to the day we can ‘all be back at Edgeley Park enjoying a game,’ with the start of the season now just four weeks away.

Hear all of that and more from the boss, including talk on transfer activity, the fixtures and season ticket sales in the video below.

To watch the highlights from yesterday’s game, click here.