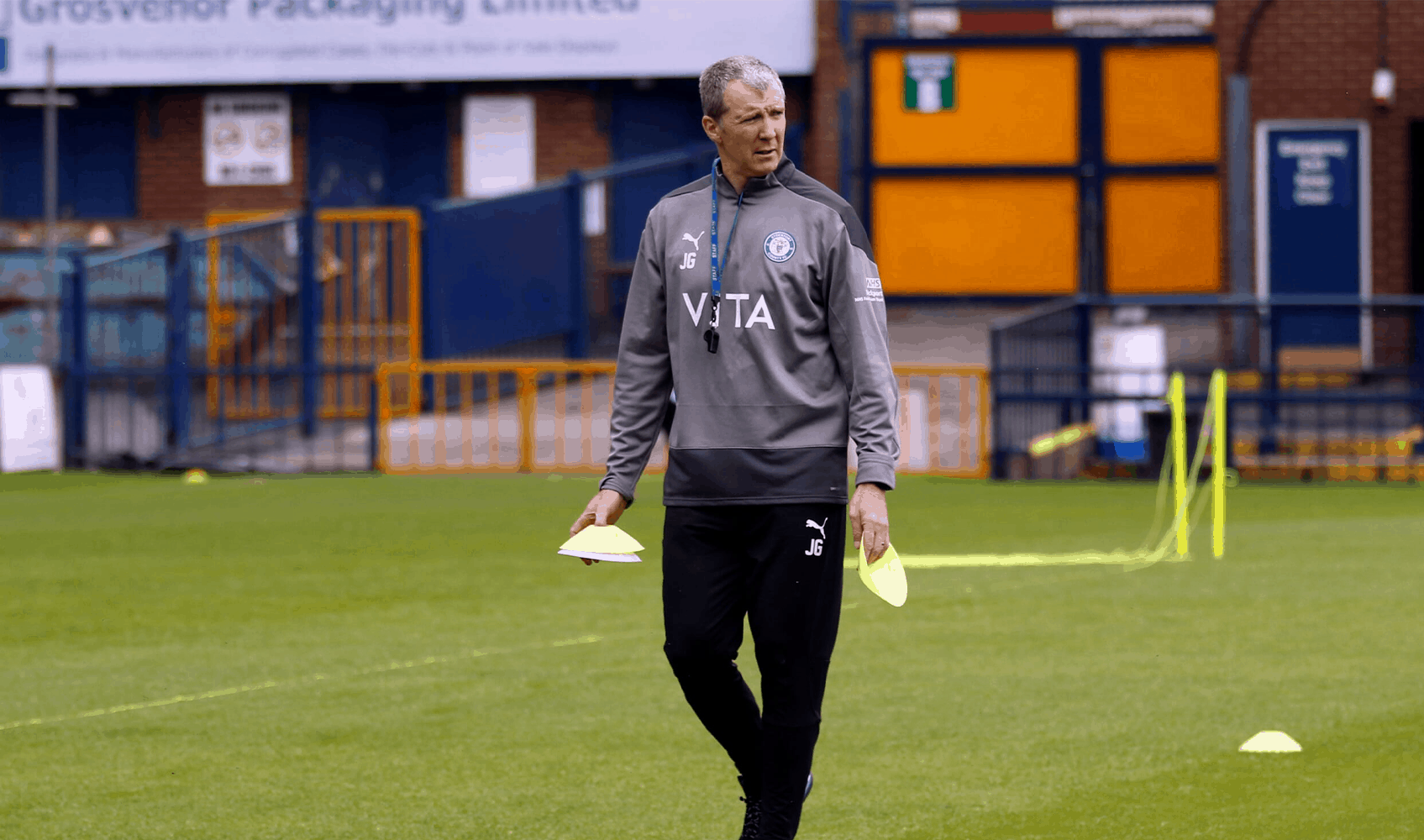 Hear post-match reaction from manager Jim Gannon, after County made it three straight wins without conceding a goal with a comfortable victory over Curzon Ashton at Edgeley Park.

Despite some wayward finishes in both halves from County, Jim was pleased with the performance of the team, believing them to be adding little bits to their game every week at the moment as they prepare for the season’s start in three weeks time.

He reiterated that there was work to be done in turning good players into great players, believing that more lethal finishing and more concentration at the back would be needed for the tougher challenges to come over the campaign.

The ever-improving set-up around the Club was highlighted by the manager, with the switch to full-time football, the move to Carrington and the appointment of analyst Sean O’Callaghan all contributing towards the team being more prepared and able to improve than in previous seasons.

With the strange sight of Paul Turnbull lining up for the opposition on Saturday, Jim spoke about the difficult in letting both him and Sam Walker over the Summer, paying tribute to his contribution to the Club over many years of service.

To hear more from the manager, including talk on injuries, the loan market and the start of the season, watch the video below.