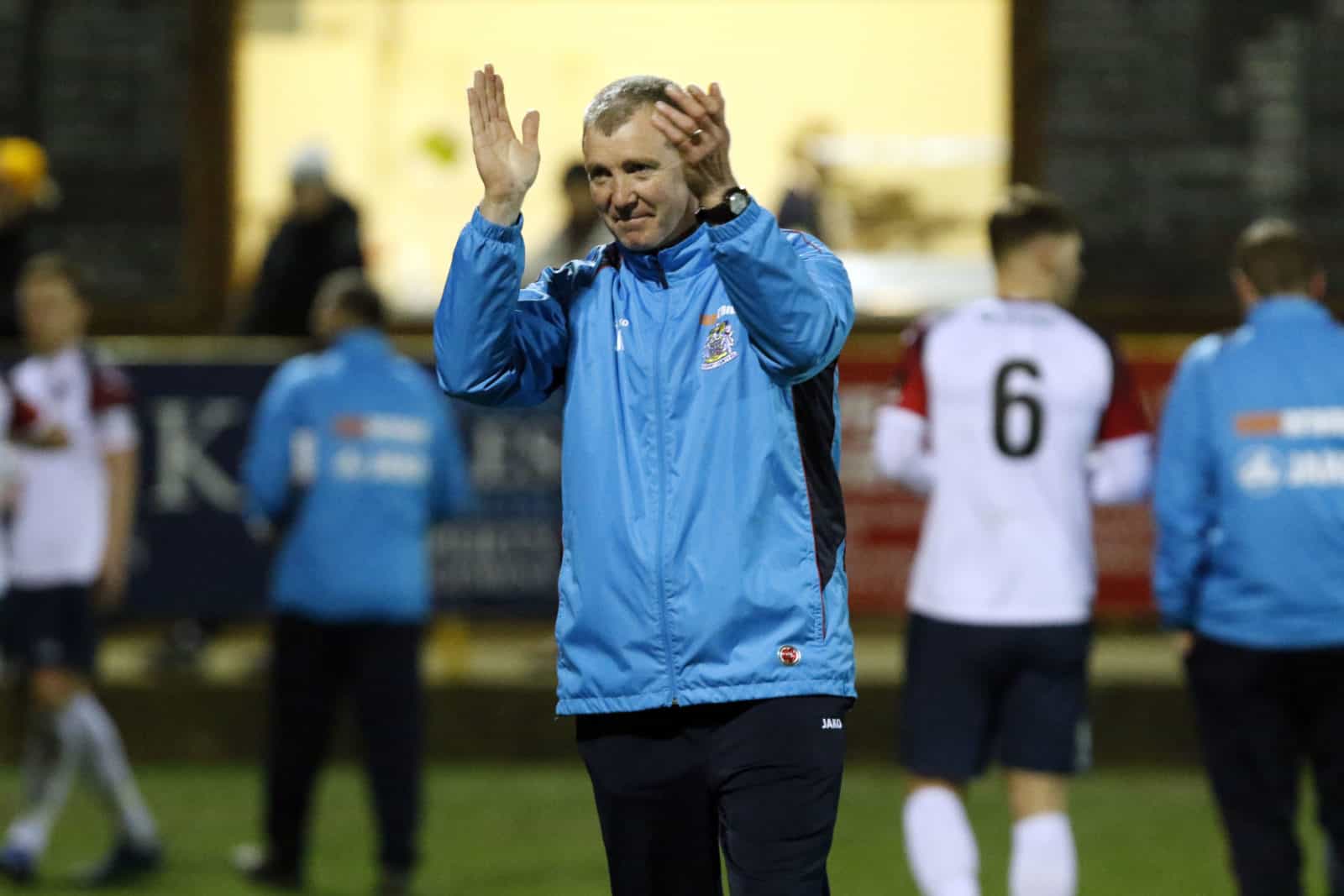 Stockport County manager Jim Gannon has signed an improved and extended contract to remain at Edgeley Park until the summer of 2021.

Jim said: “I’m really pleased to have signed this extension but I am more pleased that the board believes in what we are trying to achieve at the club.

“We have been working tirelessly to professionalise every aspect of the football club and I’m fully committed to continuing that work.

“We’re in the middle of our most successful season since I returned to Edgeley Park and I have great faith in the direction of travel which the club is taking, so I was very happy to commit to this new deal.

“It also gives the players confidence when discussing their own futures to know that the manager is in place for the foreseeable future.”

County Chairman Richard Park said: “We’re delighted to have got Jim’s contract extension agreed, because we feel it’s important for everyone to have that additional security going forward. We’ve been working hard to create a stable and sustainable future for our club and Jim is a huge part of that commitment.

“This two-and-a-half year extension allows everyone to focus on the future and to concentrate on taking County back to the level where we believe we should be operating.

“Jim shares our ambition to return the club to the Football League, and it makes sense to offer a contract to someone who has the club at heart and is responsible for a marked improvement in results.”

Jim Gannon, 50, is in his third stint as manager of County having returned to the club in January 2016. He won the Cheshire Senior Cup in his first season back and guided County to the Play Offs last season.

Earlier this month he equalled an 82-year-old record for the club’s longest unbeaten league run in a single season – 16 games – as he led County to the top of the National League North table.

He is also the club’s longest-serving manager of all-time, having overtaken Fred Stewart for the number of games in charge – more than 430 and still counting.