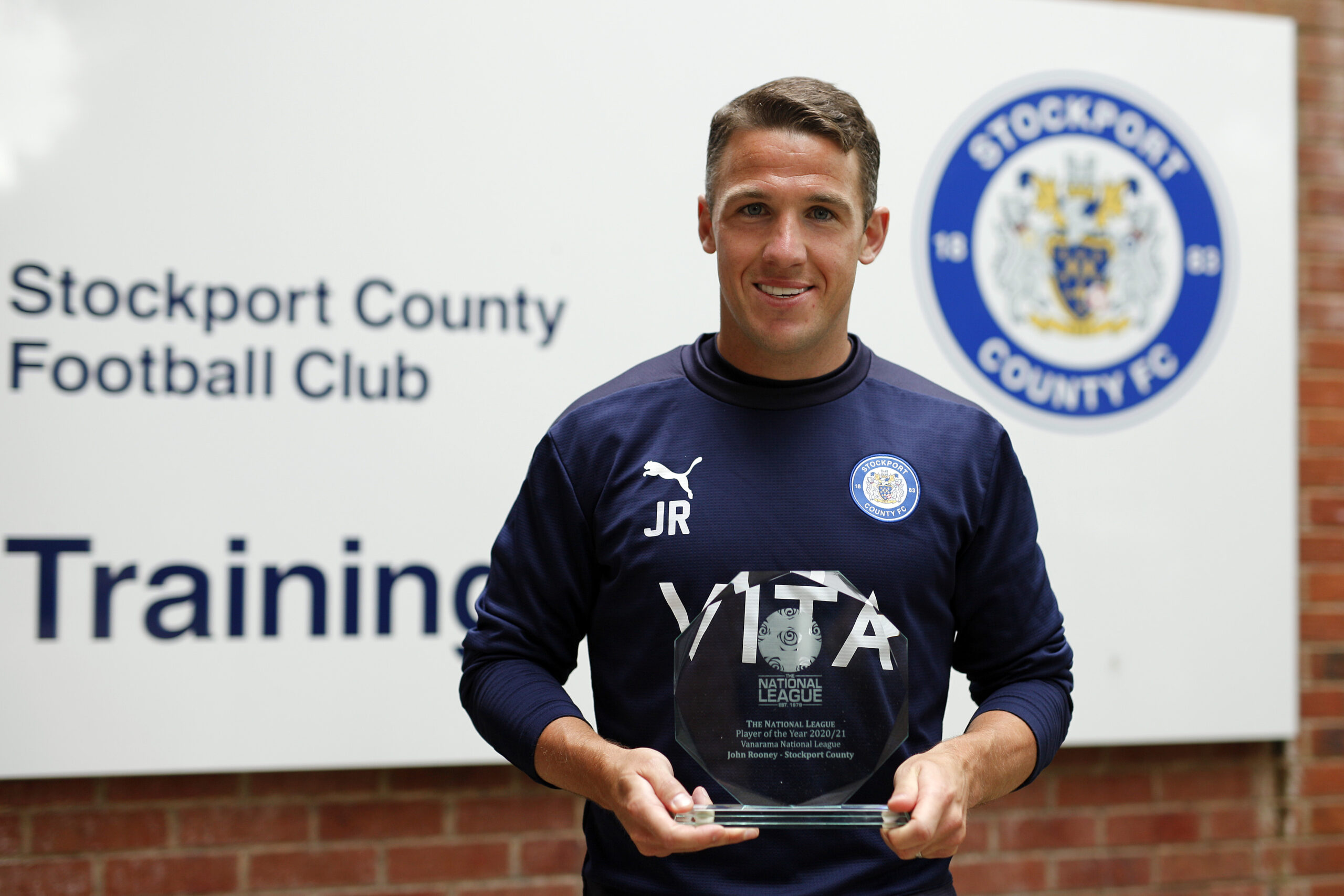 For the second year running, John Rooney has been voted the National League Player of the Year after a superb first season at the Club.

Rooney, a summer signing from Barrow after captaining them to the National League title last season, has lit up Edgeley Park on many occasions this season – finding the back of the net 21 times in all competitions so far, as well as registering nine assists.

See below for the full statement from the National League:

Stockport County star John Rooney has won Player of the Year for the Vanarama National League for a second successive season.

The attack-minded midfielder finished in the top ten in the division’s goalscoring charts after helping secure the Hatters a play-off semi-final spot with a third-place finish.

Rooney, 30, starred in Barrow’s title success in 2019/20, and has continued his fine form with his new club.

As a set-piece specialist with an eye for long-range goals and a killer pass into the final third, the midfielder pipped Bromley’s Michael Cheek and Connor Lemonheigh-Evans of Torquay United in a vote taken by each National division side.

“It’s a real honour for me to win this award for the second year running, even more so to do it in my first year here at County, and I’d like to thank everybody that voted for me.

“It’s obviously been a really strange year with no supporters in, but when we look back, I think I can be happy with a lot of my performances this year, and more importantly I think we can be proud of how far we’ve come as a team so far this season.

“I’ve really enjoyed my time here so far, and luckily I’ve got a lot of great teammates around me that have helped us to be successful and helped me show what I can do.

“Individual awards are nice of course, but now we’re all just focussed on the next two games and ending the season with promotion, which is what we all set out to do at the start of the year. Hopefully there’s a few more special moment and goals to come and we can get over the finishing line.”

“For John to win the player of the year award twice in two seasons not only showcases his quality, which you see in the goals and big moments, but also the consistency in his performances and application which we see on a day-to-day basis.

“This award goes some way to recognise and justify the sacrifices he makes to get to that level. On behalf of everyone at the club I’d like to congratulate John and show our appreciation for his significant contribution for us this season”.