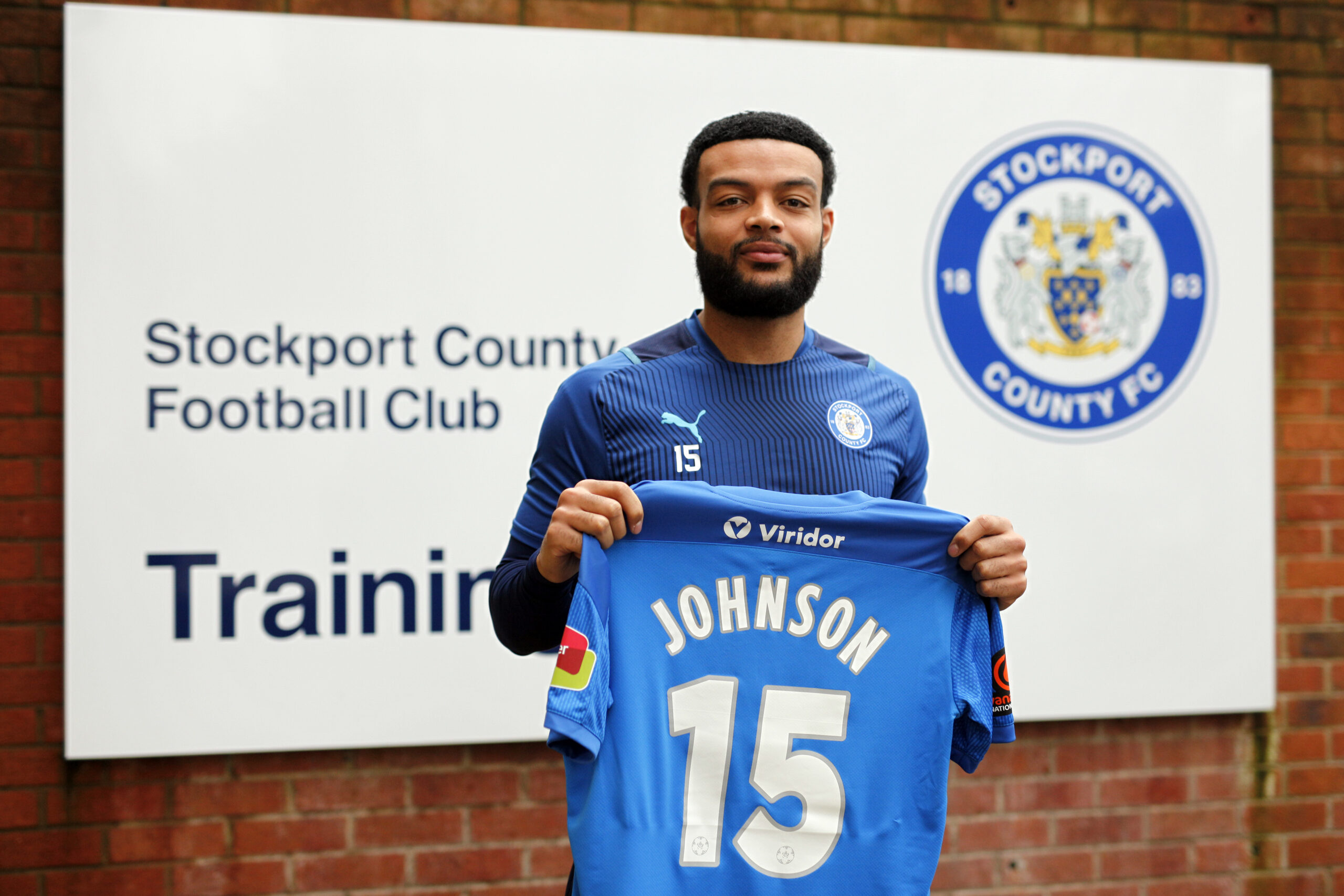 We are delighted to confirm the signing of former Stevenage and Hartlepool United defender Ryan Johnson, who joins from Port Vale for an undisclosed fee.

The 25-year-old has signed a contract at Edgeley Park until 2023 following a six-month spell at Vale Park, and after helping Dave Challinor’s Hartlepool United gain promotion to the Football League last season.

A left-sided centre-back that is comfortable on the ball, Johnson played a key role in Hartlepool’s play-off winning side last season, making 37 appearances and scoring five times – playing every minute of their three play-off games.

Birmingham-born Johnson began his career in West Brom’s youth academy before leaving to join Stevenage, then of League One, in search of a faster route into first-team football. He got exactly that in May 2014, as he became the Club’s youngest debutant in the Football League at the time after starting away at Brentford at the age of 17 years and 215 days.

Loan spells followed at Boreham Wood, St Albans, Nuneaton Town and Kidderminster, with Johnson’s performances drawing interest from the top level that led to trials at both Tottenham Hotspur and Norwich City.

Having made 19 appearances for Kidderminster Harriers in is final loan spell, the deal was eventually made permanent by the Harriers, who signed Johnson for an undisclosed fee. He would go on to make 66 appearances for the National League North side, before leaving in 2020.

A move to Hartlepool soon followed, with Dave Challinor moving to bring the defender in on a short-term contract in September 2020 following a successful trial at the Club. He got off to the perfect start at Victoria Park too, scoring in his first two games in wins against Chesterfield and Maidenhead United before going on to get another against County soon after.

Johnson was handed a further two contract extensions after continuing to impress at the Club, becoming a mainstay on the left hand side of a back three for the Monkey Hangers as they won promotion on penalties in the play-off final.

After making eight appearances for a Port Vale side flying high in League Two side so far this season, Ryan now joins up with his former manager – becoming the first signing made since Dave Challinor’s appointment as County boss.

“I’m absolutely delighted to get Ryan in the building. He’s someone I’ve worked with previously, so we know each other and I’m really looking forward to working with him again.

“I know what he can add and he knows my expectations and how I work. I feel he developed as a player in the last stint with me, and I really think there’s plenty of scope for more improvement. He’s a powerful, naturally left sided defender who will undoubtedly add to the quality we already have in the group.

“Most importantly, he knows the level, knows what it takes to be successful, has been promoted from this division and can move forward with the club on our journey.”

“Ryan was a noticeable coup as part of an excellent summer recruitment by Port Vale last year.

“Given Port Vale‘s success so far this year, Ryan has had limited opportunities to play but he is a powerful, ball playing left-footed central defender, who at age 25 will be starting to mature and we have got him at a good time.

“He is another in our group that has a promotion from this division, and understands what it takes to win.”