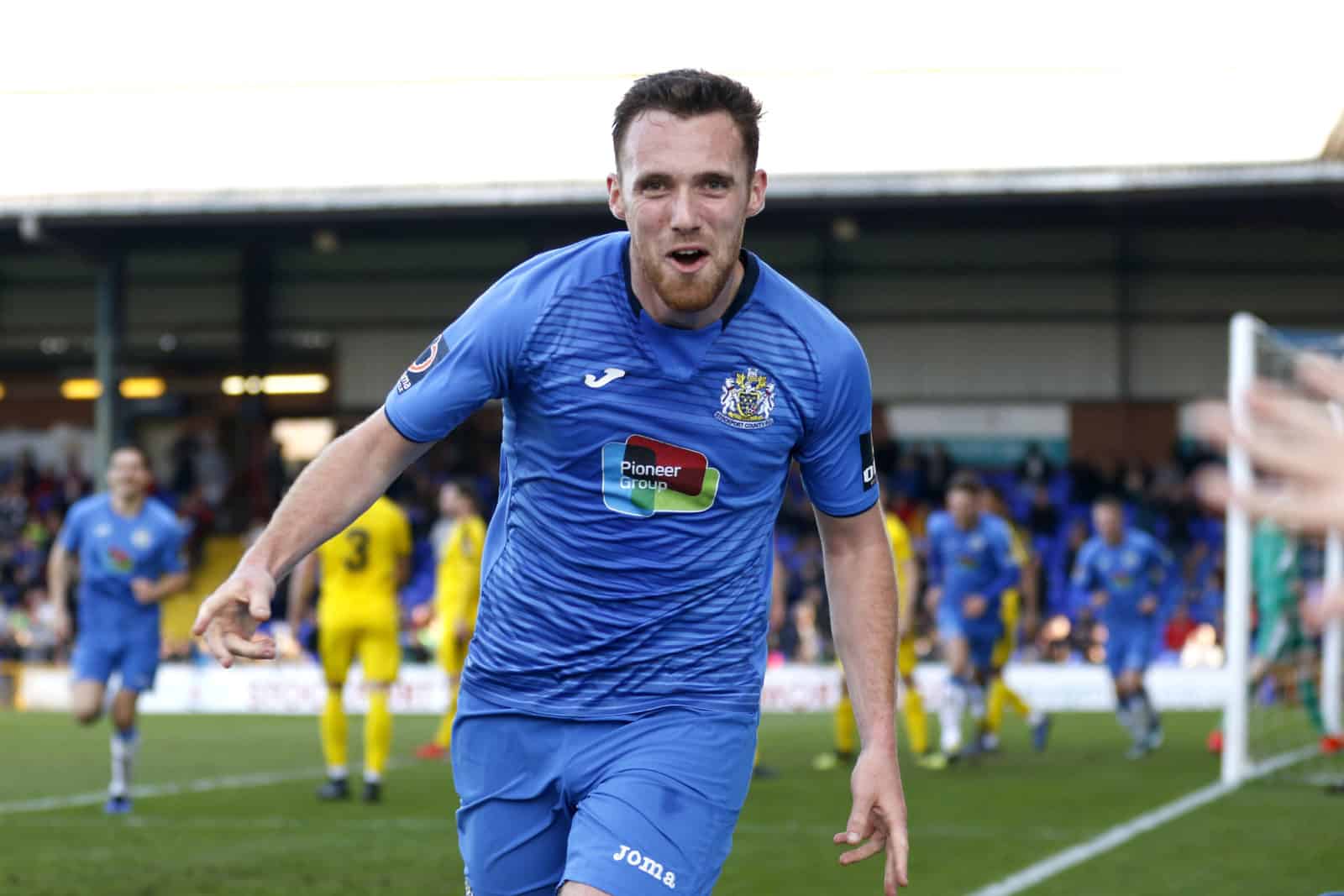 The versatile holding midfielder has impressed everyone at Edgeley Park since arriving last summer from Boston United, securing the National North title in his first year with the Hatters.

He made 52 appearances for the club last season and was an integral part of the title-winning squad.

Manager Jim Gannon said: “Jordan has grown with the team and has the flexibility to adapt to changing structures within the club. There have been changes in his family and working life, and he wants to be part of the journey here at County.

“He’s an excellent central defender, as he proved when he won the Player of the Year award at Boston as a left-sided centre half, but he’s also done a great job for us as a holding midfielder, which gives us the option to look at different systems. It’s great to have players who offer more tactical flexibility.”

Jordan started his career as a youngster at Stoke City alongside players such as Peter Crouch and Charlie Adam before moving on to play for Tamworth, Alfreton, Nuneaton and Worcester City.

The deal runs for one year with an option for a second year.