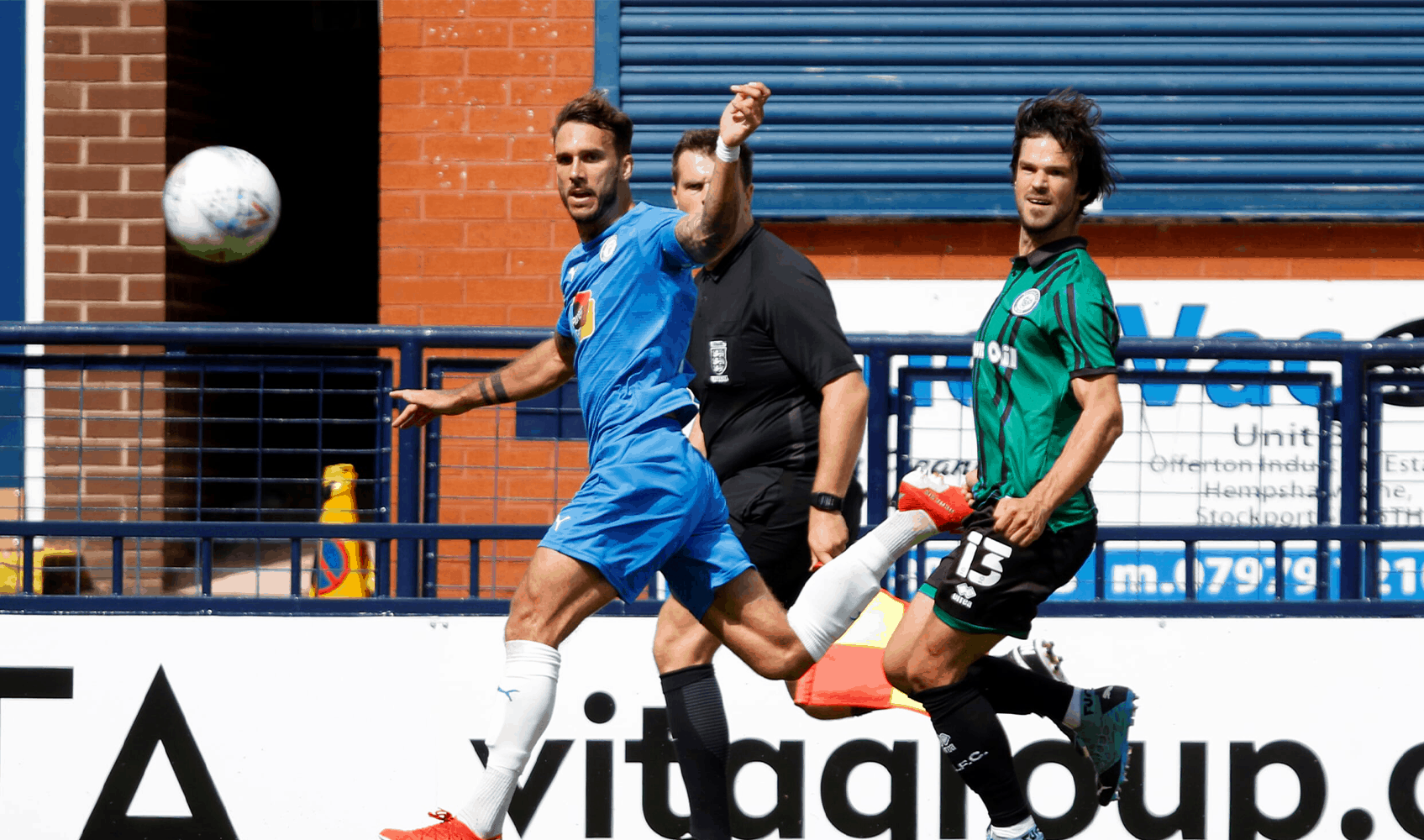 Ahead of this afternoon’s game against Salford City at Edgeley Park, we caught up with County defender Liam Hogan at Carrington, as he prepares to go up against his former Club.

Reflecting on the two pre-season games played already, the defender said he was happy to be back out on the football pitch after such a long time off, believing the side had already learned a lot from coming up against higher-level opposition.

Liam was looking forward to going up against his former side, having spent two and a half years at Salford prior to signing for County, and believes the League 2 side will be another big test for the team.

Looking ahead to next season, having already won promotion from the National League during his time at Salford, Liam was confident that the squad being assembled at Edgeley Park is capable of pushing for a return to the Football League, although was keen to stress there would be no guarantees, as he believes County will become a big scalp for many teams this season.

To hear all of that and more from Liam, watch the video below.