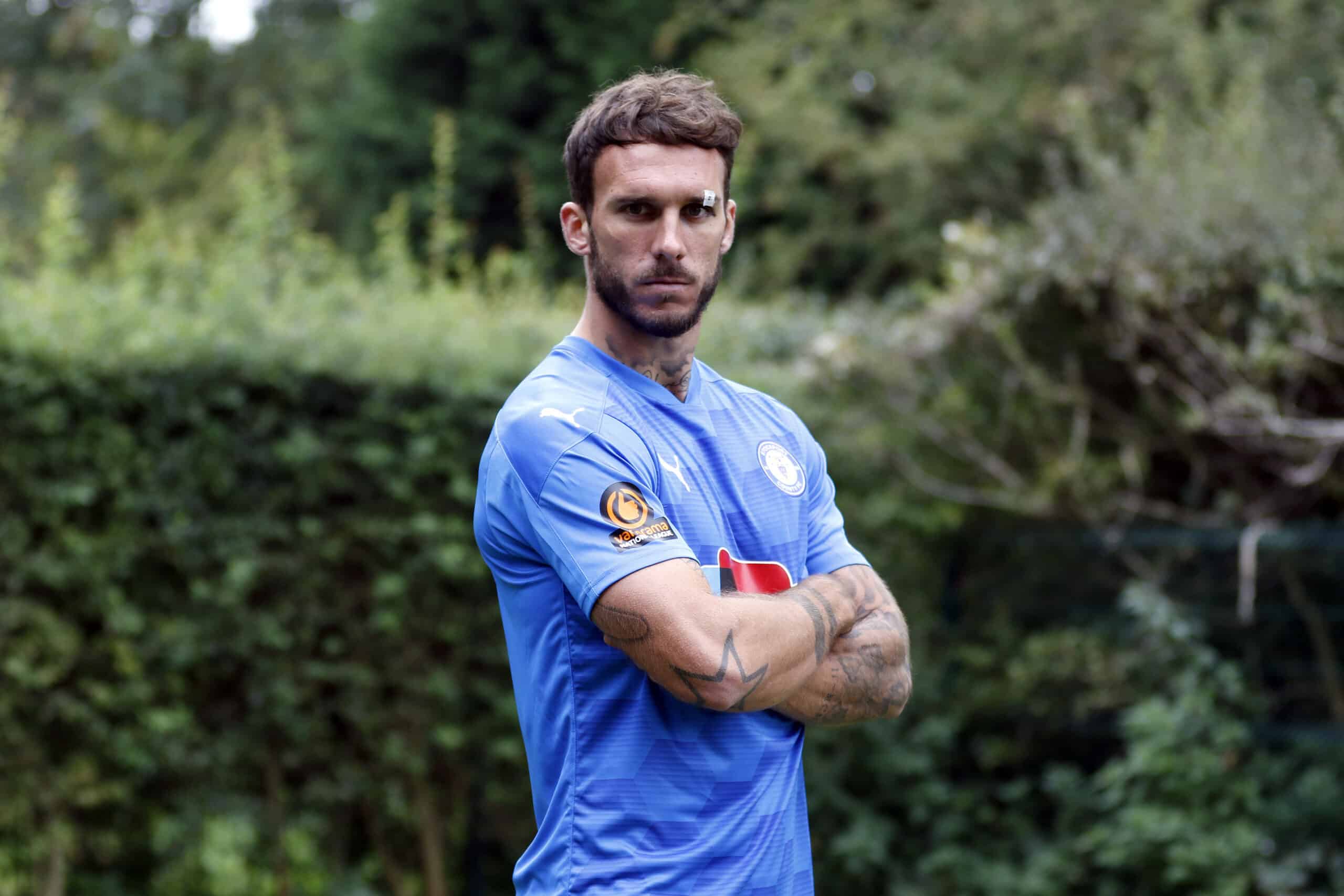 We are delighted to confirm that defender Liam Hogan has been named as the new Club Captain for the upcoming 2020/21 season.

Following the departure of Club Legend and previous captain Paul Turnbull over the Summer, Liam, signed from Salford City back in February, has been chosen by manager Jim Gannon as the man to take on the armband.

Despite only making five competitive appearances before last season’s curtailment, the 31-year-old has proven to be an instant hit amongst his team-mates and County supporters, and has captained the side throughout pre-season.

“Personally it’s a role I enjoy,” Liam said. “With the on-field leadership qualities we have, we are really strong in that area; leaders such as Ash Palmer, Jordan Keane and Sam Minihan, who have an association with the Club and its success stories of recent years. That’s important.”

“But we also have leaders who have played at this level and in the levels the Club is heading to, vocal types, and the setting example type of leaders and I like to think I bring a little of both. I’m really grateful, and will thrive on the opportunity.”

“My aims for the new season are the same as all the other lads in this competitive group, to secure my place in the team through consistent performances. We are all part of a bigger picture, and nobody will be able to lower their levels.”

“It will be unfamiliar to us all when we get going this weekend, with the changes in place. We know within the group that to achieve a great season we must be willing to accept these changes, and adapt the quickest to turn them into positives.

“The reward of Football League status is waiting, so the aim is not to disappoint.”

In other news, the squad can reveal its squad numbers for the 2020/21 season: