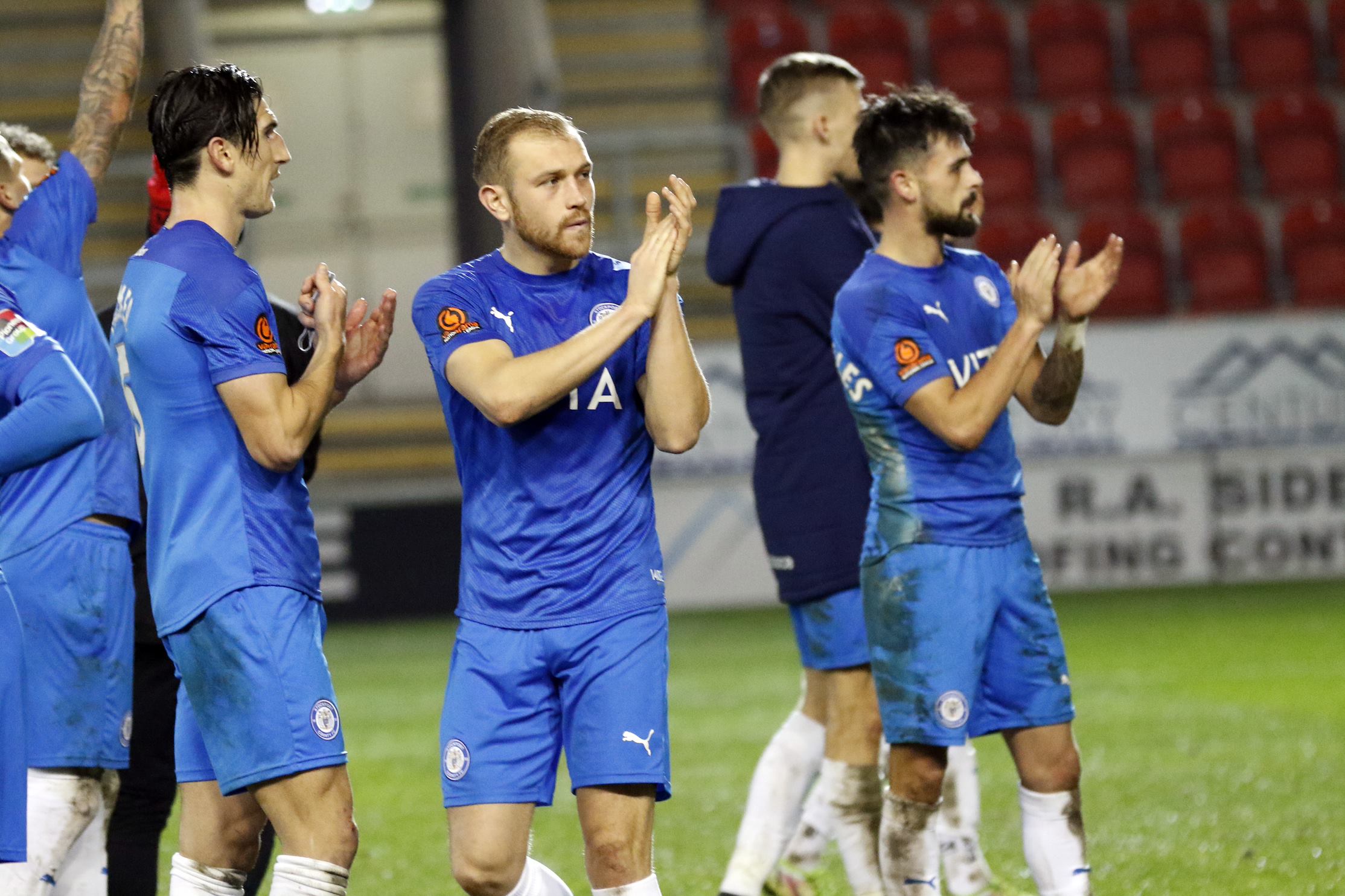 County will finally play their first game of the New Year on Tuesday night, as we look to get 2022 of to a winning start away at local rivals Altrincham.

This fixture was originally due to be played on Monday 3rd January before being postponed due to Covid and injury in the Altrincham camp, meaning this will be our first game since winning 1-0 away at play-off rivals Solihull Moors two weeks ago.

That result in Birmingham had lifted us into the play-off places for the first time this season, sitting sixth at the end of the day, although results elsewhere since then have seen us drop back down to eighth.

We are now two points off the play-off places and eight from the top of the table, but with at least two games in hand on four of the seven sides above us as we approach the halfway point in the season.

Altrincham meanwhile recovered from their Covid crisis in time to face Barnet at the weekend, and were denied a much needed victory away from home by a stoppage time equaliser for the hosts from Mitch Brundle, after Ben Pringle’s earlier strike had looked to have given the Robins all three points.

That result leaves Phil Parkinson’s side in 16th place going into this one, 11 points above the relegation zone and 12 off the play-off places.

This will be the second meeting between the two sides in just 16 days after County inflicted a heaviest defeat of the season on Altrincham last time out, running out 5-1 winners at Edgeley Park on Boxing Day.

County were 3-0 up after just 13 minutes that day after goals from Antoni Sarcevic, Paddy Madden and Scott Quigley, before further strikes from Will Collar and Ollie Crankshaw made it the perfect festive fixture in front of a sell-out home crowd at Edgeley Park.

That result made it just one win from 11 National League games for Alty, a run that has seen them drop out of play-off contention and into the bottom half of the table.

Since that day that run has only been extended, as a disappointing 2-0 home defeat to Wrexham was followed up with that draw at Barnet, leaving the Robins eight games without a win in all competitions.

That form has seen manager Phil Parkinson act in the transfer market over the last few weeks, with three new additions to the squad since the turn of the year.

Highly rated full-back Jamie Morgan has been brought in from Chester to replace outgoing left-back Joel Senior, who has moved on to League Two Carlisle United, whilst former County midfielder and title-winner Elliot Osborne has joined from Stevenage.

The signing that has really excited Altrincham fans however has been the return of striker Jordan Hulme. The forward scored 70 goals in 139 appearances during his first spell at the club, helping them win two promotions during his time at Moss Lane, and he has now returned to the club on loan from AFC Fylde until the end of the season.

All three of those new additions started at Barnet on Saturday, and having come so close to picking up that much needed victory at The Hive, Altrincham will be hoping the new boys can help turn their season around with another 22 games still to play.