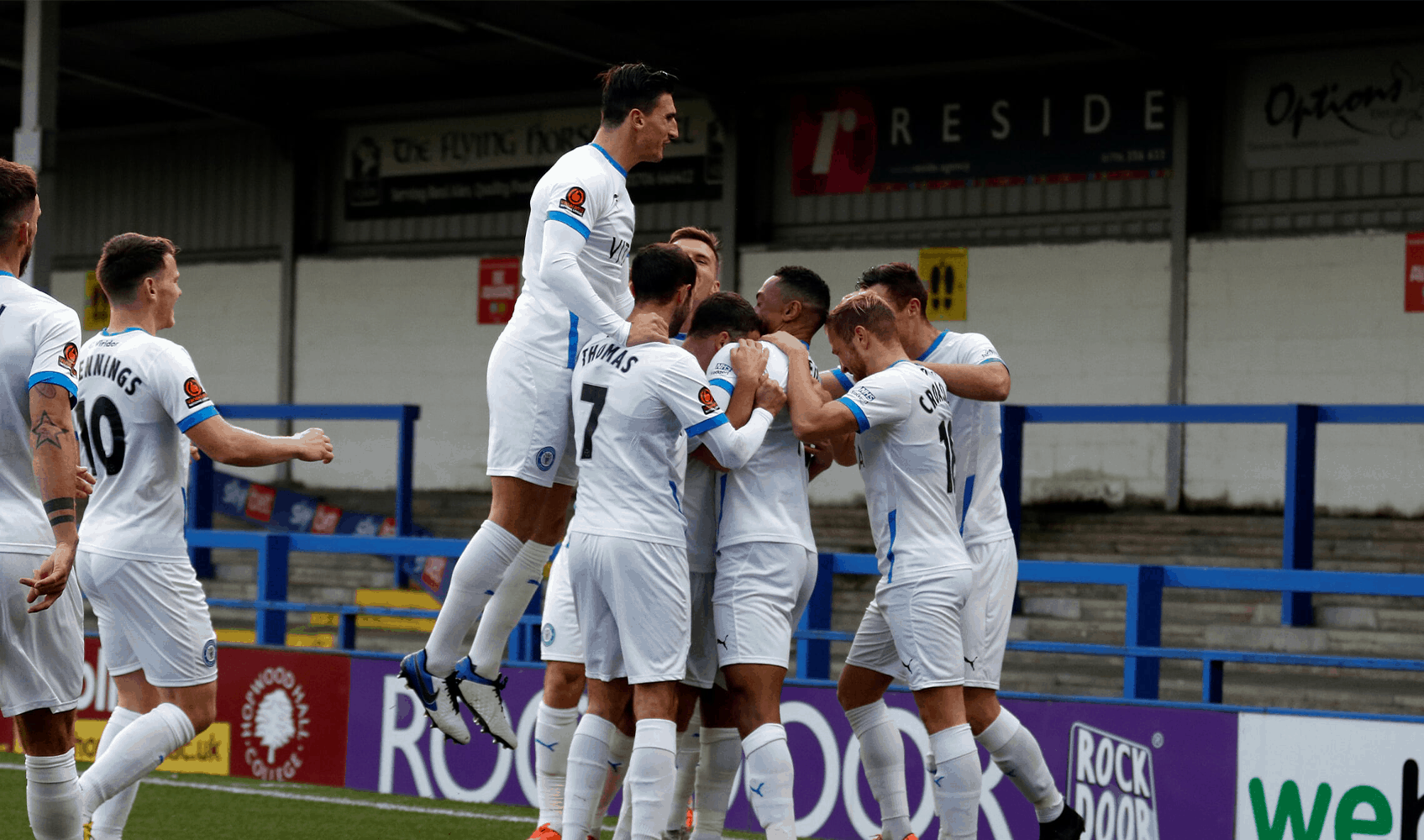 County are back in the Capital once again this Tuesday night, as we travel to struggling Barnet looking for a fifth straight away win that could see us move back into the play-off places.

Victory at high-flying Bromley on Saturday afternoon, our first league game since Halloween, saw us move back into the top half of the table in 11th place, two points off the play-off places with as many as five games in hand on some of the teams above us. We currently sit 12 points behind leaders Torquay, having played three games less.

For Barnet, they earned a point at the weekend with a goalless draw at home to local rivals Wealdstone which kept them in 20th, one place and two points above the relegation zone after a difficult start to the season.

County fans won’t need reminding too much about how the Bees ended last season – the early curtailment of the campaign, followed by the subsequent decision to decide the season on points per game, meant the North London side jumped above us into the final play-off place due to their four games in hand, despite sitting four places and four points below us in the final league table.

Despite knocking out Yeovil Town in the play-off quarter-final at Huish Park, their season finally came to an end in the semi-final at Meadow Lane – Notts County winning 2-0 to progress to the final.

It has been a summer of great change at The Hive stadium since that play-off defeat. Manager Darren Currie has departed the Club after two years in charge, alongside his assistant Junior Lewis, with former Barnet player and ex-Hereford boss Peter Beadle brought in as a replacement.

A number of key players from last season’s side have since followed Currie out of the exit door. In fact, seven of the eleven players that started for Barnet in the 1-1 draw at Edgeley Park just before lockdown are no longer at the Club, including three of their back four, as well as goalscorer that day Simeone Akinola, who has joined Southend United.

The loss of the lethal Paul McCallum up front was a big blow, with the forward now plying his trade at Dagenham & Redbridge, whilst midfield general Dan Sweeney has moved on to Forest Green Rovers – leaving the side without the majority of its spine from last season.

A 5-1 opening day defeat at home to Eastleigh rather set the tone for what has been a season of struggle for Beadle’s men so far. Despite actually going on to win two of their first four games, they are winless in their seven fixtures since, including heavy defeats at Halifax (5-2) and Woking (4-1). At present, only Kings Lynn have a worse defensive record than the 24 goals Barnet have conceded so far this campaign.

Recent clean sheets in draws at home to Hartlepool and Wealdstone will give the Bees hope, however, that their defensive woes are coming to an end.

The recent signing of Inih Effiong on loan from Stevenage may ring alarm bells for some County fans too – the forward scored twice for Dover in a 2-0 win for them at Edgeley Park back in February, and got off the mark on his debut for the Club in their defeat at Halifax last Tuesday.