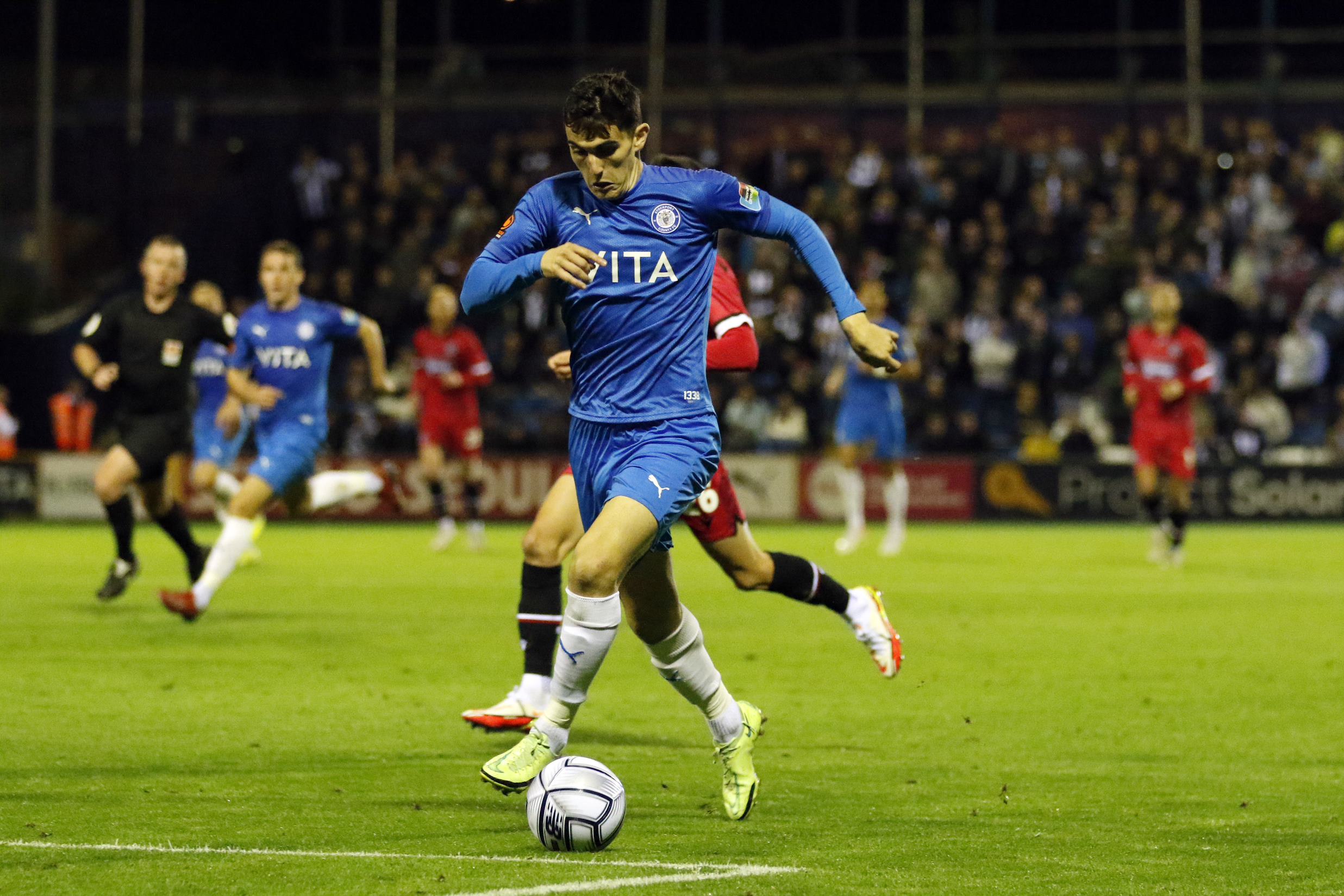 County will be looking to shake off the disappointment of Saturday’s defeat to Yeovil, as we return to action on Tuesday night away at Maidenhead United.

That 3-0 home reversal to the Glovers leave County down in 16th place five games into the season, as we bid to end a three game winless run in the league to climb into the top half of the table at York Road.

Maidenhead meanwhile weren’t in action at the weekend, meaning they haven’t played a league game since the 4th of September, where they lost 4-3 at home to Torquay United in a game that saw them 4-0 down at half-time.

The Magpies currently sit in 12th place in the National League, one point above County having won two and lost two of their opening four games.

Tickets for this game are available to buy online now. Click here to get yours today.

Having only survived relegation to the National League South on points per game (0.002 points in the final standings) in 2019/20, last year proved to be much more successful for Alan Devonshire’s resolute side.

Instead, the Berkshire side spent the first half of the campaign in and around the play-off places after a strong start to the season, sitting in ninth place by the time we last travelled to York Road in February, and only five points behind County in the league table.

The game that day finished goalless, and was the start of a severe dip in form for the Magpies that would ultimately see them fall away from play-off contention, as they went on a run of just two wins from 13 games.

Despite some big victories against the likes of Boreham Wood (4-1) and Wealdstone (6-0), their results continued to tail off at the end of the season, eventually finishing the campaign in a respectable 13th place, 13 points off the play-off places – but still a successful season for a side considered pre-season relegation candidates.

They proved a constant problem against the better sides in the league too with some eye-catching results against the top seven, drawing both games against County and Bromley, scoring four in victories against both Torquay and Hartlepool and claiming all three points away at Chesterfield and Notts County.

Orsi has since left the Club over the Summer though, joining League Two Harrogate Town in a big blow for Alan Devonshire and his team, who also lost midfielder Josh Coley to Exeter City.

Coming in through the door meanwhile has been goalscoring midfielder Kane Ferdinand from Woking, who scored an opening day winner on his debut, whilst up front 21-year-old Emile Aquah has been brought in from Southend to help replace the goals of Orsi, having previously been on loan at the Club during the 19-20 season. He also is already off the mark for his new Club, scoring in that 4-3 home defeat to Torquay earlier in the month.

The can also still look to the services of Sam Barratt to provide the goals up front after retaining his services. The former Southend man is in his second spell at the Club, and scored 15 times for them last season.

He too was on target on the opening day as they got their new season off to the perfect start with an impressive 2-1 victory at Halifax, coming from behind to claim all three points, before backing that up with a win against Dover in their next game.

Since then though the Magpies have struggled, with that home defeat to Torquay preceded by a 3-1 defeat at Weymouth to again leave the side very much middle of the road at this early stage of the season.