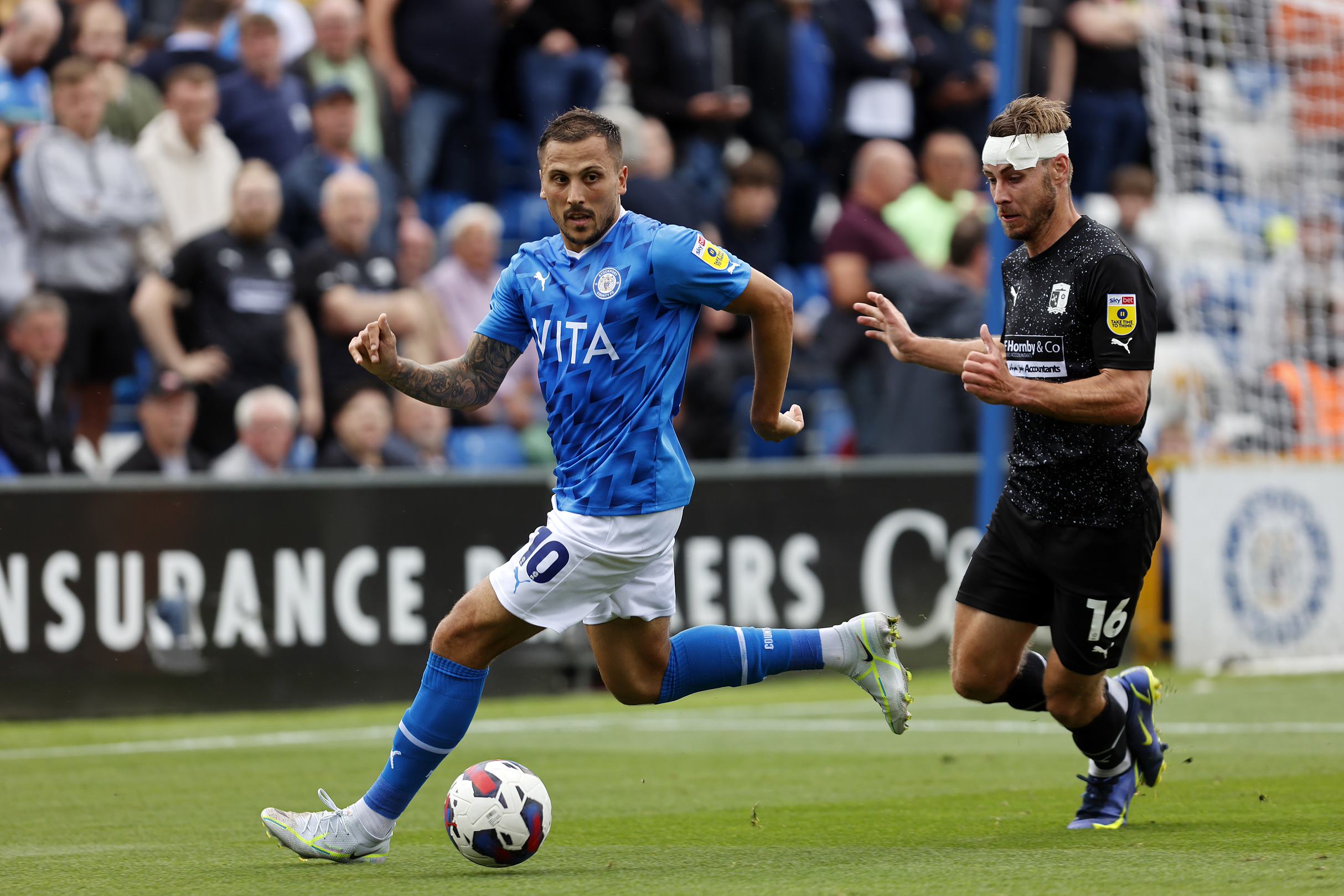 County are on the Football League road this weekend as we travel down to Stevenage, looking to bounce back from opening day defeat and pick up our first win back in League Two.

Last weekend’s defeat at home to Barrow continued something of a disappointing recent trend for County, who have now lost five of the last six opening day fixtures, including each of the last four.

If Dave Challinor is looking for positives going into the weekend though, County have also tended to bounce back strongly from those five defeats in the next game, winning four and drawing one – we haven’t lost our first two games of a league season since 2014.

Stevenage meanwhile got their season off to the perfect start with a surprise 2-1 win away at Tranmere Rovers, thanks to a goal from summer signing Jordan Roberts six minutes from time. Steve Evans’ side will be optimistic of improving on a 21st place finish last time round, and are looking to start the campaign off with back-to-back victories for the first time since 2018.

Last season was one of struggle for Stevenage and their supporters, going through three different managers amidst a season-long battle to avoid relegation back into non-league for the first time since 2010.

They started the season with their former striker Alex Revell in charge, who had just led the side to a 14th place finish in 2020/21, but was dismissed in November with the side just two points above the relegation zone.

His replacement was experienced manager Paul Tisdale, who had previously spent 11 years in charge of Exeter City, taking them from the National League to League One, as well as winning another promotion to the third tier with MK Dons.

That success did not translate to his time at the Lamex however, as Tisdale would go on to win just three of his 19 games in charge before being sacked himself in March, with the side still only three points clear of the drop zone.

Enter the charismatic Steve Evans, the former Crawley and Rotherham manager who has managed almost 600 games in the EFL, managing as high as the Championship, and had left League One Gillingham in January.

Back-to-back defeats was far from the perfect start to his time at the Club, a 1-0 defeat at home to Oldham seeing them drop into the bottom two with seven games remaining, but a fantastic run of three wins and a draw in four games saw them pull clear of the danger zone at just the right time. They all-but secured their place in League Two with three games to spare after beating Tranmere 2-0 at the Lamex, and ultimately finished nine points clear of 23rd place Oldham.

With safety secured, Evans promised a ‘big summer shake-up’ in the transfer market and so far has been true to his word, with 11 new signings already. Roberts, who joined the Club from SPL side Motherwell, has already made his mark, whilst former County man Carl Piegrianni has been brought in at the back and captained the side last weekend. Taye Ashby-Hammond, the brother of former County loanee Luca, has also joined on loan from Fulham.

The Club have also confirmed the permanent signing of Michael Bostwick, the experienced midfielder who was a leading figure in the Stevenage side that clinched back-to-back promotions from the Conference to League One in 2011. Bostwick was on the scoresheet in the first ever league meeting between County and Stevenage, back in August 2010 – Stevenage’s first ever victory as a Football League side.

All four were all involved in that win against a Tranmere side tipped by many to challenge for promotion – an eye-catching result that will provide plenty of optimism of better things to come this year for the Hertfordshire side.

Back from a long-term injury that saw him miss the second-half of last season, former Notts County midfielder Jake Reeves was also on the scoresheet at Tranmere on Saturday. The 29-year-old brings plenty of EFL experience from spells at Brentford, AFC Wimbledon and Bradford, and was on the scoresheet against County a few years ago in a 1-0 win for Notts at Meadow Lane.

Back in the team and amongst the goals, Reeves will be hoping to keep fit make his mark at Stevenage in his second season at the Club.