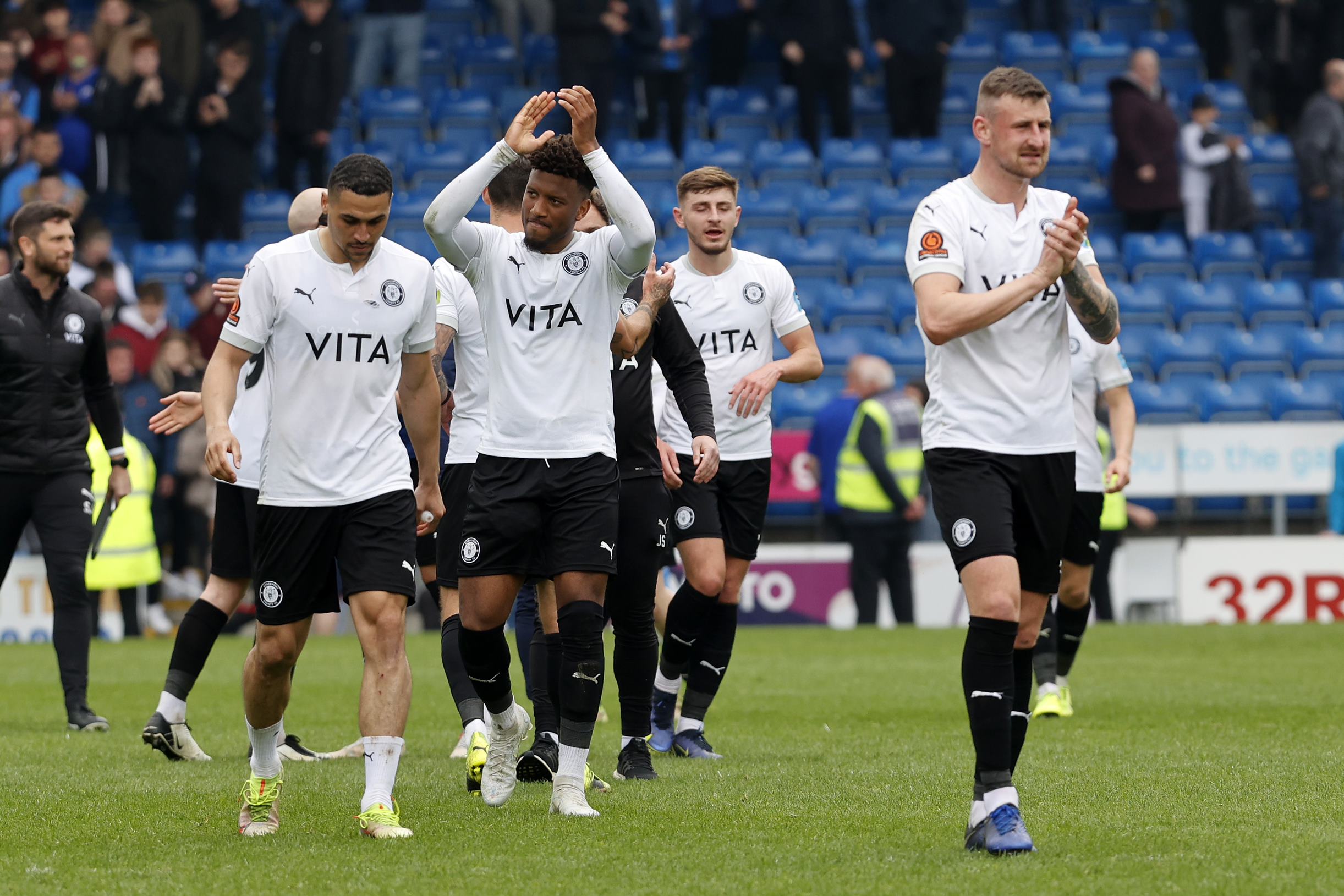 When the County players walk out onto the pitch at a sell-out Racecourse ground on Sunday afternoon, they will have the opportunity in front of them to write themselves into County folklore, and secure not only a league title, but a promotion that has been 11 years in the making.

On Sunday, it will have been 4,026 days since the Club were relegated into non-league for the first time in its rich history, after a 2-0 defeat at Crewe Alexandra in April 2011. It’s been a long road back since that, but County now find themselves on the brink of a return to the Football League.

The maths are simple. A win at the home of our closest challengers would see County crowned champions of the National League with two games to spare, a second league title in three years for the club. A draw would see us require one further point from our last two games against Torquay United and Halifax Town. Lose, and the title race will go down to the final game of the season. It’s tense at the top, but County have never been closer.

Last Monday certainly felt significant, as Dave Challinor’s side bounced back from consecutive defeats to secure a vital 1-0 win at Chesterfield thanks to Paddy Madden’s penalty. It got even better for those 2,600 travelling County fans late on when news of another spot-kick, this time in North London, filtered through to the away end. Tyrone Marsh had scored for ten-man Boreham Wood against Wrexham, to hold the Welsh side to a 1-1 draw at Meadow Park.

The result saw County extend the lead at the top back to three points with a game in hand, but perhaps more crucially it felt like the momentum in the title race had swung back towards Edgeley Park.

Dave Challinor and the team now know exactly what they need to do in the coming weeks to secure promotion, and the manager reiterated in his post-match interview on Monday that his side would be travelling to The Racecourse looking to end the race there and then.

This will be the third meeting this season between the two sides battling it out for the title (with special mention also to FC Halifax Town, who are also still in with a mathematical chance). The league meeting at Edgeley Park came back in September, when Ryan Rydel’s late goal secured what looks like a crucial win under then manager Simon Rusk.

The last meeting came just over a month ago, in the semi-final of the Buildbase FA Trophy. In a tight affair, County were made to rue several missed chances in the first-half as a well taken double from striker Paul Mullin in stoppage time sent Wrexham through to Wembley, where they will face Bromley.

At the time of that game Wrexham were 11 points behind County at the top with a game in hand, and since then Phil Parkinson’s side have continued to maintain the pressure on County in the title race, winning five of their subsequent eight league games to narrow the gap – albeit having now played a game more.

There will be frustration at The Racecourse however that, having waited so long for County to slip up during our record breaking winning run, they have failed to take full advantage in recent weeks when we have dropped points.

The Red Dragons were held to a 1-1 draw with Solihull Moors on the day we lost at Grimsby, lost at Woking shortly after our defeat at Yeovil, and again dropped points at Boreham Wood on Monday, following our defeat to the London side 48 hours earlier.

It means that the title race will remain in County’s hands regardless of the result at the weekend, although Wrexham will know that a win by two or more goals themselves would knock County off top spot for the first time since January – and put real pressure on Dave Challinor’s side going into the last two games.

It’s all set up for a real blockbuster in front of the BT Sport Cameras, with the ultimate prize at stake for County and the 1,200 travelling fans, and League 2 now looming large in the distance.

Whilst Paul Mullin’s goalscoring exploits continue to steal the headlines at The Racecourse, it is the signing of strike partner Ollie Palmer that looks to have made all the difference in recent months.

Acting as the perfect foil for Mullin up front, the big man has been exceptional since joining the Club from League One AFC Wimbledon in January – on the losing side just twice in his 19 appearances for the Club, finding the back of the net 13 times.