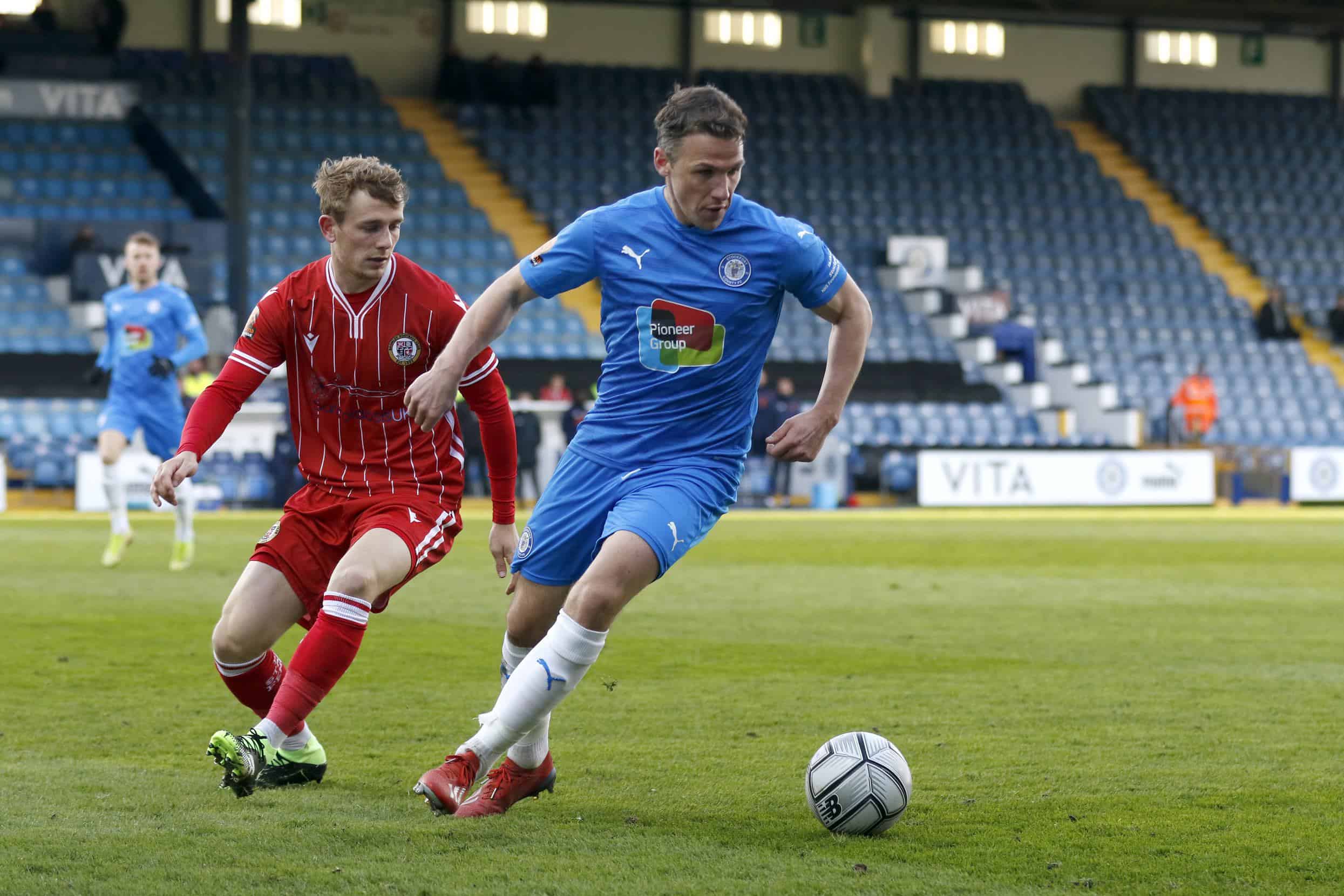 County travel across the Welsh border to Wrexham this weekend for another massive game in the promotion push, as we look to go eight points clear of Wrexham with a win and close the gap on leaders Sutton.

Our frustrating stalemate at home to Bromley on Easter Monday saw us miss the chance to move to within nine points of the top of the table after Sutton’s draw at Solihull Moors, whilst although we remain in fourth place, Notts County now sit behind us on goal difference only.

With Sutton not in action this weekend, Saturday is an opportunity for the Hatters to cut their lead to eight points ahead of the leaders’ game against 3rd place Torquay next Tuesday.

Over in North Wales, a last gasp Sam Sherring goal for Torquay at the Racecourse consigned Wrexham to a second successive 1-0 defeat over the Easter weekend, to leave their own play-off hopes hanging in the balance.

Our last game of 2020 saw Wrexham visit Edgeley Park in the league for the first time since 2012, with early goals from Richie Bennett and Jordan Keane sealing a 2-0 win for County that day.

That result ended our three game winless run in the league, and saw us end the calendar year in fourth place, whilst Wrexham dropped down as far as 12th, albeit just two points shy of the play-offs.

The pressure only increased on Dean Keates’ side after that game, as they won only one of their next five, including defeat to Chesterfield and throwing away a 2-0 lead to draw at home to Dagenham & Redbridge.

Much has changed for the Red Dragons since then though. A high profile takeover by Hollywood stars Ryan Reynolds and Rob McElhenney was finally completed at the start of February, lifting the mood around the Racecourse ground after promises of significant investment in the years to come.

In the immediate term, the first-team was bolstered by the additions of defender Tyler French and forward Dior Angus, from Bradford City and Barrow respectively. Angus was a key part of Barrow’s promotion winning side last season alongside Scott Quigley, and already has four goals to his name since joining the Club.

Those signings, and the general feel-good factor around the club following the takeover, inspired a major turnaround in form on the pitch as the Welsh side embarked on a run of just one defeat from 12 games to catapult themselves into the play-off places, at one point sitting behind County on goal difference alone.

A tough Easter weekend has put the breaks on that momentum somewhat after narrow defeats to Notts County and Torquay have seen them drop out of play-offs again and down to eighth, behind FC Halifax on goal difference.

Keates’ men are coming into this game amidst something of an injury crisis too, with top scorer Kwame Thomas out for the rest of the season, joining fellow forwards Jordan Ponticelli and Anthony Jeffrey on the injury list – leaving Dior Angus as their only fit recognised forward.

Goalkeeper Rob Lainton is also a doubt for this game, as is first-choice defender Theo Vassell. Keates has gone on record earlier this week stating his intention to try and bring in another striker before Saturday’s game, which could prove crucial to their play-off hopes.