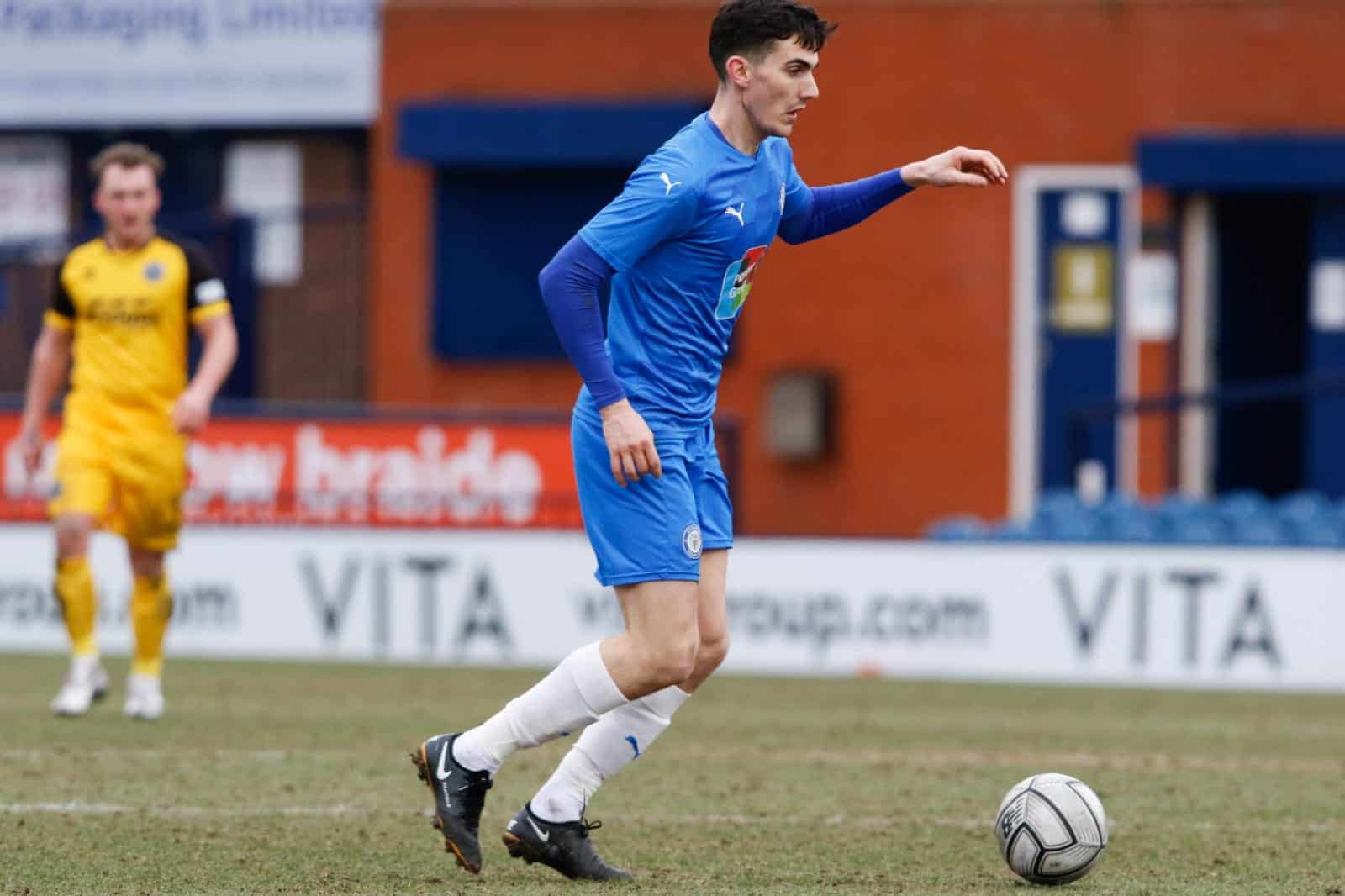 In a game that County did enough to have won, John Rooney saw his penalty saved five minutes from time and the Hatters had to settle for a single point instead of three.

On an afternoon when temperatures in SK3 struggled to get above zero, County took to the field showing three changes from the line-up that had started at EP against Yeovil a week earlier. Newly-arrived loanee from Harrogate, Tom Walker, embarking upon his third spell as a Hatter, went straight into the side, and James Jennings and Lois Maynard were recalled – replacing Ryan Croasdale and Connor Jennings (both of whom had picked up knocks during the week), as well as Jamie Stott. The latter player dropped to a bench that also included recent arrival Will Collar.

With only four minutes on the clock, Walker had an opportunity to make an early mark on the game after Macauley Southam-Hales had been brought down to the right of the visitors’ box by Joel Nouble – but the loanee’s free-kick was repelled by the Aldershot wall.

County proceeded to enjoy a spell of some pressure, without being especially incisive in the final third – although a low cross by Alex Reid from the left caused the ‘Shots’ an anxious moment, as the delivery deflected off the boot of Alex Finney and into the arms of grateful goalkeeper Mitch Walker.

As the half-hour approached, Nouble steadied himself just inside the area to create the visitors’ first chance of note – only to fire high into the Cheadle End. And, minutes later, Maynard did similarly when presented with sight of the Aldershot goal from distance.

Five minutes before half-time, Richie Bennett went closest to breaking the deadlock when his short-range shot was first saved by Walker and then cleared off the line by Dinesh Gillela.

Mitch Walker was again on hand to keep County at bay shortly after the resumption, as he smothered Rooney’s shot from the right in front of the near post. And Bennett skewed a shot past the same upright, after being played in by Reid.

Maynard glanced behind a header from Rooney’s corner, and Reid’s low shot squirmed narrowly wide – again, in both cases, beyond the right post – as the Hatters continued to have the greater share of possession and practically all the scoring opportunities on offer.

A thunderbolt from Jordan Williams stung the hands of Walker, who did well to parry the ball around the left post. And Collar, shortly following his introduction, delivered a telling cross from the left that Rooney headed for the visiting ‘keeper to gather up.

A Rooney corner from the left in the 84th minute led to a handball by Gillela and County’s penalty – but Walker, diving to his left, guessed correctly to keep out the spot-kick by County’s Number Eight.

Man of the Match: Walker.