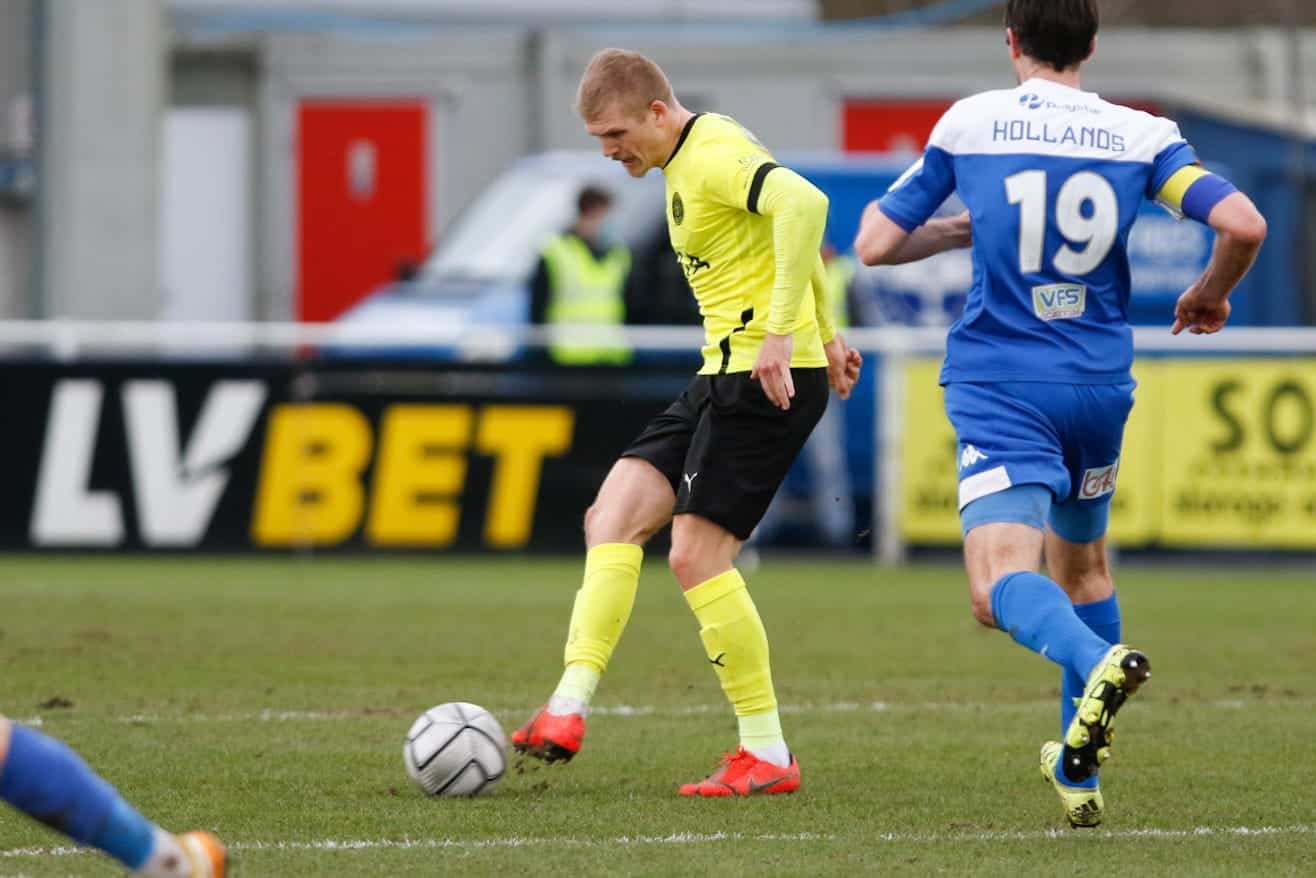 The Hatters fell to a slender 1-0 defeat at Eastleigh in the National League, as a second-half penalty was enough to secure all three points for the hosts against the ten men of County.

Boss Simon Rusk handed a first league start to former Tranmere Rovers midfielder Harvey Gilmour, who started alongside John Rooney and Will Collar in a 4-3-3 line-up for the visitors.

Jordan Keane missed out through suspension, while Ryan Croasdale, Connor Jennings, Tom Walker and Mark Kitching all missed out through varying injuries, as County named a starting eleven showing three changes to the side which started in the 0-0 stalemate at Maidenhead on Tuesday evening.

As well as the debuting Gilmour, Sam Minihan and Richie Bennett returned to the side in place of Keane and Lois Maynard – the latter of whom took a spot on the bench at the Silverlake Stadium.

As at Maidenhead, The Hatters looked to settle into the game early on and looked composed in possession without either side troubling the opposition’s goal in the opening stages.

A flowing County move ended with John Rooney heading straight at home stopper Joe McDonnell, before Ash Palmer produced an even better save from the Spitfires number one as the first half rolled on.

Ben House spurned a glorious opportunity to give the hosts the lead after Jamie Stott slipped in possession on halfway and saw the home side race through on goal, but with two men alongside him, the Eastleigh forward clipped well wide of Ben Hinchliffe’s goal.

Macauley Southam-Hales saw a strong penalty appeal for handball waved away as his strike appeared to cannon off the arm of a home defender, before The Hatters were reduced to ten men minutes later when Gilmour was adjudged to have gone in late on Jack Payne.

With the visitors looking bemused, County’s frustration was compounded when Will Collar seemed to be tripped inside the visitors’ area only to see the officials wave away more appeals for a spot-kick.

On the stroke of the half hour mark, things got even worse for a frustrated County side as Harvey Gilmour was dismissed for a challenge on Jack Payne.

Another penalty appeal was waved away shortly after as Will Collar got to a loose ball and went down under a challenge from Andrew Boyce – but despite the ten men of The Hatters making it into the break all square, the hosts soon struck after the restart.

Ash Palmer was adjudged to have handled an Eastleigh corner into the box, and after the referee’s assistant flagged, the referee did point to the spot on this occasion – with Joe Tomlinson converting the resulting penalty for the home side.

Despite the numerical disadvantage, the tie remained rather even for the remainder of the afternoon, with neither side creating many further chances on goal – although The Hatters continued to toil away in search of a leveller.

That leveller almost came with the last kick of the game, when – similarly to Tuesday evening – John Rooney struck the crossbar from outside the area, with Alex Reid unable to convert the rebound.

With that agonising near miss, County’s fate was sealed on the day as The Hatters fell to a frustrating defeat on the road.