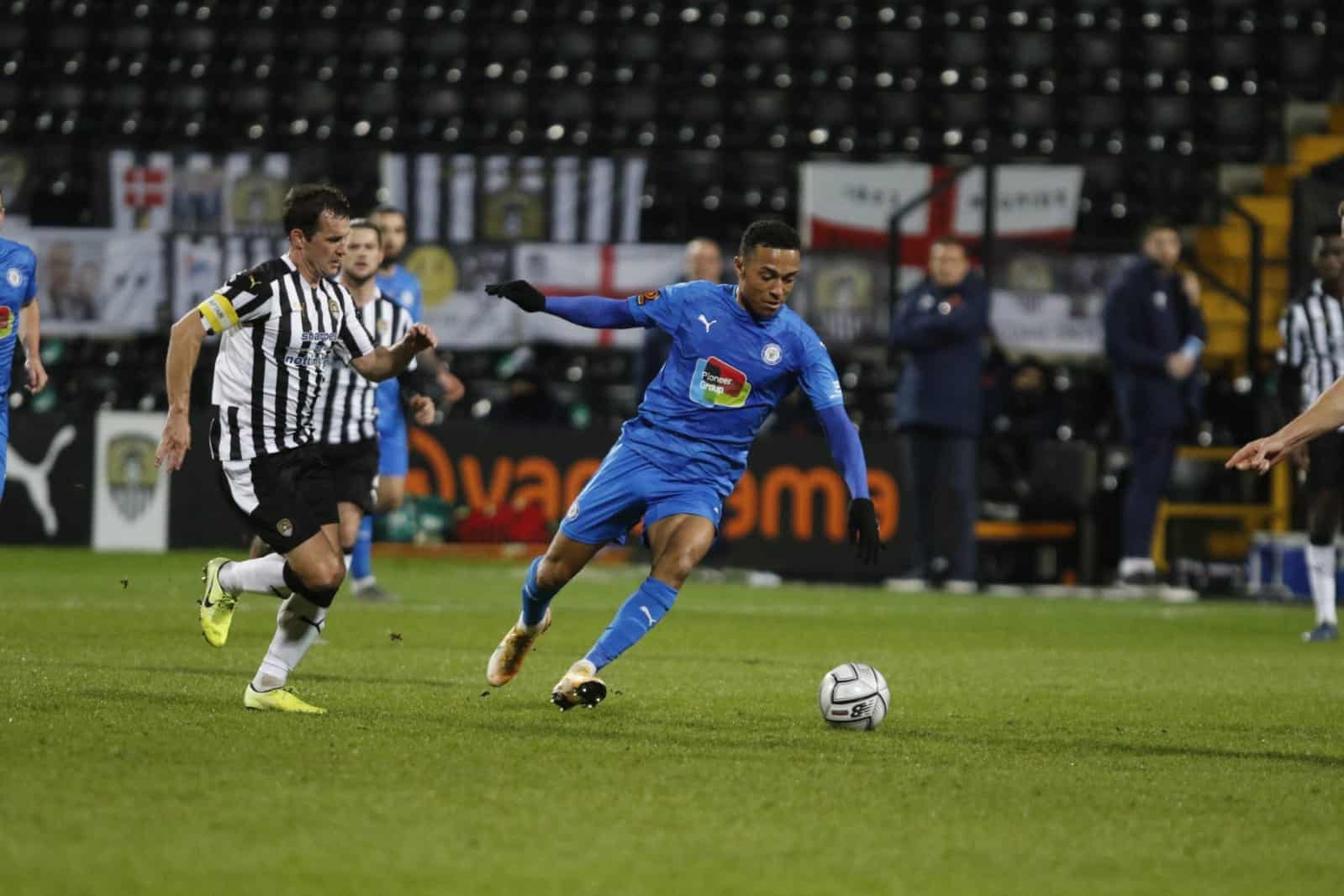 County fell to a disappointing 1-0 defeat at Notts County in front of the BT Sport cameras, with midfielder Jake Reeves’ first-half strike enough to separate the two sides in a cagey affair at Meadow Lane.

After last week’s impressive double-header in London with wins over Bromley and Barnet on the road, boss Jim Gannon opted for two changes to the side which started at The Hive; with Ash Palmer returning from injury to slot in at the back, whilst Mark Kitching started after an impressive cameo in the 1-2 win over The Bees.

James Jennings and brother Connor both dropped out of the starting eleven with fixtures coming thick and fast over the festive period, although the latter did take a place on the substitutes’ bench.

Alex Reid, very much the man in form for The Hatters with five goals in his last five outings prior to the trip to Meadow Lane, went close to extending that run inside the opening minute, when he latched onto a long ball and half-volleyed just wide of the far post via a deflection.

By way of response, Jake Reeves and Kyle Wootton both went close for the hosts with efforts from outside the area which Ben Hinchliffe covered at both turns, as the home side looked to settle into the early ascendency.

The game ebbed and flowed throughout the opening exchanges, with John Rooney picking up Richie Bennett’s knockdown inside the area and looking to slot home low to Sam Slocombe’s right, with an effort which the Notts stopper was equal to with a strong right hand.

After half an hour which continued to go end-to-end, the opening goal came by way of a defensive mix-up when Jordan Williams tracked back but was dispossessed inside his own area by Richard Brindley, who was left with the simplest of tasks to roll the ball across goal for Reeves to slot past Hinchliffe.

It was a lead which Notts deservedly maintained as they looked the stronger of the two sides for the remainder of the half up until the break, after which County opted for a double change – with Jordan Keane and Mark Kitching replaced by Adam Thomas and Connor Jennings for the resumption of proceedings.

The Hatters struggled to test their hosts for much of the second half, with Reid blazing well wide of goal whilst off-balance, before Bennett flicked a deflected effort into the arms of Slocombe as time ran out for a leveller against a well-drilled Notts County side.

Jordan Williams struck the outside of the near post from an inswinging corner late on as County sought a late equaliser, but time ticked away without any chances of note for The Hatters on a disappointing night in Nottingham.