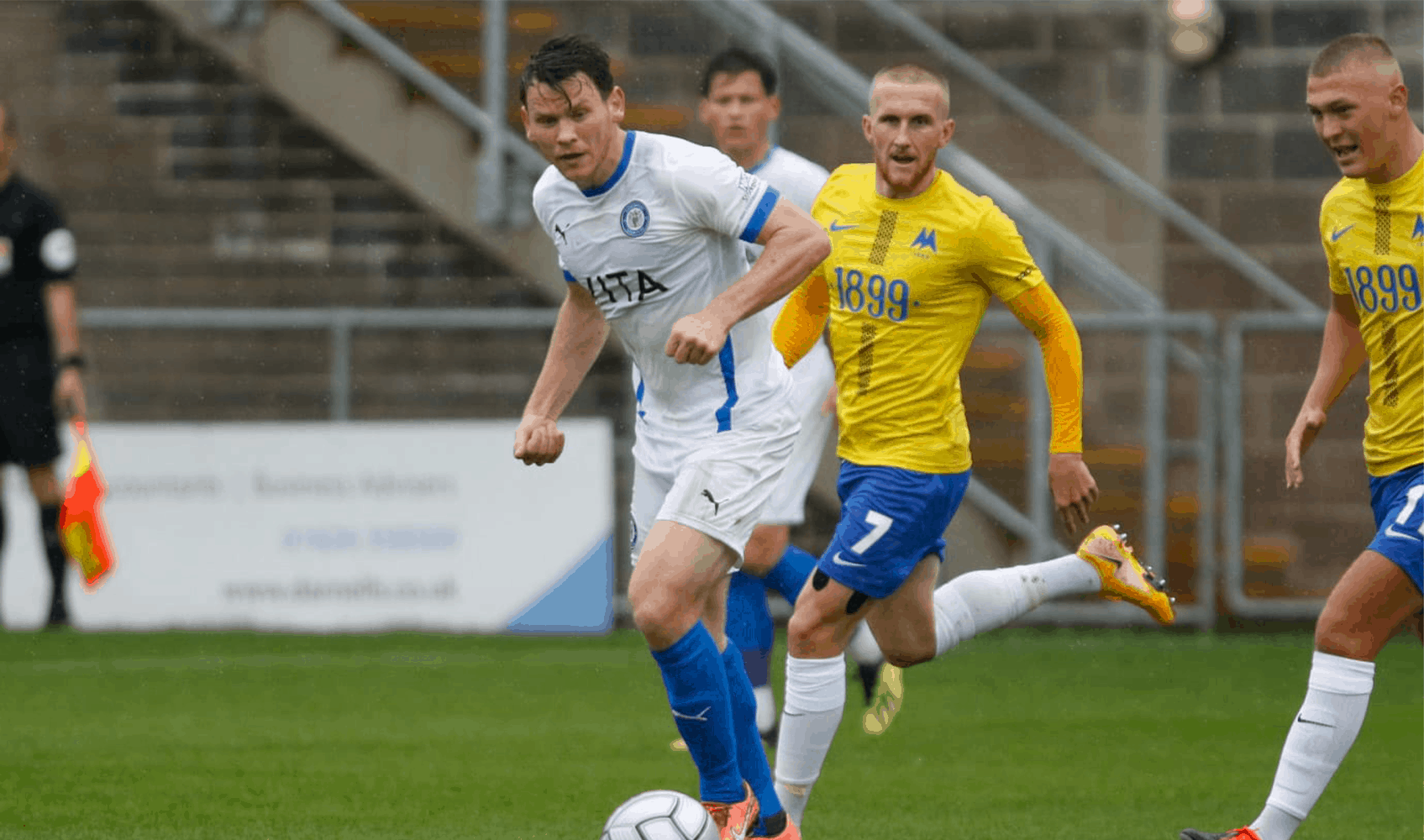 Despite large spells of dominance for Jim Gannon’s new-look side, the hosts took all three points deep into stoppage time at Plainmoor.

Gannon opted for one change to the side which ended pre-season with a 2-1 win at Kidderminster last weekend, with Alex Reid replacing Adam Thomas to start alongside Richie Bennett for The Hatters.

It was the hosts who started the brightest inside the opening ten minutes, with Ben Whitfield – who grabbed a Gulls consolation in The Hatters’ 5-1 win at Plainmoor last season – testing Ben Hinchliffe in the County goal; with a swirling effort tipped over.

But from there, the visitors took control of the remainder of the half, enjoying the lion’s share of possession and seeing two glorious chances spurned.

After a quarter of an hour, John Rooney registered County’s first attempt on target with a free-kick from distance comfortably held by Lucas Covolan in the Gulls goal, before Alex Reid failed to really make contact with a fizzing Richie Bennett cross.

Controversy struck on the half-hour mark, as Jim Gannon’s side reacted angrily to a stray arm by Gulls forward Josh Umerah on Lois Maynard which went unpunished – although Umerah was later booked for a late challenge on County skipper Liam Hogan.

An even bigger chance came and went for the away side moments later, as Connor Jennings skipped to the by-line and pulled back for Bennett to see his close-range effort somehow blocked on the goal-line by home skipper Kyle Cameron.

Despite County’s promising first half of the new campaign, the sides went in goalless at the break.

Jordan Keane replaced Alex Reid and slotted into midfield for the resumption of proceedings, with The Hatters seeking to capitalise on their first-half dominance as John Rooney pushed further up-field alongside Connor Jennings.

Some tidy footwork by Connor Jennings earned County’s first corner of the half five minutes into the restart, with Connor’s older brother James fizzing a piledriver just over the crossbar from John Rooney’s resulting delivery.

A rather bad-tempered affair continued to bubble away with a couple of late challenges by Torquay’s Aaron Nemane further angering the visitors, who continued to press for the opening goal with two close-range efforts by Bennett saved on the hour mark.

A pinpoint first-time cross by the lively Rooney found its way to Connor Jennings on the back post minutes later, with the forward’s sweetly struck volley again tipped behind by the busy Covolan.

Another big chance came and went as Mark Kitching’s cross-shot was palmed back into danger, with Cameron hacking away from the lurking Rooney.

Yet another chance passed The Hatters by with a quarter of an hour left, with Rooney so unfortunate as his low angled strike fizzed inches wide of the far post.

Nyal Bell entered the fray in place of the hard-working Bennett, while Adam Thomas replaced Connor Jennings late on as County boss Gannon sought the combination to unlock the Torquay defence – but it was the hosts who stole it at the death.

Debutant Louis Britton saw his effort thunder off the crossbar for Gary Johnson’s men, just minutes after the same player had seen his weak close-range header held by Hinchliffe when it seemed easier to score, before Britton yet again saw an audacious effort from a tight angle tipped over.

And, with just one minute of added time remaining, Connor Lemonheigh-Evans bundled home at the back post from a deep cross in to steal what looked like an unlikely win for the hosts for large parts.

Even then, with seconds left on the clock, substitute Bell saw his toe-poked effort hacked off the goalline as County looked in vain to salvage a point.

After a frustrating start to the new season, focus now switches towards the visit of Halifax Town to Edgeley Park on Tuesday evening.