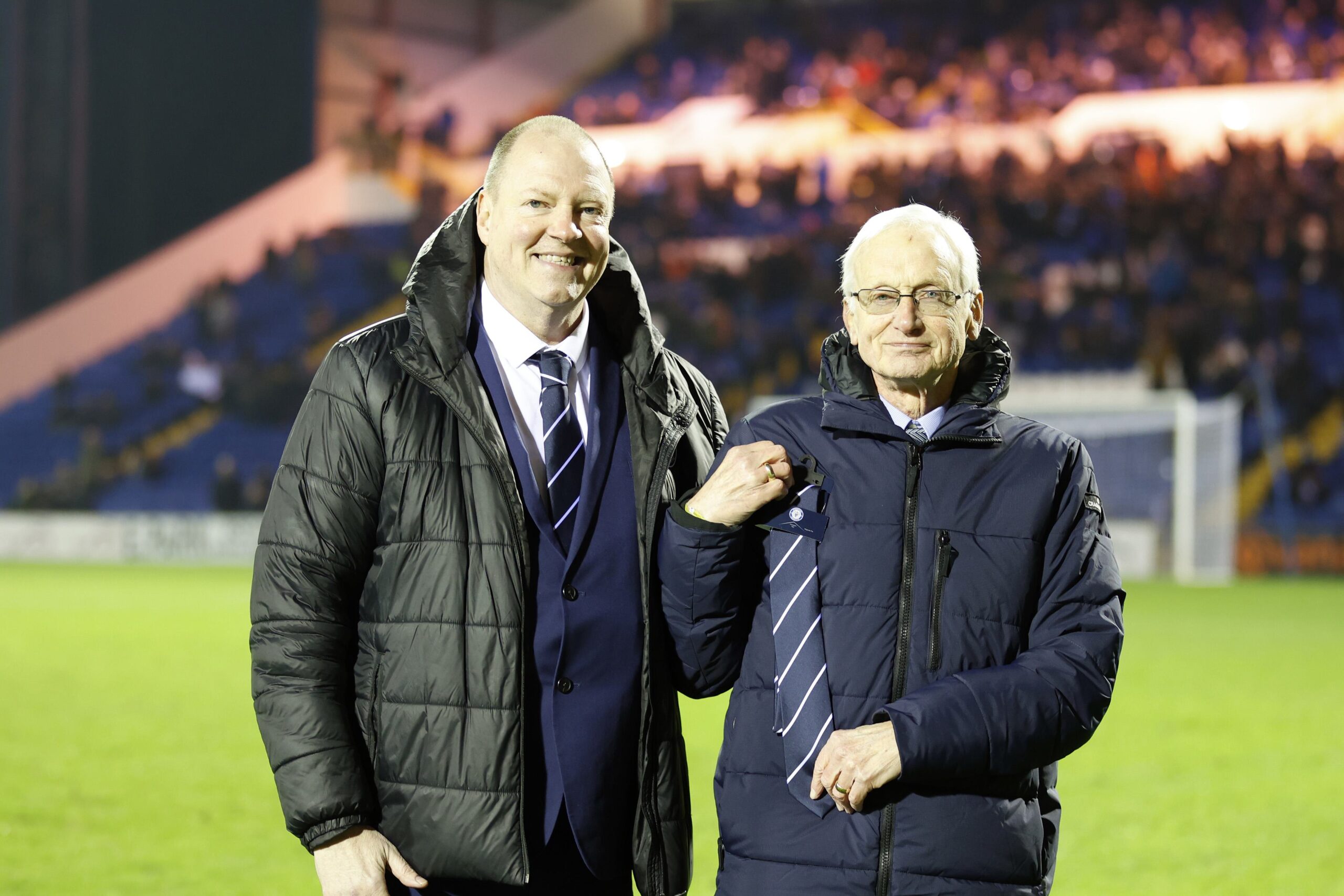 At half-time during Tuesday’s game against Eastleigh at Edgeley Park, we were delighted to reveal the appointment of former player Hugh Ryden as our newest Club Ambassador.

Hugh joined County from Bristol Rovers in the summer of 1963, making his debut in the opening fixture of the following season at Chesterfield. Two days later he made his Edgeley Park debut, scoring two goals in a 4-1 victory over Lincoln. He was to finish the season as joint top-scorer.

He left Edgeley Park to join Chester but was to return in 1969 to try and help County avoid relegation from the Third Division. In his second spell at Edgeley Park, he was a member of the famousLeague Cup team of 1972-73, scoring a memorable goal at Selhurst Park as County defeated Crystal Palace 1-0. This was the first time in County’s history that they had defeated a top division side away from home in a competitive game.

After his playing career finished, Hugh was to serve the club as the youth team coach. In total Hugh made 175 appearances for The Hatters, scoring 25 goals.