Pioneer raise the roof at County! 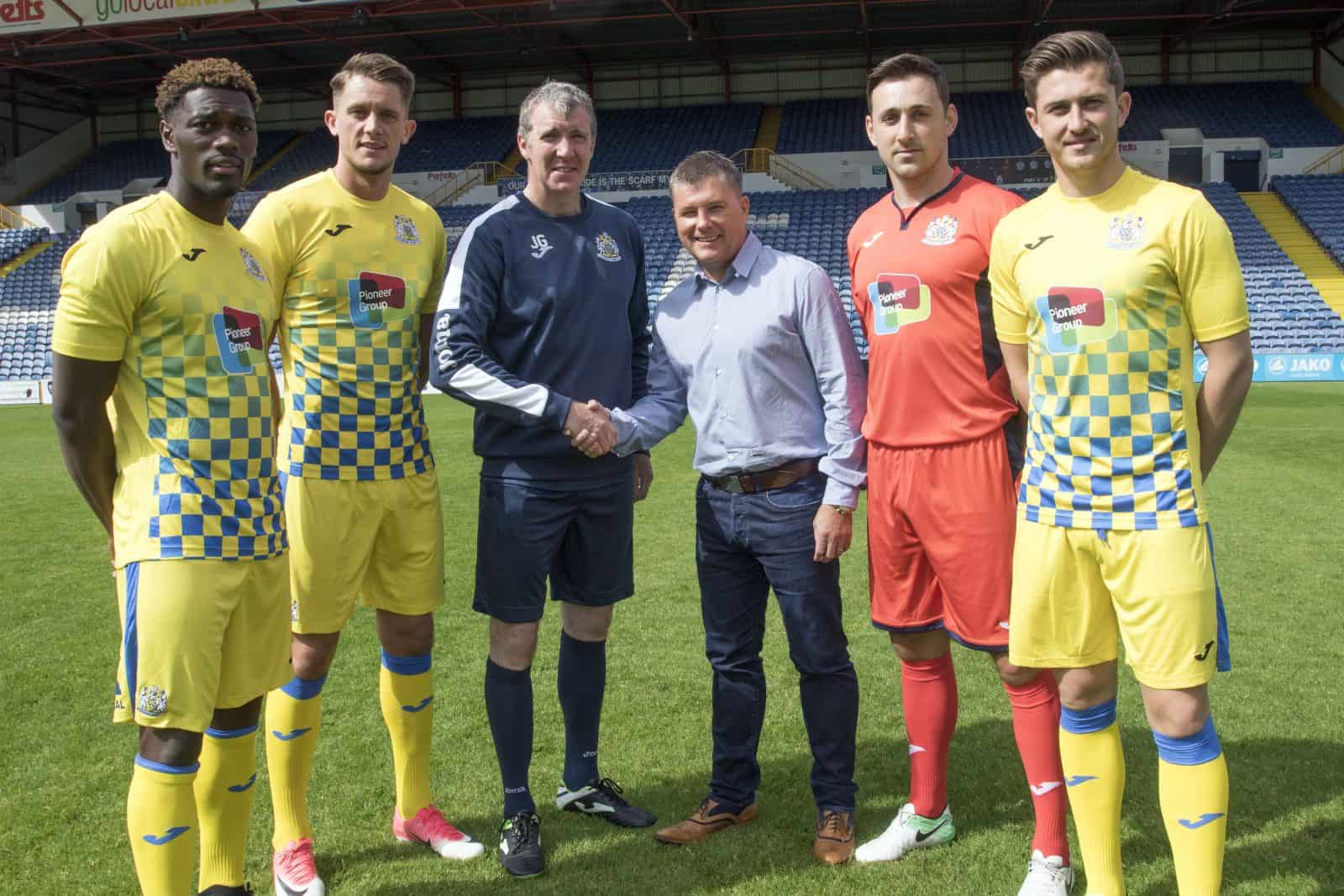 Stockport County is proud to announce a major three-year sponsorship deal with Pioneer Group to include the Cheadle End roof, naming rights and the club’s brand new away shirt.

Pioneer, a national company with their head office in Stockport, have signed a deal to sponsor the club until 2020. 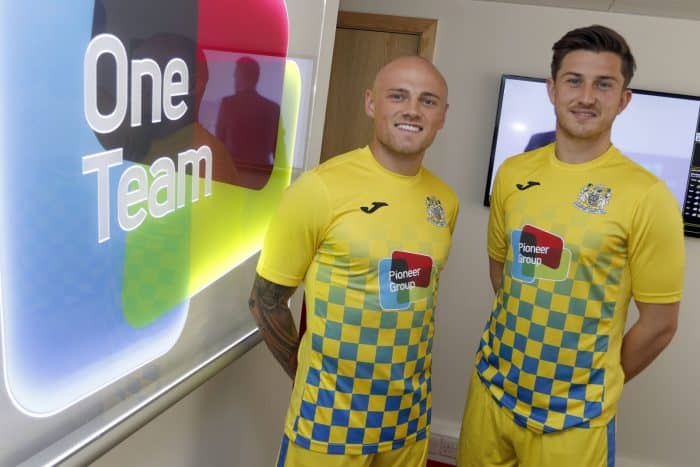 The company’s logo will go on the away shirt for the next three seasons, across the front of the Cheadle End and on the roof of the Cheadle End, making it visible to aircraft using Manchester International Airport.

The Cheadle End will be formally renamed the Pioneer Group Cheadle End, and the company will also be County’s Official Technology Partner for the next three seasons. 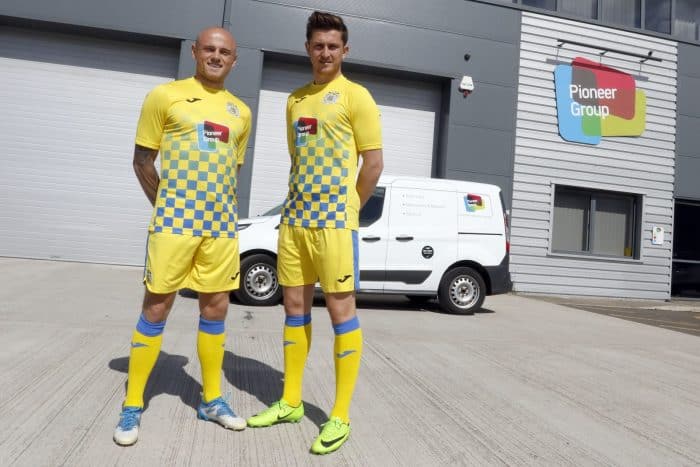 There are clauses for an increase in the value of the deal when County gain promotion to the National League and then back into the Football League.

County Commercial Manager Simon Dawson said: “This is one of the biggest deals we have been able to agree at this football club since dropping out of the Football League.  The commitment from Pioneer is a tremendous vote of confidence in our club and I’m delighted we are entering into a long-term relationship with such a dynamic company, based right here in Stockport.” 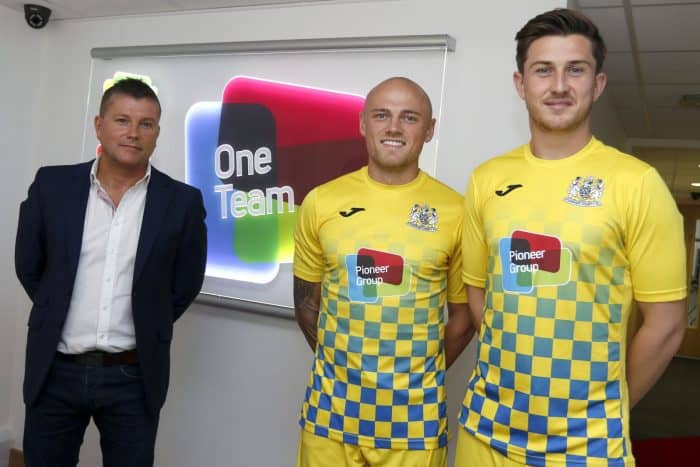 Pioneer Group Director Chris Appleyard said: “We know there is something special happening at this football club and we want to be part of that.  The next three years at Edgeley Park look really exciting so it makes sense to tie into a long-term deal.

“Pioneer Group has unique expertise in IT, AV and Electrical projects, delivering large scale projects from Wifi networks to digital signage roll-outs and networking solutions for corporate and home environments. This is a great opportunity to get our name out to an even larger audience.”

Chris added: “We’re so proud to have our name associated with the Cheadle End – it’s the heartbeat of this football club and it will always be known as the Cheadle End. We could’ve tried for the Pioneer Group Stand, but in light of the club’s history and heritage I was anxious to respect the fans and make sure the naming deal was appropriate.”

County Chairman Richard Park said: “For Pioneer to put their logo on the roof of the Pioneer Group Cheadle End is a really visible statement of intent. This is one of the biggest deals during my time on the Board of the football club and it once again demonstrates the confidence that people have in us to deliver on our five-year objectives.”

Digital innovators Pioneer work in a number of sectors from providing fast-food kiosks to stadium-wide infrastructure for connected arenas.  They also work alongside house builders to offer home entertainment solutions which are second to none.

Visit http://pioneergroup.co.uk/ to find out more about our new partner.

The striking new kit will be available from the club shop from noon on Tuesday, in advance of our first league home game against Curzon Ashton.