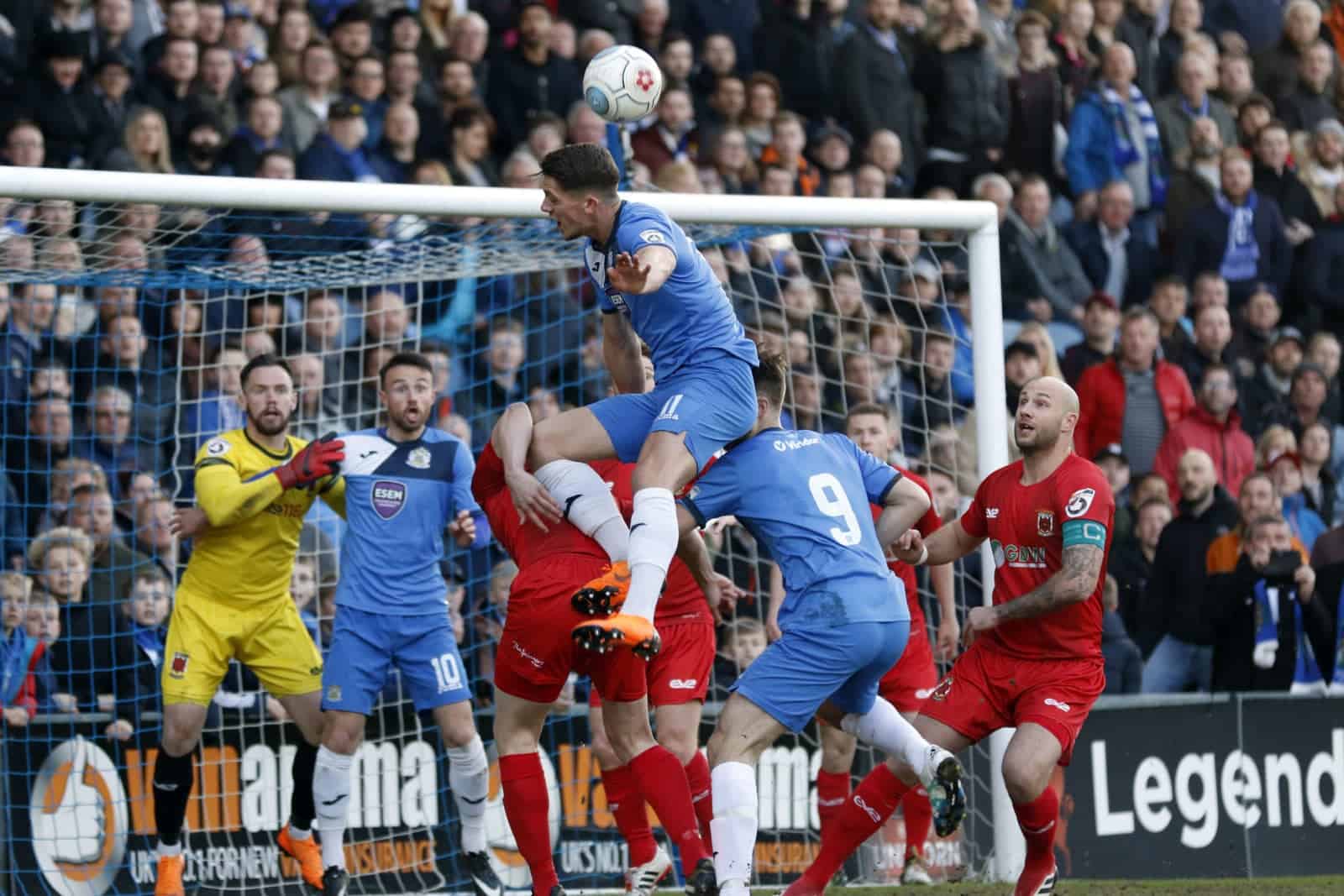 One For Sorrow, As Single Goal By Magpies Tips Hatters Out

The old tradition of superstitiously tipping one’s hat to a certain black and white bird might have largely died out –  but in the cold light of day following County’s elimination from the play-offs, there will, in truth, be collective, if reluctant, doffing by Hatters in acknowledgement of Chorley’s ‘Magpies’ who, on balance, deserved to edge a tight Quarter-final at Edgeley Park. 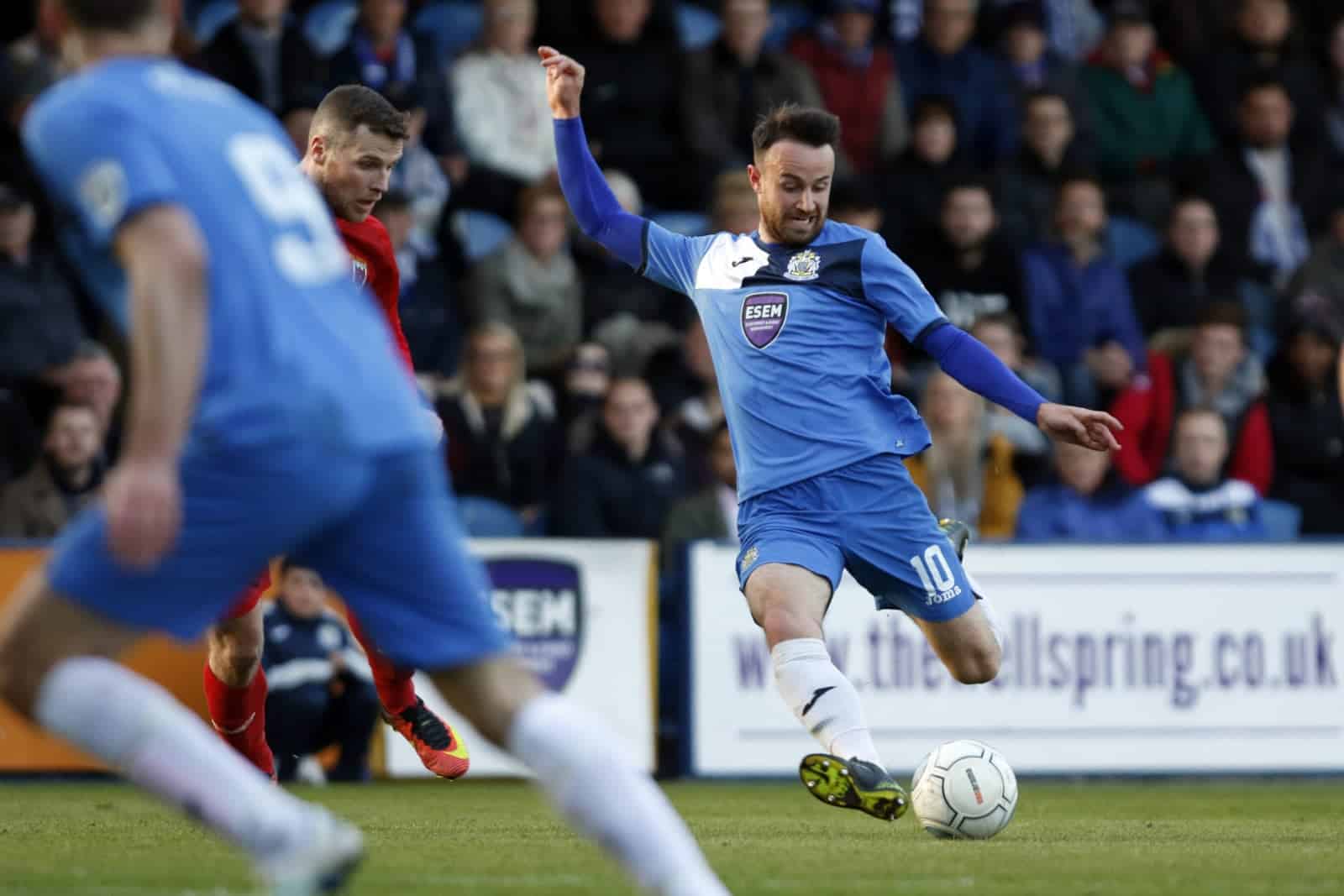 A headed goal by Jason Walker midway through the second half proved the difference in a contest of relatively few chances, played out before EP’s second successive 6,000-plus crowd.

The Hatters took to the field in the evening Edgeley sunshine, showing six changes from the line-up that had started their final regular National League North fixture in SK3 against Darlington four days earlier. After being completely or partially rested on that occasion, Ben Hinchliffe, Chris Smalley, Adam Thomas, Paul Turnbull, Jimmy Ball and Jason Oswell all returned as part of a 3-1-4-2 formation – with one of the replaced players, Scott Duxbury, having to watch from the sidelines on his birthday due to an injury sustained in the Darlington game.

County looked the brighter team at the outset, earning five corners in little more than the first 10 minutes – albeit without threatening the visitors’ goal. Sam Minihan’s crosses gave Chorley cause to use their heads, as one from the left deflected off Scott Leather’s and into the arms of goalkeeper Matt Urwin, before another on the right was nodded behind by captain Andy Teague.

Matty Warburton’s low shot wide of the right post after 14 minutes signalled the end of a relatively lively opening, as proceedings became rather more cagey. And while the Magpies began to make forays forward – with Alex Newby seeing an effort smothered by Hinchliffe, and Jake Cottrell firing over – they, like County, were yet to find a cutting edge in the final third. 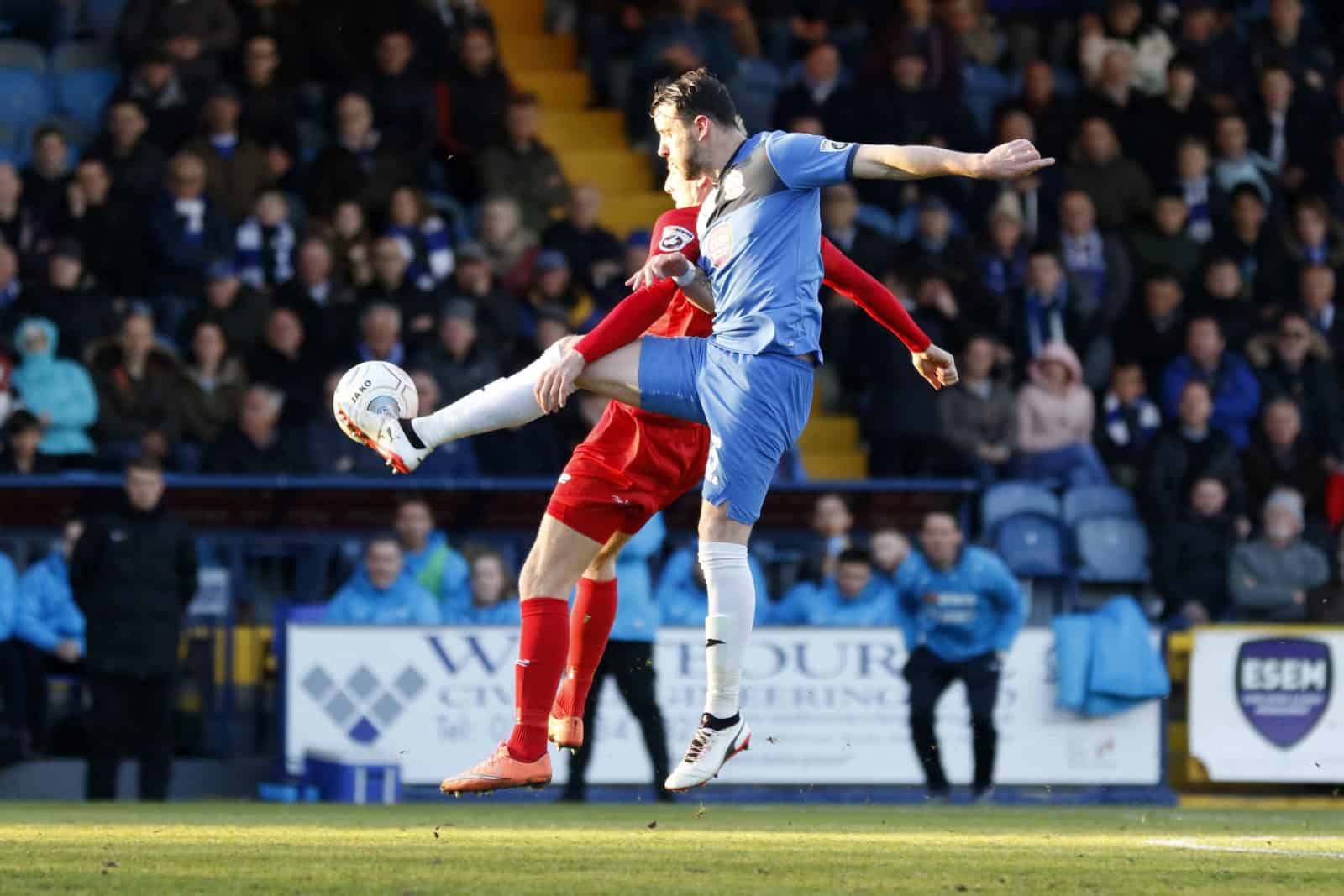 In fact, the first occasion on which a ‘keeper was tested came courtesy of his own player – as Urwin, six minutes before half-time, tipped over a goal-bound Teague header from Warburton’s cross on the right.

Up the other end, Chorley went close to taking the lead in equally unconventional fashion, after Hinchliffe dropped the ball – which then ricocheted off the advancing Marcus Carver, but, thankfully, beyond the left upright. And Turnbull’s head prevented a certain goal by deflecting behind a Lee Molyneux shot that was heading for the top-right corner. 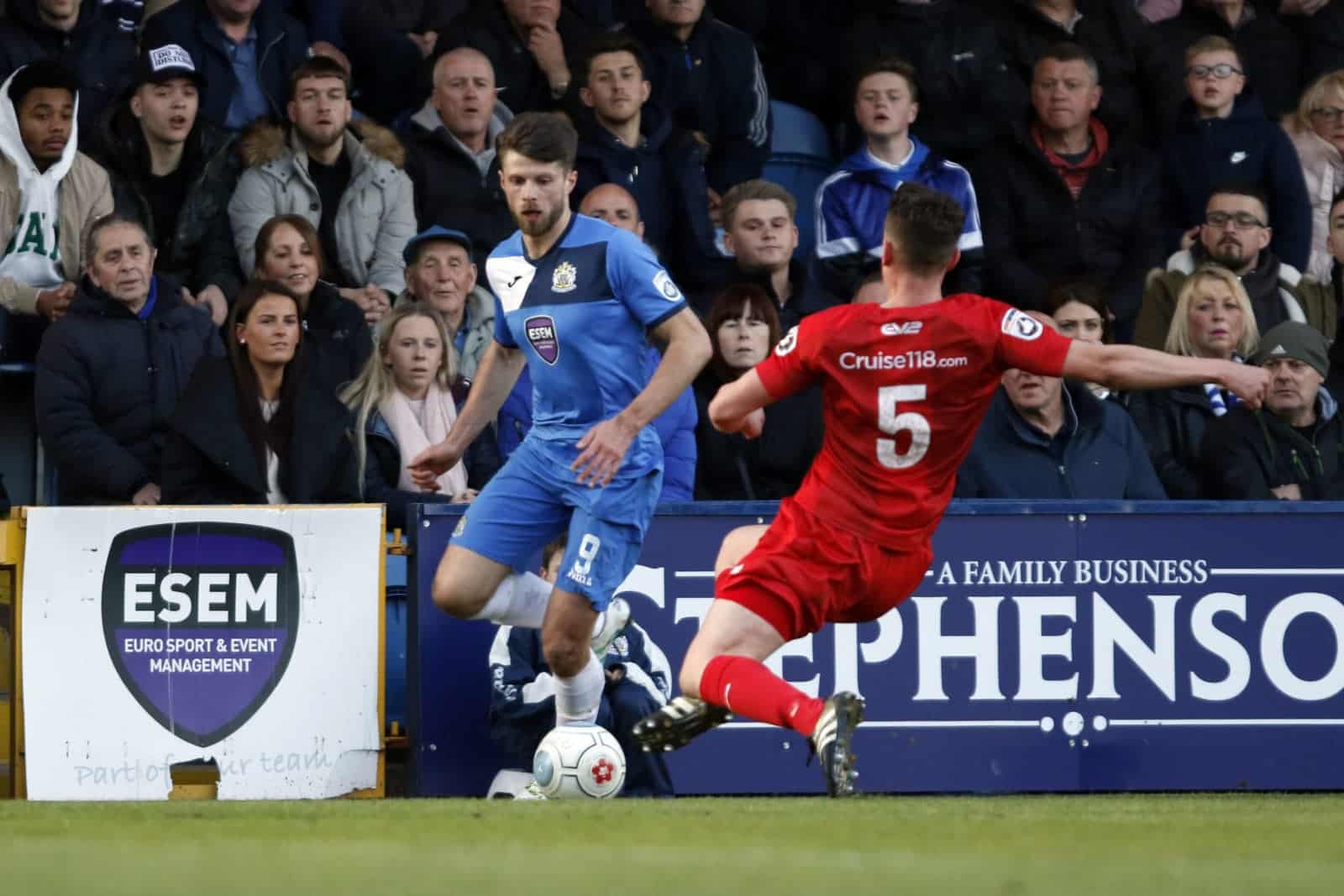 The Hatters began the second half as they had started the first – by winning corners. But following two of those within four minutes of the re-start, play went into a lull as the hour approached. 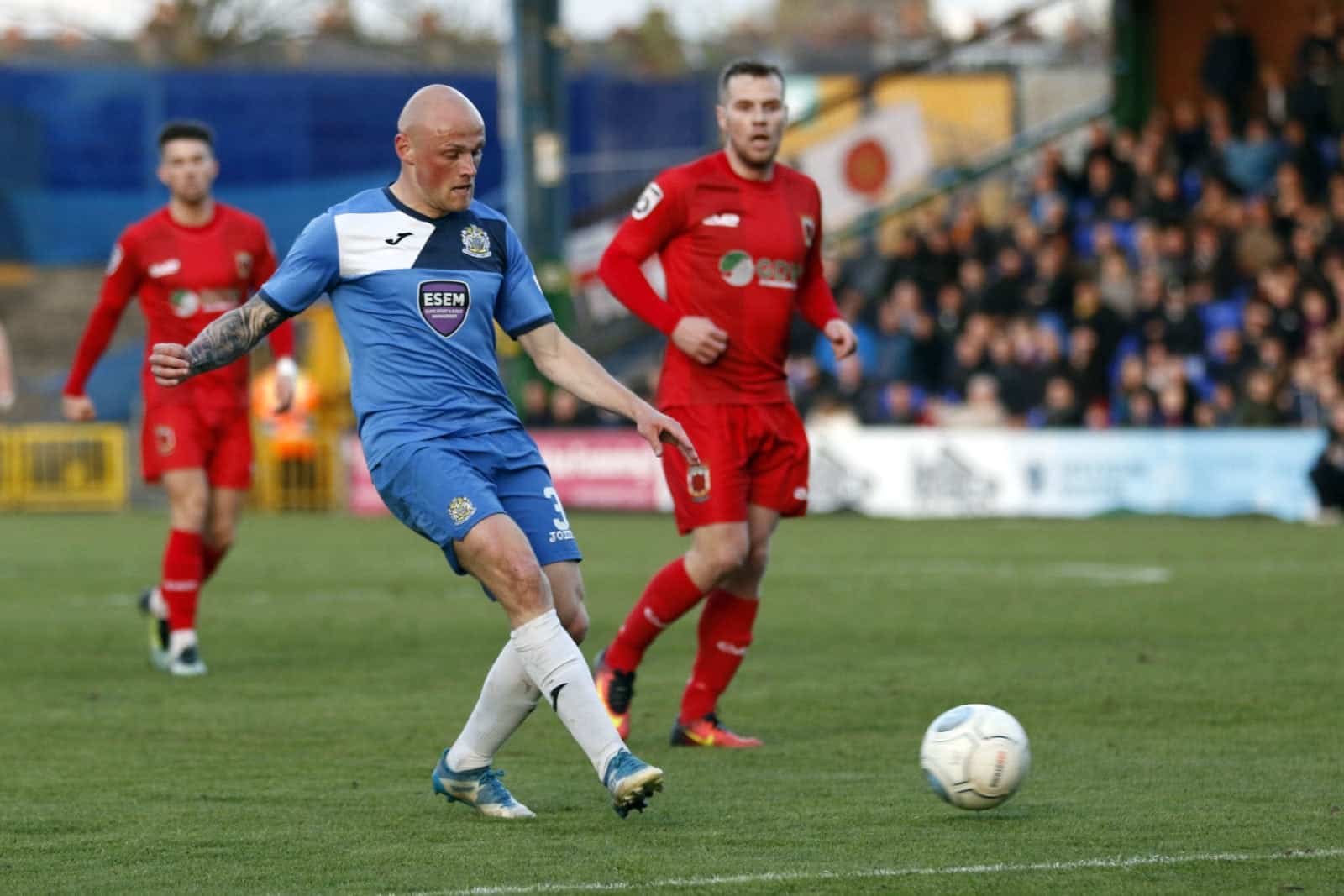 The Magpies were containing County – and, save for a move that saw Thomas fire into the side-netting from the left, restricting any attacking initiative. Worse was then to follow when, after 66 minutes, they went ahead, after Carver’s cross from the right by-line was flicked on for Walker, beyond the far post, to nod in at close range.

On both occasions when they met during the season-proper, Chorley had gone ahead – only for the Hatters to equalise. But it was to be a case of third time lucky for the visitors, whose notoriously mean defence proceeded to shut up shop to such good effect that Urwin remained untested, in spite of two attacking County substitutions. 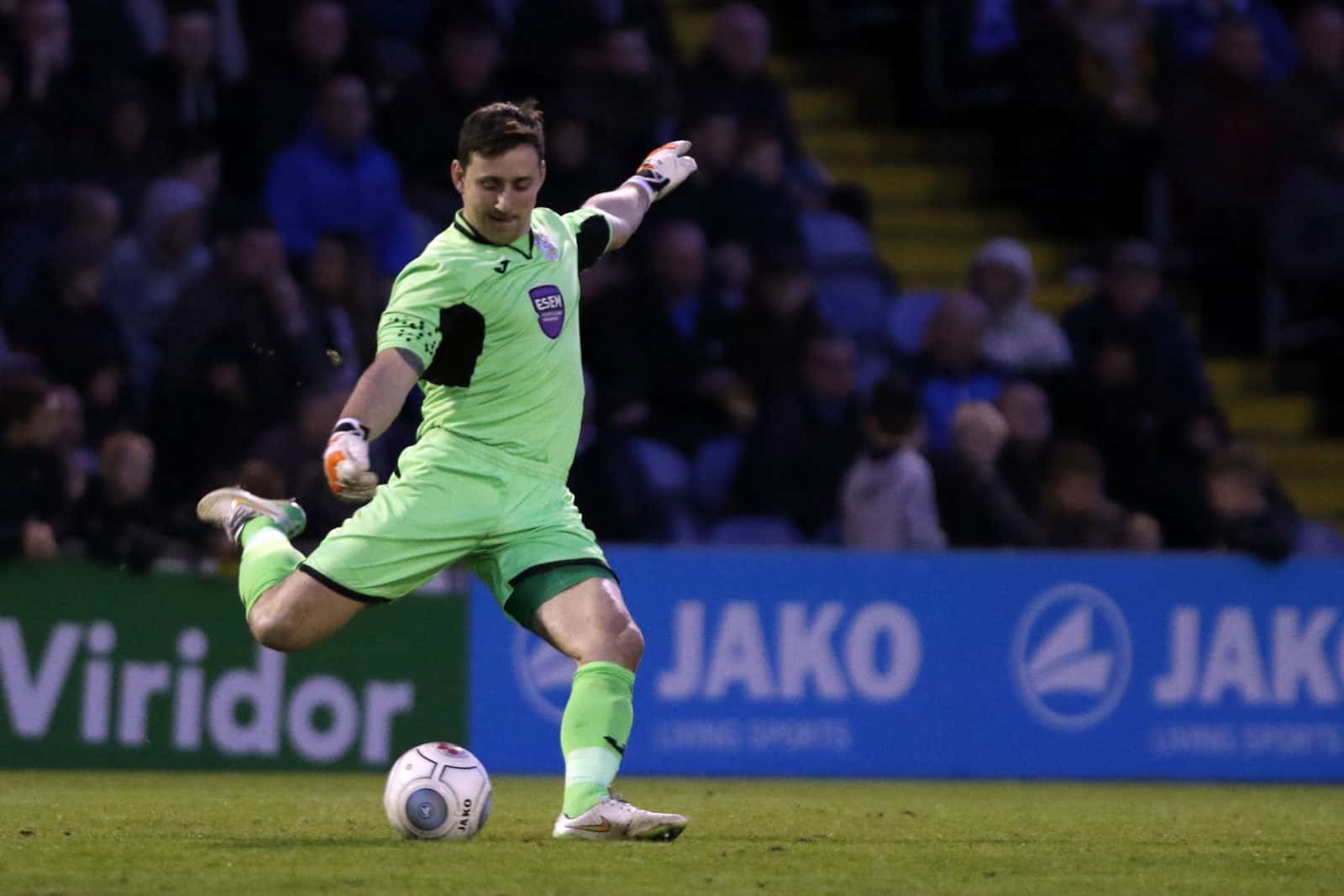 It fell to one of the substitutes, Darren Stephenson, to go closest when, a minute from time, his shot was headed behind by Josh O’Keefe. And although Hinchliffe did well to prevent a doubling of the deficit when he tipped a late Newby effort around the left upright, the game, following County’s most positive season in a decade, proved one too far for the Hatters – who must now ready themselves to embark upon a sixth successive campaign in non-league’s second tier. 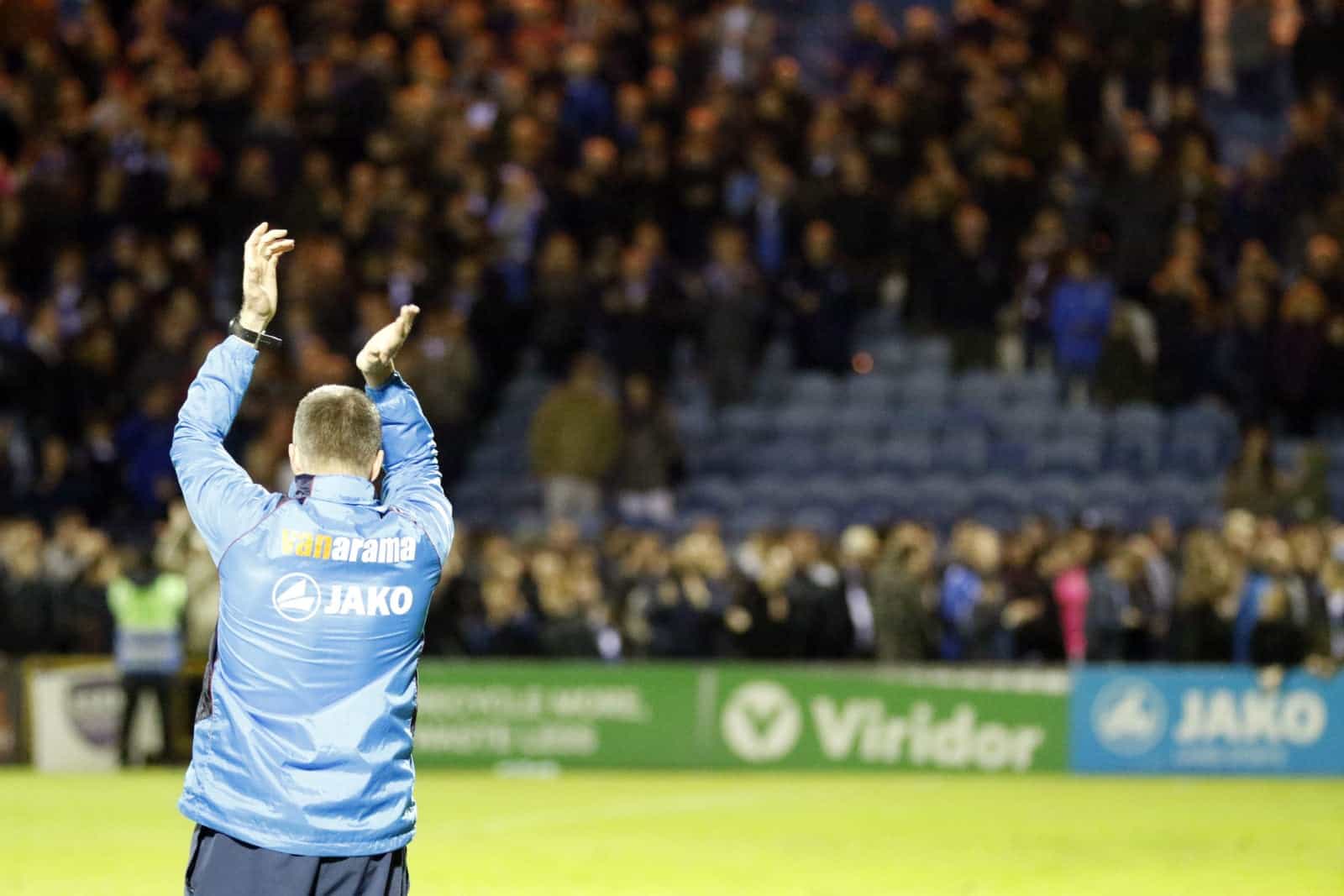