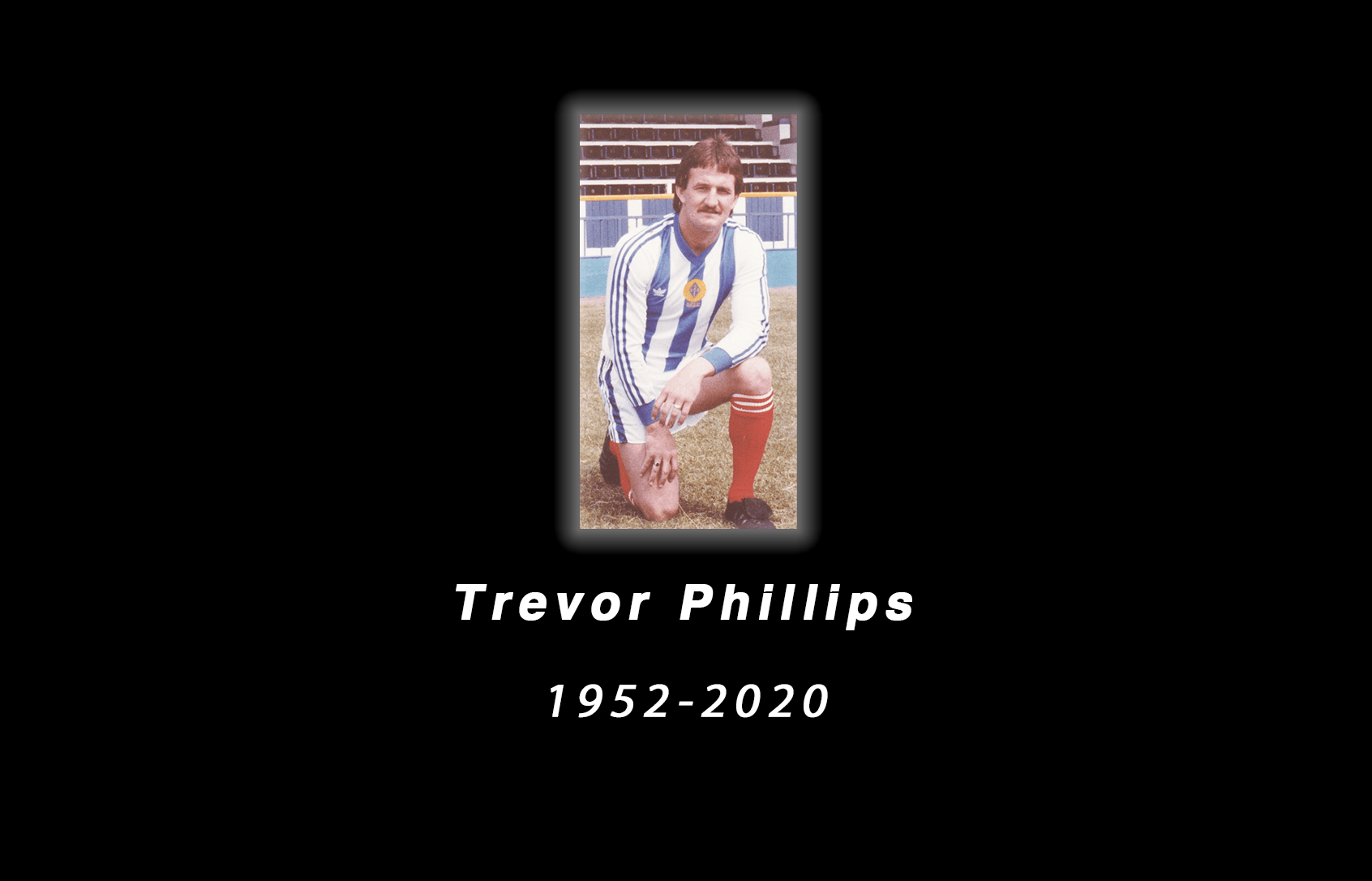 Everyone at Edgeley Park was saddened to hear of the death of our former player Trevor Phillips (SCAN 865) who died recently at the age of 68.

Born within a stone’s throw of Oakwell, and a Barnsley Boys player, it was somewhat of a surprise when the highly prized youth player joined local rivals Rotherham. At Millmoor, the fast paced forward become a key player in a strong side that reached the FA Youth Cup quarter finals on two occasions. Phillips was awarded three England Youth caps, which was a notable achievement for a player in the 3rd Division.

He soon established himself in the Millers first team, making his debut as a 17 year old. Over a ten year period he made 264 appearances scoring 91 goals.

He moved to Hull City in 1979 before moving to Chester FC where he played alongside Ian Rush.

Phillips came on loan to Edgeley Park in March 1982 at a tumultuous time. He made his home debut wearing the infamous “Argentina” kit in its penultimate appearance at Edgeley Park. With County on the edge of the re-election zone, he was Jimmy McGuigan’s final signing before he was replaced by Eric Webster. Phillips had played for McGuigan at Rotherham and was described by the manager as “a lively player who likes to go forward”.

In a team struggling to score goals, Phillips made a critical impact when he scored the winning goal in the 1-0 away victory at Colchester (only our second all season), that secured County’s position of safety outside the bottom four.

In the summer that followed, Phillips signed permanently for The Hatters alongside another forward, Micky Quinn. With Quinn at his very best (scoring 24 goals) and Phillips contributing nine, County finished comfortably in a mid-table position. Phillips scored his final goal for County at Edgeley Park against his former club Chester FC.

Despite the season finishing with County’s whole future under a far cloud due to an unpaid tax bill, this campaign is fondly remembered by many County fans.

Trevor left County at the end of the 1982-83 season, returning to play for Chester FC before moving to Oswestry where he ended his football career. He remained living in the Chester area and worked as a painter and decorator. We send our deepest condolences to Trevor’s family and friends at this very sad time