Robinsons and Help For Heroes Back County 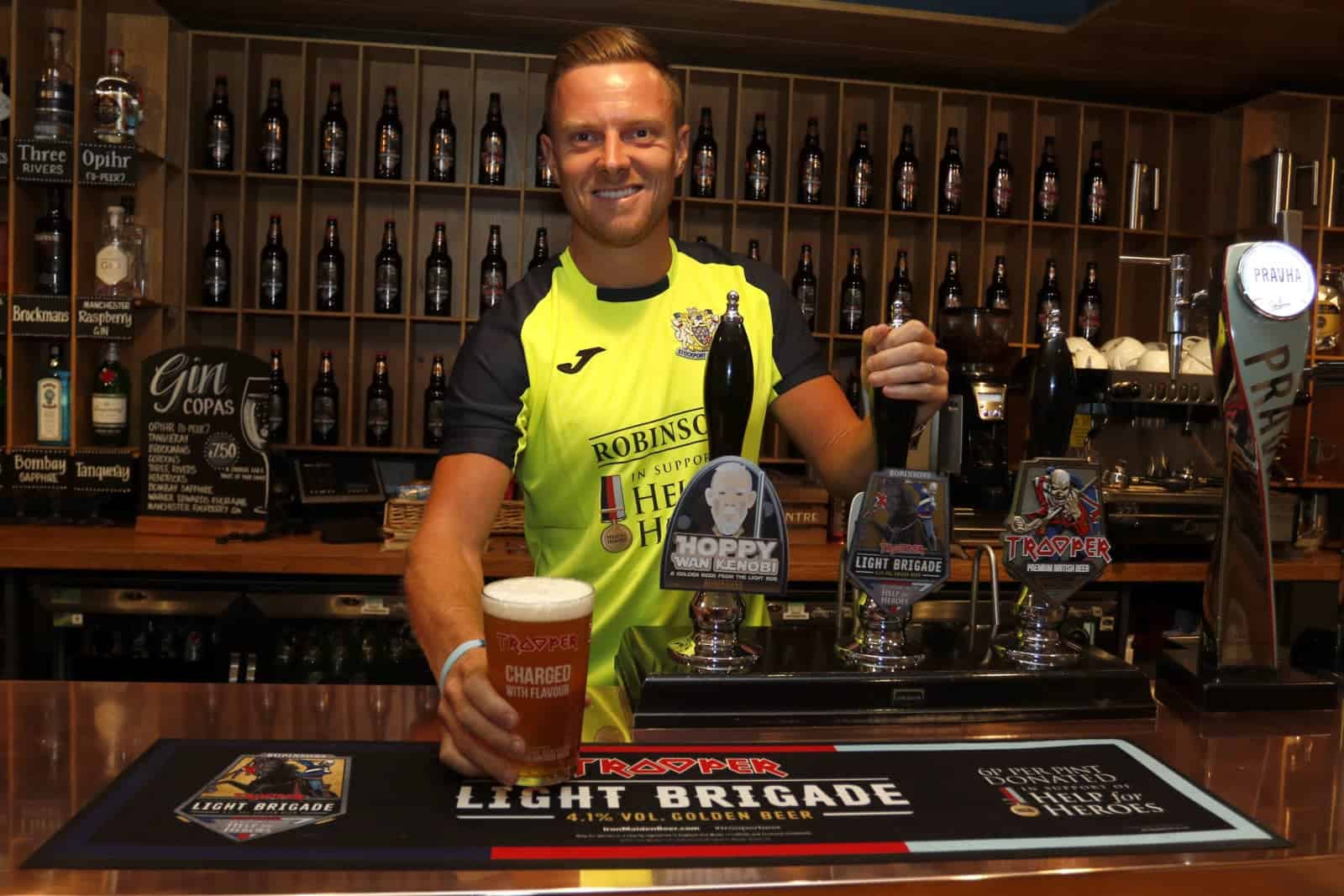 Stockport County FC and Robinsons Brewery are delighted to announce that the Robinsons brand will once again adorn the front of Stockport County’s playing kit in the 2018/19 season. This year, however, Robinsons will share the shirt space with a new partner to the kit – Help for Heroes – with £3 per shirt sold being donated directly to the charity.

The 180-year-old family brewers, Robinsons, will sponsor the alternate away strip alongside Help for Heroes; the British charity that supports Armed Forces Personnel, Veterans and their families who have suffered injuries or illness as a result of their service to the Nation. 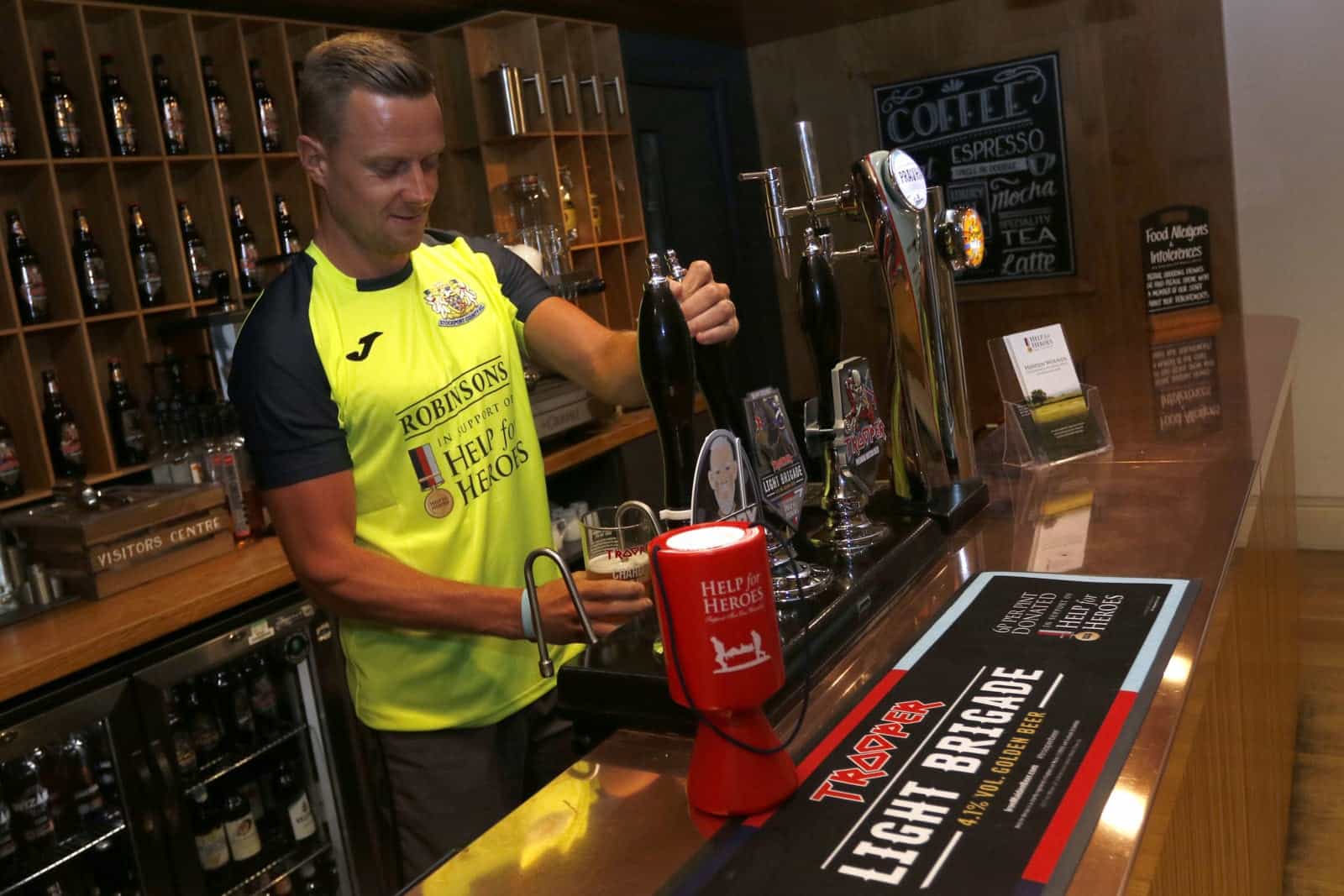 Robinsons – who celebrate their 180th anniversary this year – met with Help for Heroes back in the summer of 2017 to explore the possibility of launching a new beer. Robinsons and Iron Maiden, who jointly launched TROOPER beer 5 years ago (which has now sold over 20 million pints worldwide) were immediately enthusiastic about the idea and thus Light Brigade was born.

Robinsons launched LIGHT BRIGADE – a 4.1% ABV unique golden English ale brewed in collaboration with British rock legends IRON MAIDEN and Help for Heroes – at the start of the 2018; with 6p of each pint and 5p of each bottle sold being donated directly to the charity. 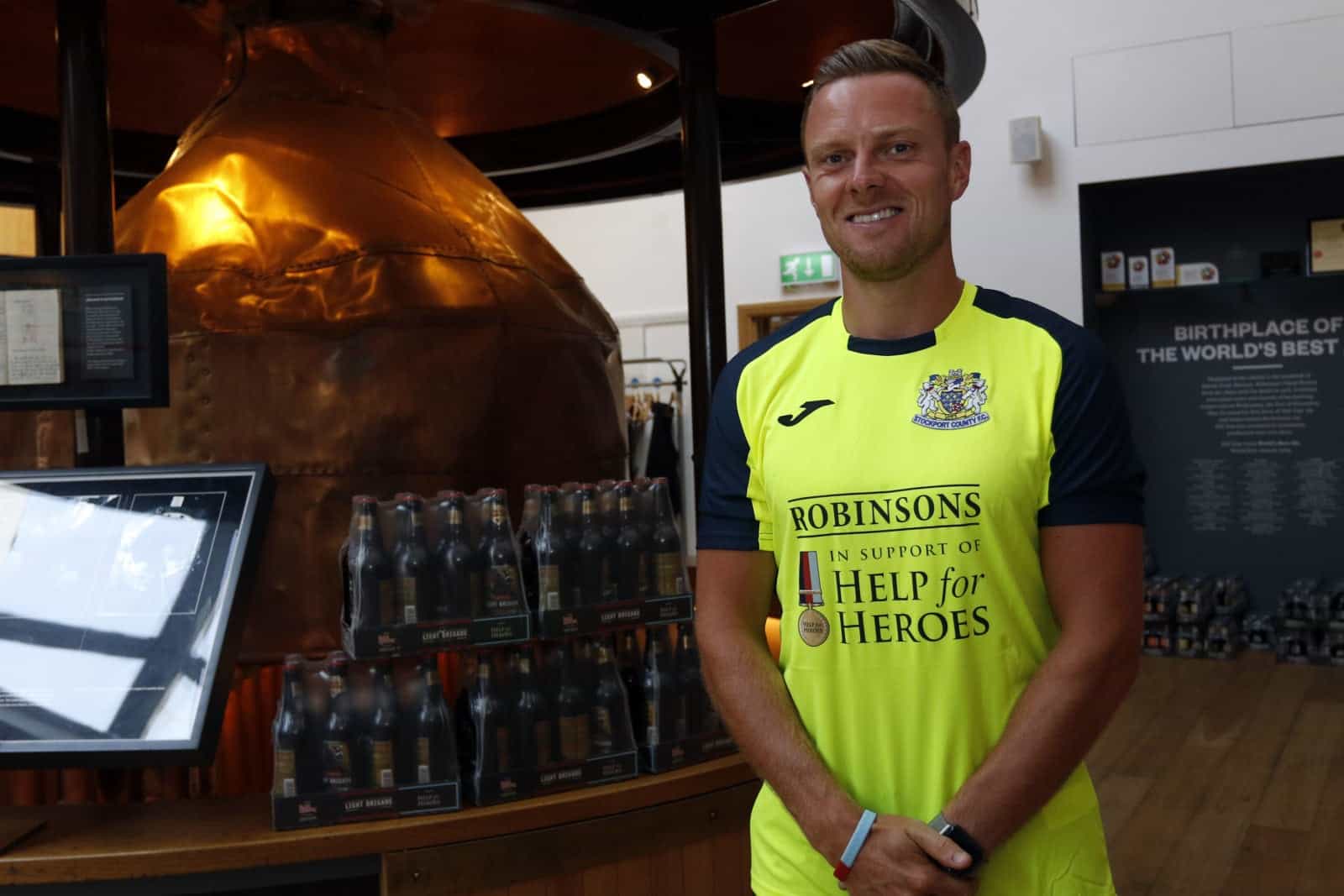 The Stockport County shirt sponsorship, which will see £3 from every shirt sold donated to Help for Heroes, is a fitting way to bring together one of Stockport’s oldest commercial partnerships with one of its newest.

Ben Robinson, Director of Sales for the family brewery, commented: “We have a long history with Stockport County… for many years County players and fans wore shirts with ‘Robbies Best Bitter’ on the front; we’re hoping our Help for Heroes shirts will be met with equal approval. And, what’s more, every shirt sale will help make a genuine difference to the charity and the heroes they support. We are extremely passionate about raising money for Help for Heroes, who are celebrating their 10-year anniversary this year, and it’s really wonderful that Stockport County FC are supporting the cause.”

“This extension of our sponsorship deal is a sign of our commitment to our home town and we look forward to working together with Stockport County FC as they get back where they belong under the fantastic management of Jim Gannon.”

Robinsons returned to County in 2014 after a 12-year absence and have backed the club ever since. 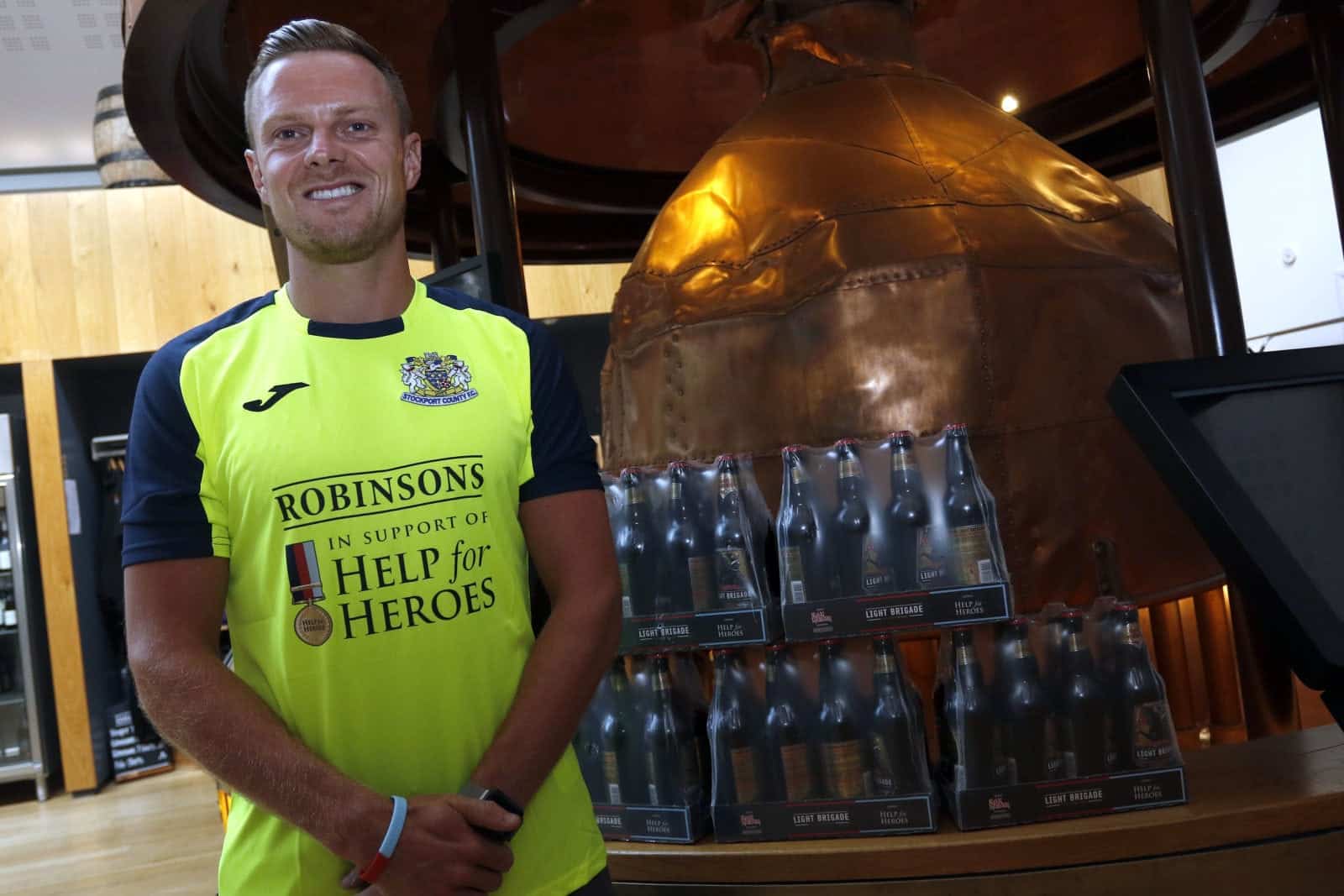 Stockport County Commercial Manager Simon Dawson said: “Robbies is an iconic brand, particularly in this town, and one of our key partners, so naturally we’re delighted to have them involved with Stockport County again for the new season and we’re very proud to be supporting the fundraising efforts for Help for Heroes.  We are grateful to Ben and the whole team at Robinsons for their continued support.”