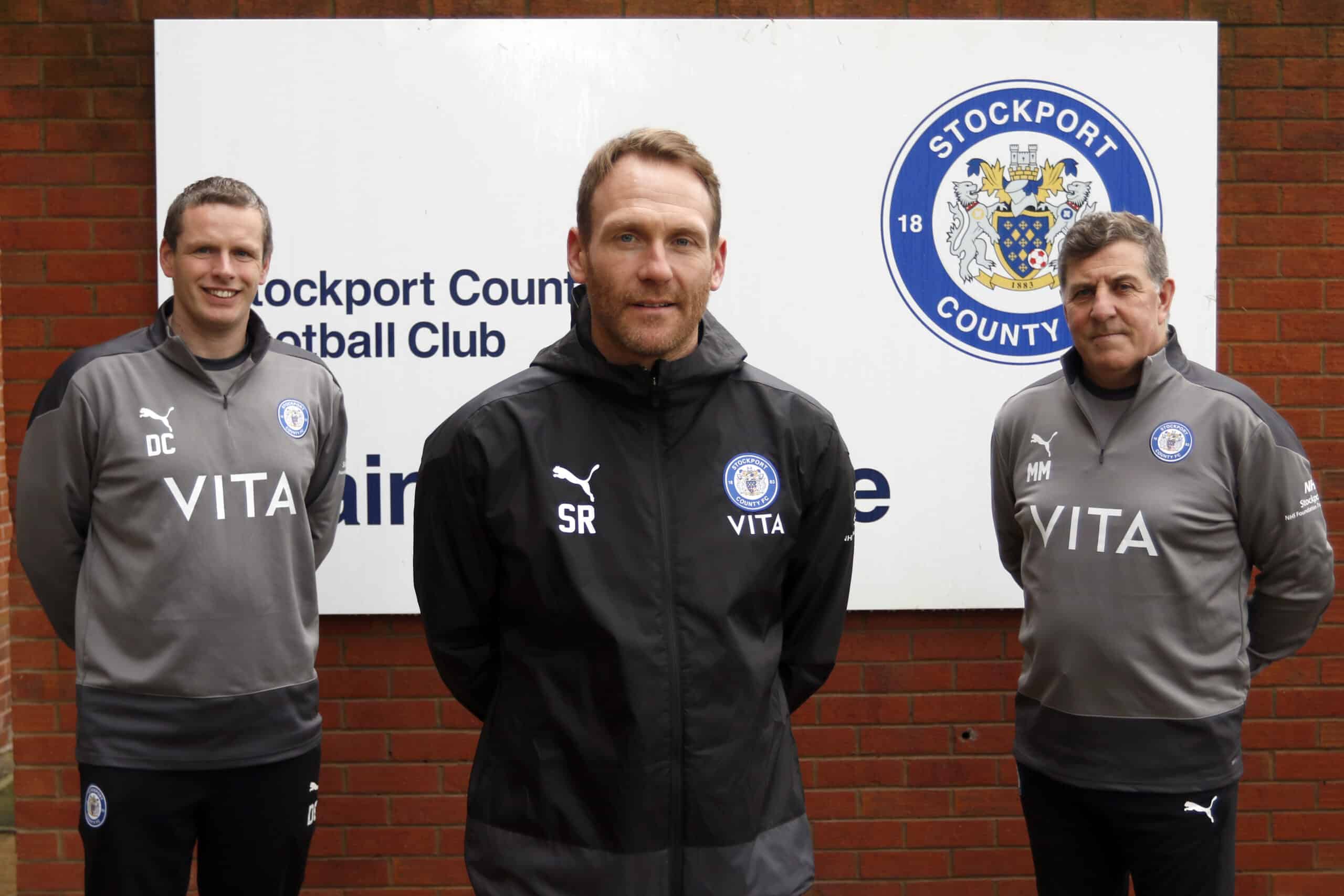 Stockport County Football Club are pleased to confirm the appointment of Simon Rusk as new Club Manager on a three-and-a-half-year contract. Simon Rusk will be joined by Mark McGhee and Dave Conlon as Assistant Managers.

Simon Rusk joins the Club from Brighton where he has been under-23s coach for six years, after three years as under-18s coach. During this time, he has developed several young players into Brighton’s Premier League squad and top EFL clubs. He also enjoyed two spells as First Team coach under Chris Hughton.

Mark McGhee brings a wealth of experience to the role having previously managed Leicester, Wolves and Motherwell, and had a spell as assistant coach for the Scotland national team.

“As fans might expect we were inundated with interest in the role, from a variety of backgrounds, from highly experienced been-there-done-it types, to fresh thinking emerging profiles.

“Simon is a young talent, very highly regarded in the industry and supported by Mark and Dave, we think we have found the best of all worlds.

“Simon follows the recent successful trend of highly regarded and hungry U23 team coaches coming into 1st team management. His education, time in the trenches and experience across the divisions give him the perfect background for success.

“Behind him, with nearly 1000 games and three EFL promotions, including two titles, we welcome Mark McGhee. Completing the management team, providing vital continuity and National League insight is Dave Conlon, and along with Karlos, Nick, Sean and Luke I feel we have a great backroom team for the club and its current players.

“I appreciate recent events will have come as a shock but I’d like to thank fans for their continued support and hope everyone can get behind our new management team as we continue to progress the club back towards League status.”

“It’s an honour and a privilege to be the manager of such a great football club. Stockport County has rich tradition and an incredibly loyal fanbase, I’m looking to continue the great work that’s been done and can reassure fans I will devote everything to the role.

“We have a fantastic squad with great infrastructure and can’t wait to start working with the players. Stockport County need to be back in the EFL and I believe together with Mark and Dave we can steer the Club to success.” `

Simon and the new team will take their first training session tomorrow.

Hear more from Simon Rusk in his first interview as Stockport County manager:

Mark McGhee talks about his appointment of Assistant Manager to Simon Rusk:

Hear the thoughts of Dave Conlon, after confirmation that he will remain in his post as Assistant Manager: