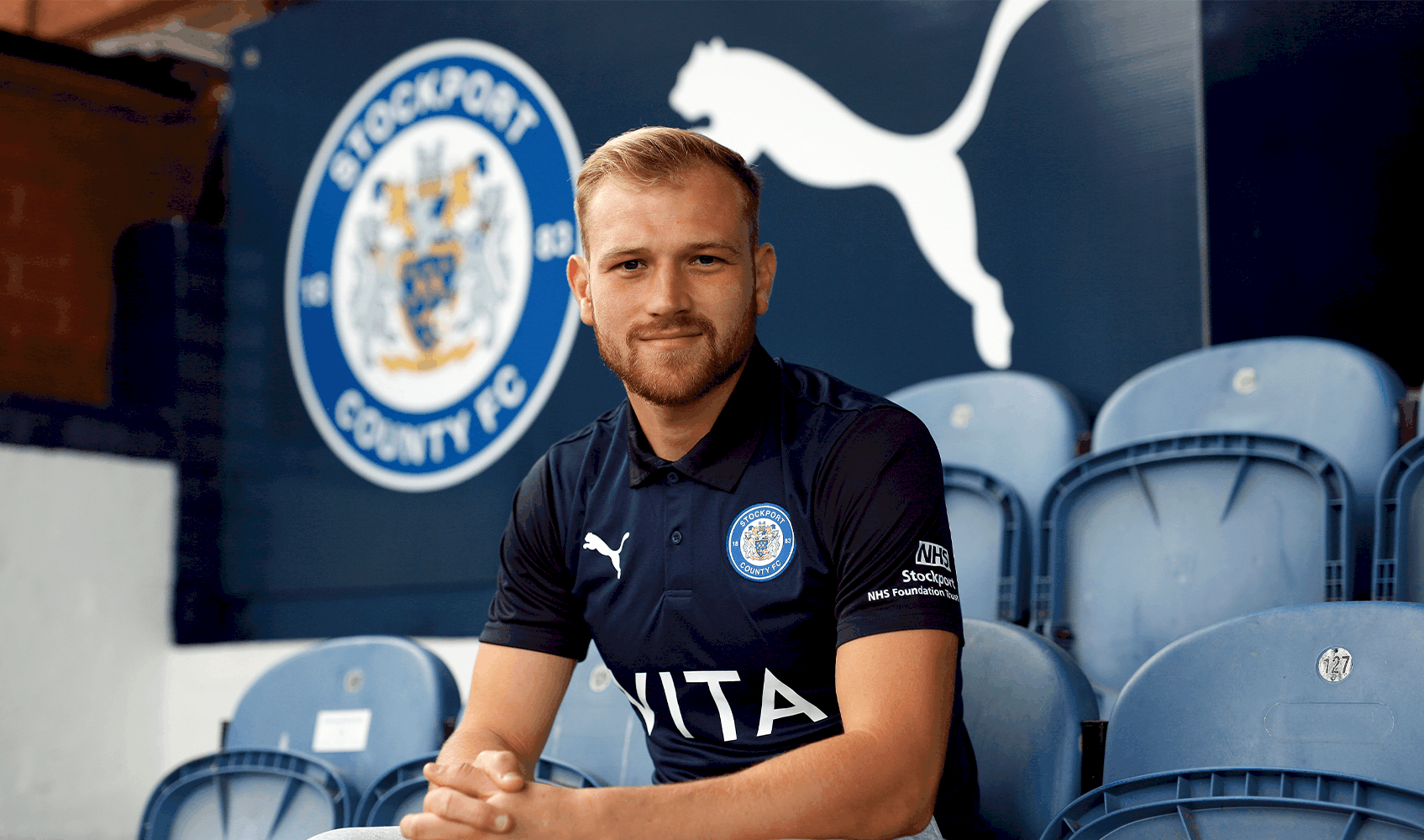 The Club are delighted to announce the signing of midfielder Ryan Croasdale, following his release from AFC Fylde.

The former Kidderminster man has signed a three-year deal at Edgeley Park, and trained with the first-team squad for the first time this afternoon.

Ryan began his career coming through the academy at Preston North-End, making one competitive appearance for the Club, whilst also enjoying loan spells at non-league Tamworth and Stalybridge.

The England C international then spent two years at Sheffield Wednesday before moving to Kidderminster in 2016, scoring his first goal for the Harriers against County at Edgeley Park, in a 1-0 away win.

After being named Club Captain in his second year at Kidderminster, Ryan then moved on to AFC Fylde in 2018, for a fee of £50,000. He spent two years at Mill Farm, making over 50 appearances and helping them to the 2019 National League Play-Off final, and to victory in the FA Trophy at Wembley, scoring in their semi-final victory at Edgeley Park.

He was again on the scoresheet against County last season, but couldn’t prevent his side from falling to a 2-1 defeat, in a season that would go on to see the Coasters relegated.

“Ryan is a player I have always admired since I saw him playing for Kidderminster Harriers. He is a hard working, very conscientious and talented midfielder. He always displays a real array of defensive and footballing qualities that mean he looks comfortable in any midfield role.”

“In recent seasons, having watched him in close quarters against County, I have been impressed with the application of his all round athleticism to add another attacking dimension to his game, and he has scored an impressive number of goals from midfield.”

“We are very fortunate to find such a talented player available on a free transfer due to the situation he found himself in at his previous club. All I can say is that having met the player, and asked many people in the game about him, he has a great character, and professionalism that belies the way in which he has been treated, and the situation that he and his young family find themselves in.”

“I am delighted to have Ryan aboard. Adding another central midfielder for the season ahead was vital in securing the quality and depth needed for a successful campaign. It will be another major boost for our fans as they look forward to the start of the season this weekend.”