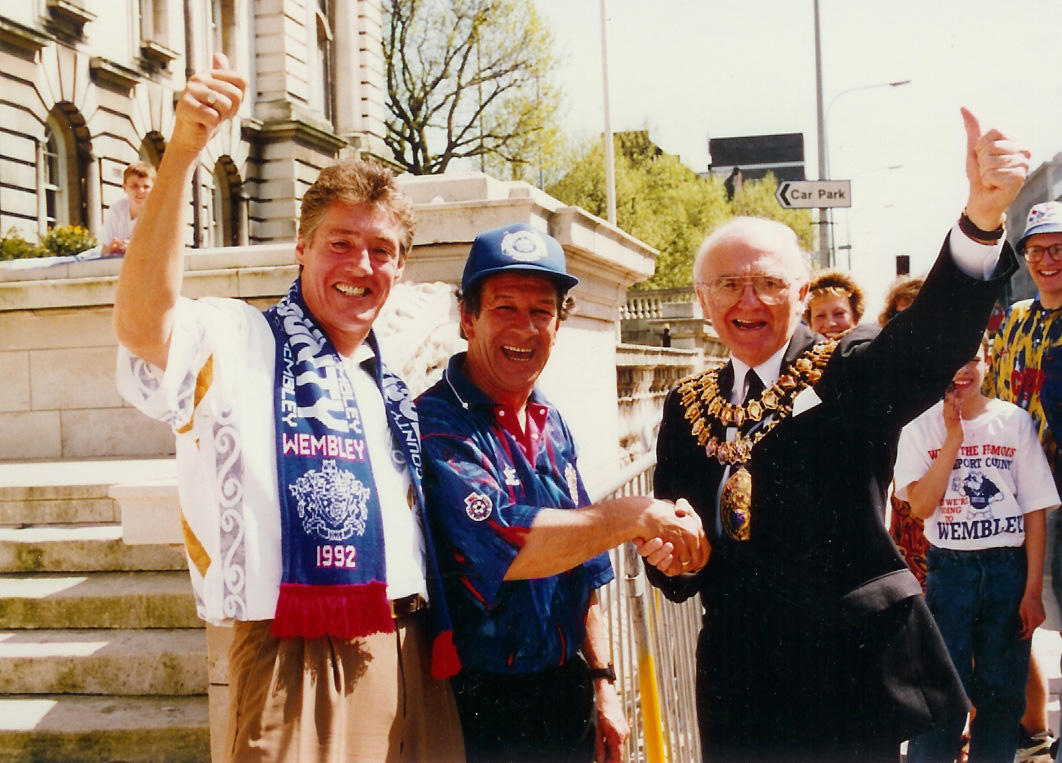 The Stockport County Supporters Co-Operative and Help The Hatters have confirmed that award-winning sculptor Hannah Stewart has been commissioned to design a life-size bronze statue of our legendary manager, Danny Bergara.

See below for a full statement from the co-op:

Award-winning, Sussex based sculptor, Hannah Stewart has been commissioned by the Stockport County Supporters Co-operative and Help the Hatters to design a full life size bronze statue of County’s legendary former Uruguayan manager, Danny Bergara. The statue will be located outside the Cheadle End stand at Edgeley Park.

The statue appeal has also been given a significant boost, as Stockport County owner, Mark Stott has pledged £10,000, to take the overall total raised to nearly £40,000. The two supporter’s groups would like to thank Mark for this very generous gesture.

Hannah was commissioned by leading advertising agency AMV BBDO, on behalf of their client Mars to create a sculpture of professional female footballer Lily Parr, which is exhibited at the National Football Museum in Manchester. A prolific attacker, Lily scored over 1,000 goals during her thirty-year career and was considered one of the country’s greatest players of her generation.

Lily was born in 1905 into a working-class community in St Helens, it was during the First World War that she had the chance to play football at 15 years old, with the most successful team of the time – Dick Kerr Ladies.  Sadly in 1921, the Football Association declared the game ‘unsuitable’ for women and they banned their member clubs from hosting games, making it very difficult for women’s football to attract significant numbers of spectators.

Large scale work includes ‘Mary and Jesus – Mother and Son’ a life size bronze, commissioned by The London Oratory School. Further casts of this work were purchased by St Kevin’s College, Melbourne and Aquinas College, Perth, Australia. ‘Hauling Man’ is a life-size bronze commissioned by Kier for the new Tesco store in Hailsham to celebrate the history of rope making in the area. ‘Iguanodon’ is a two-meter long bronze dinosaur commissioned jointly by The Cuckfield Society, Cuckfield Parish Council and Mid Sussex District Council for a new play area.

Stockport County supporters will have an opportunity to learn more and ask questions, at a “Meet the Sculptor” evening, which will take place in the early stages of the forthcoming 2022–23 season. Hannah will provide a presentation on her portfolio, the process of designing and creating a statue and some sketches of Danny. We will be joined by some of Danny’s former players, to make the evening even more special.

For more information about the appeal, visit www.dannybergarastatue.co.uk.