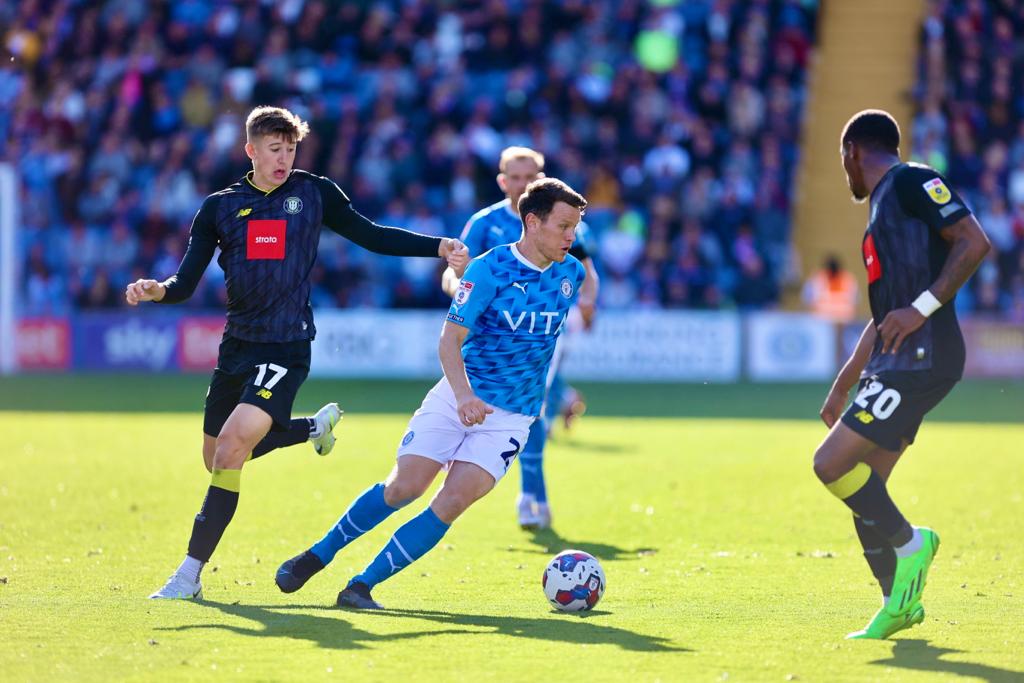 Ben Hinchliffe returns in goal for County with Vit Jaros away on international duty with Czech Republic U21s, behind a back three of Joe Lewis, Ash Palmer and Mark Kitching.

Elliot Newby and Ryan Rydel are the wing backs, either side of a midfield three of Johnson, Myles Hippolyte and Connor Evans.

Paddy Madden returns from suspension to lead the line, alongside Connor Jennings. Academy midfielder Keane Barugh could also make an appearance for the first time this season – he takes a place on the bench, as does goalkeeper Bobby Jones.

Macauley Southam-Hales and Callum Camps out injured, whilst Chris Hussey is cup-tied after playing against County earlier in the competition.